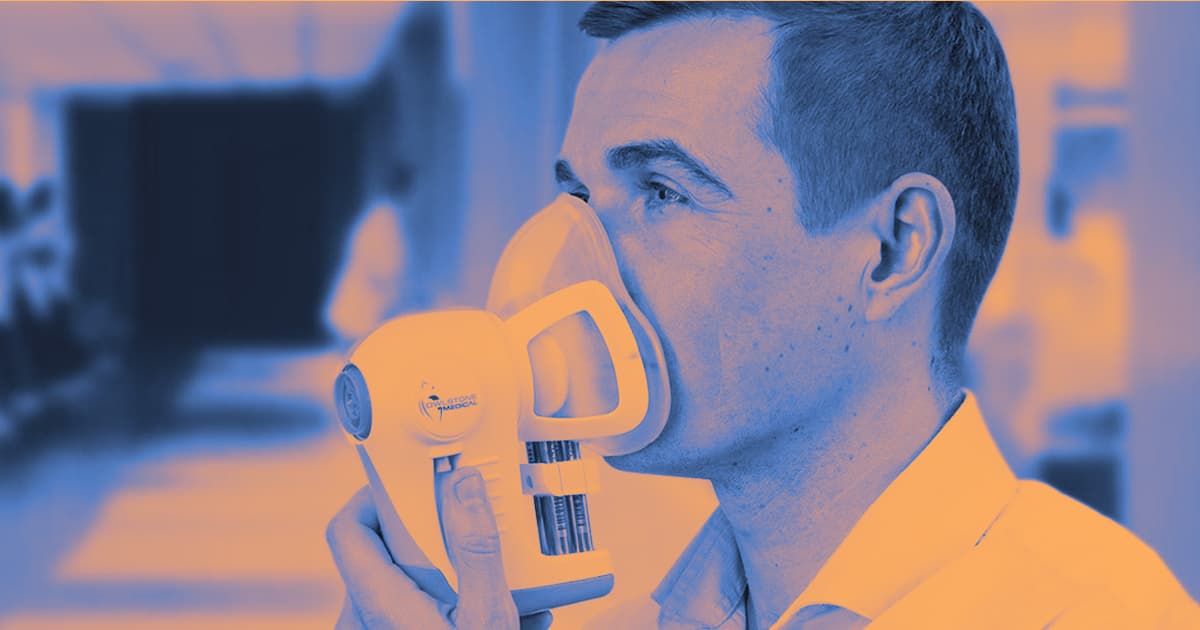 By breathing for just 10 minutes, 1,500 people could help usher in the future of cancer detection.

On Tuesday, a team of UK researchers launched a clinical trial to test a cancer-detecting breathalyzer. The device is designed to recognize molecules that indicate a range of cancers — and if it works as hoped, it could lead to a paradigm-shifting new era of non-invasive cancer screening.

The device is called Breath Biopsy, and UK-based diagnostics company Owlstone Medical designed it to detect volatile organic compounds (VOCs). The presence of certain VOCs in a person's breath can indicate cancer before other symptoms appear.

For the Cancer Research UK-led trial, researchers will direct 1,500 participants to breathe into the device for 10 minutes each. The team is currently on the hunt for participants who have suspected esophageal, stomach, prostate, kidney, bladder, liver, or pancreatic cancer, as well as healthy people to serve as a control group.

Once the researchers have collected those samples, the first step will be figuring out if the device can detect differences between the breath of healthy people and people with cancer. After that, the researchers hope to find out whether the technology can differentiate between various cancer types, with the goal of publishing their research in 2021.

This isn't the first example we've seen of a cancer-detecting breathalyzer. However, according to a Cancer Research UK press release, it will be the first trial to "investigate multiple cancer types."

If the trial goes well, the researchers believe Breath Biopsy could one day become a fixture in the offices of general practitioners, offering them an easy way to screen patients for a variety of cancers.

"There is increasing potential for breath-based tests to aid diagnosis, sitting alongside blood and urine tests in an effort to help doctors detect and treat disease," Owlstone CEO Billy Boyle said in the press release. "The concept of providing a whole-body snapshot in a completely non-invasive way is very powerful and could reduce harm by sparing patients from more invasive tests that they don’t need."

READ MORE: A Breath Test With the Goal of Detecting Multiple Cancers Is Ready to Start Trials [Cancer Research UK]

More on cancer breathalyzers: Breath-Scanning Tech May Be the Future of Cancer Detection