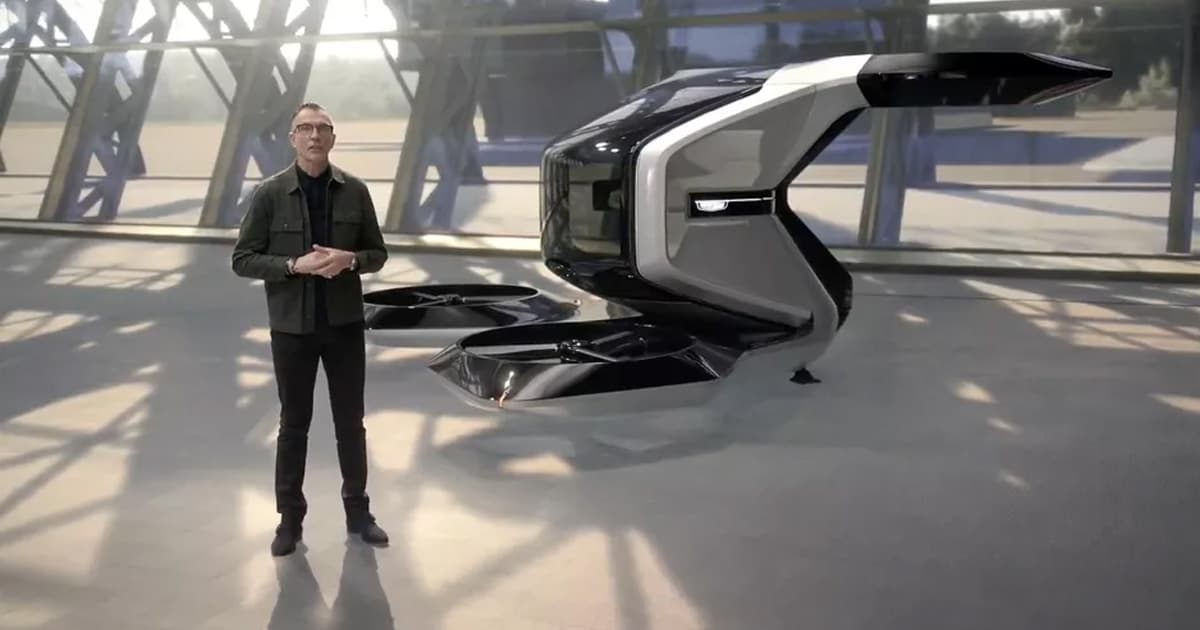 If You Can Afford It

General Motors has shown off two truly wild-looking autonomous vehicle and flying car concepts at this year’s virtual-only CES. Both concepts fall under the carmaker’s luxury-oriented Cadillac brand, promising a plush and comfortable vision of the not-so-distant future.

Neither concept, both of are part of Cadillac’s Halo portfolio, are meant to go into production any time soon — that is, if they ever make it into production at all, since that’s not really the point.

As the brand name suggests, the autonomous vehicle is decked out with a sectional-style, plush seating arrangement, allowing you to chat comfortably as the vehicle takes care of the driving.

The car can adjust anything from temperature, humidity and down to the scent being pumped into the car, all based on data from biometric sensors reading the passengers’ vital signs, as CNET reports.

Voice and hand-based gesture controls largely eliminate the need for any buttons or dials in the interior of the vehicle as well.

Cadillac’s electric vertical takeoff and landing (eVTOL) aircraft, on the other hand, looks a lot like other flying taxi concepts we have seen in the past. A single electric motor powers four rotors, allowing it to carry just a single passenger to a nearby destination at 56 mph.

We don’t have an awful lot of details beyond just that, which makes sense as this is mostly a design exercise at this point, as The Verge points out.

General Motors also revealed more details about its upcoming ultra-luxury electric vehicle called Celestiq. The car will include a “four quadrant” smart glass roof as well as a “pillar to pillar” display that runs the entire width of the car, as Engadget reports.

More on GM: Huge Amounts of Money Are Pouring Into the Electric Vehicle Market