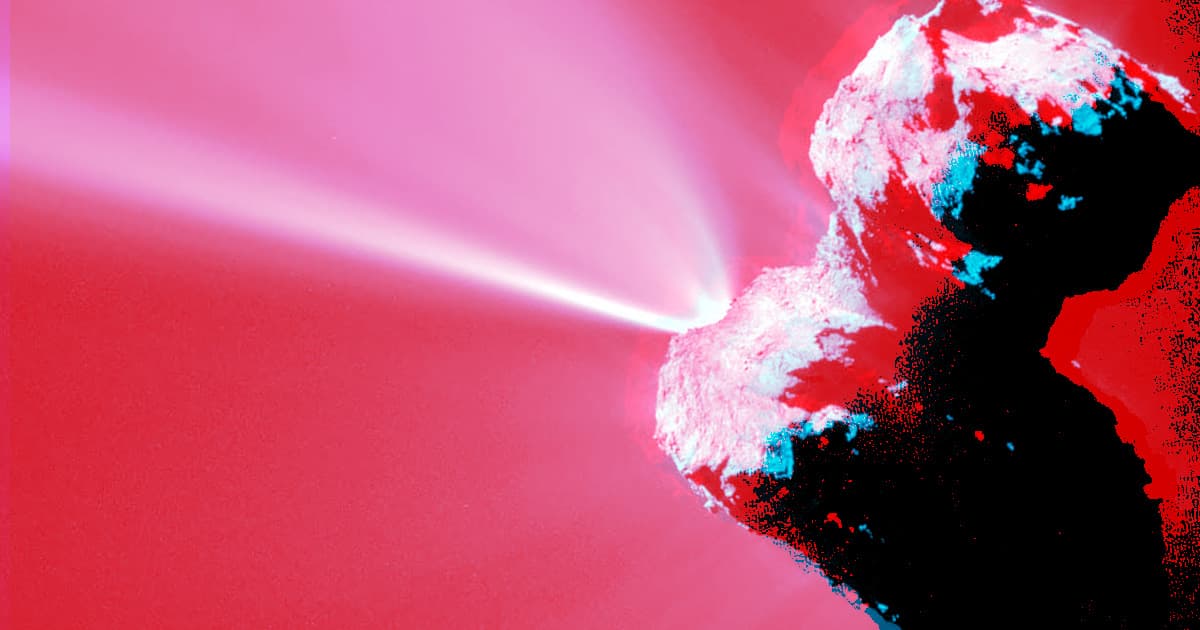 According to new research, the amino acids can form in the void of space, before planets or even stars, in a phenomenon termed "dark chemistry."

According to new research, the amino acids can form in the void of space, before planets or even stars, in a phenomenon termed "dark chemistry."

In recent years, scientists have found amino acids and proteins — the building blocks of life as we know it — on pristine space rocks, suggesting that the biomolecules can form in space.

Now, new research published in the journal Nature Astronomy shows that those amino acids could, theoretically, even predate stars and planets themselves. In fact, it finds, they can form in the vacuum of space without needing any energy — a phenomenon termed "dark chemistry."

In the study, scientists from Queen Mary University of London recreated the vacuum of space and synthesized the amino acid glycine using chemical reactions that don't require the input of energetic radiation. In doing so, they say, they debunked the notion that the energy from a star is necessary to synthesize glycine.

"The important conclusion from this work is that molecules that are considered building blocks of life already form at a stage that is well before the start of star and planet formation," study coauthor Harold Linnartz, astrophysics director at Leiden Observatory, said in a press release.

The research suggests that the amino acid could have formed before the Earth even existed, gradually accreting onto comets and other space rocks that found their way to our planet.

"In the end, this enriched organic molecular inventory is included in celestial bodies, like comets, and delivered to young planets, as happened to our Earth and many other planets," lead author and Queen Mary engineer Sergio Ioppolo said in the release.

More on space aminos: Scientists Discover Protein in a Meteorite