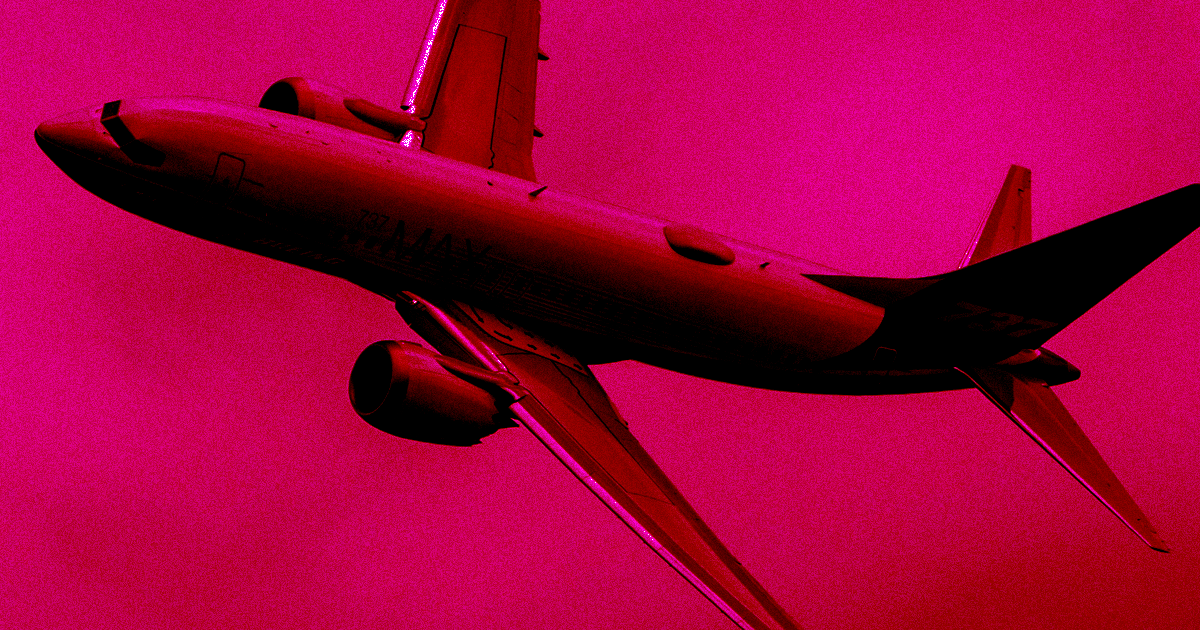 Ground to a Halt

On Monday, Boeing announced it will temporarily halt production on its 737 MAX passenger jet starting in January.

The decision comes nine months after the company grounded its most popular passenger jet, a move prompted by two deadly crashes in the span of five months — and it could be taken as a sign that the jets won't be returning to the air any time soon.

The first Boeing 737 MAX crash occurred in October 2018, with all 189 passengers onboard dying. The following March, another one of the jets crashed, this time killing all 157 passengers.

Within days of the second crash, Boeing announced it would ground all of its 737 MAX jets worldwide. However, it continued to produce the controversial aircraft, albeit at a slower pace, and according to a newly released statement, it currently has approximately 400 of the planes in storage.

On Wednesday, Reuters reported that an email from Federal Aviation Administration chief Steve Dickson to Congress made it clear the agency didn't plan to recertify the jet in 2019 — despite Boeing suggesting publicly that it might.

Dickson was "concerned that Boeing continues to pursue a return-to-service schedule that is not realistic," the email read, according to Reuters, with Dickenson later writing that "the administrator wants to directly address the perception that some of Boeing’s public statements have been designed to force FAA into taking quicker action."

More on the 737 MAX: Confused Pilots Were Reading Boeing 737 Handbook as Plane Crashed