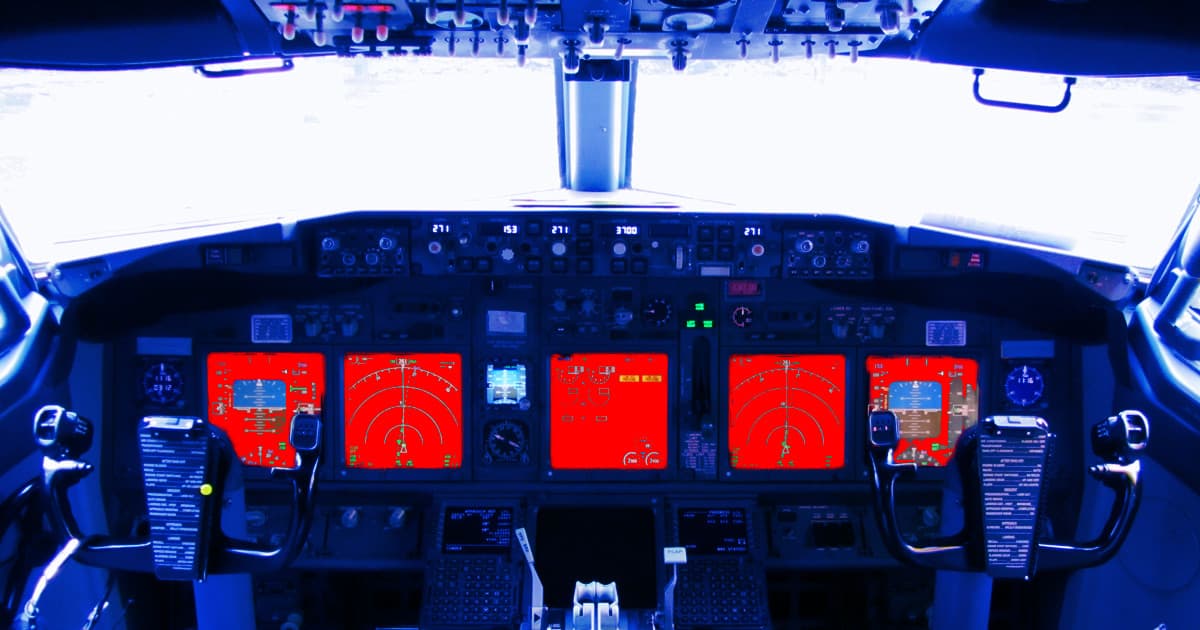 "All six [displays] stayed blank until a different runway was selected."

"All six [displays] stayed blank until a different runway was selected."

A bug in Boeing's 737 NG airplanes' software caused all six of the main screens inside the cockpits to go blank during landing procedures at specific airports, The Register reports. The Register spotted the glitch in an airworthiness directive, issued by the Federal Aviation Administration (FAA) on December 27.

"All six display units (DUs) blanked with a selected instrument approach to a runway with a 270-degree true heading, and all six DUs stayed blank until a different runway was selected," reads the directive.

Curiously, the glitch only occurred when the pilot attempted to land in a westward direction. Seven runways, five of which are in the U.S., are affected by the glitch thanks to their "latitude longitude values," according to the document.

The New York Times also reported on Sunday that the wiring layout responsible for controlling the tail of the 737 Max could potentially result in a short circuit and even a crash.

The glitch caps an appalling run of bad news for Boeing, coming less than 24 hours after a Boeing 737-800 crashed shortly after takeoff on a commercial flight from Iran to Ukraine, killing 176. The exact cause of the crash remains to be unknown.

The Boeing 737 NG's successor, the 737 Max, was involved in two deadly crashes that resulted in 346 deaths in October 2018 and March 2019, prompting a lengthy investigation by the FAA.

More on 737s: Boeing Finds Even More Issues With Its Troubled 737 Max Plane