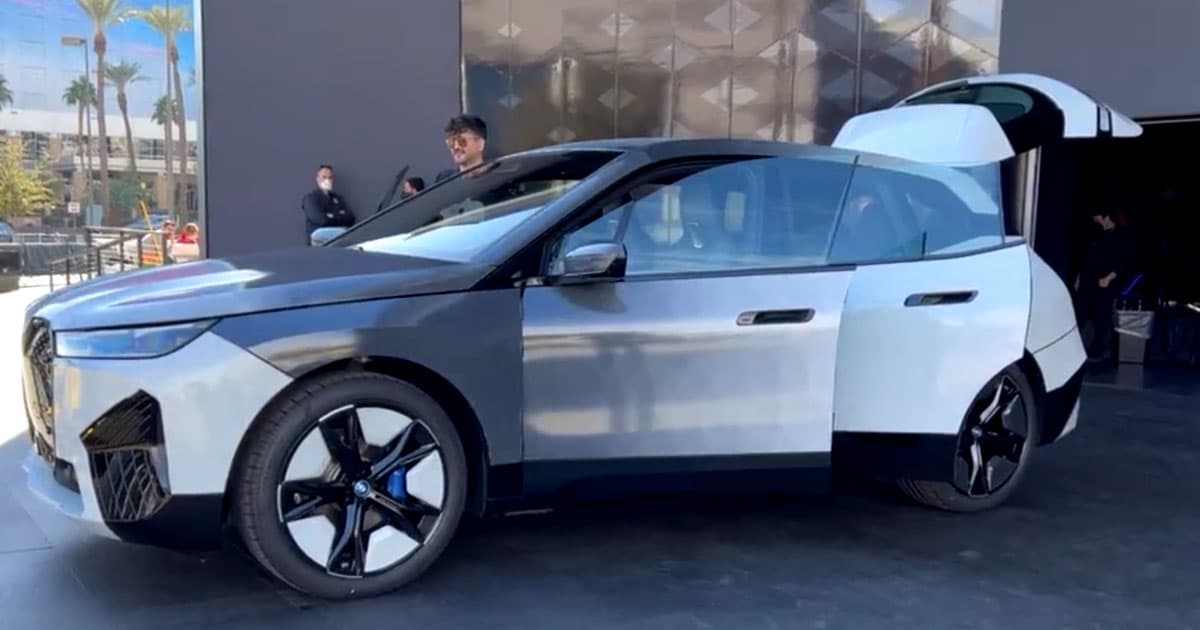 "Perfect for when you need to lose your stars."

"Perfect for when you need to lose your stars."

Here's something wild we didn't expect to see at this year's CES convention in Las Vegas: an electric BMW that can literally change the color of its paint job with the press of a button.

A video that's gone viral on Reddit shows a sleek SUV puttering around a parking lot when it suddenly switches its exterior color from a pearl white to a medium gray in an instant. Oddly enough, the charging port cover stayed white, while the rest of the vehicle darkened.

A different video shared on Twitter shows swirls of grey move across the vehicle like a dark cloud.

Sure, it's a bit gimmicky — but CES is all about gimmicks. And the feature may have other uses, too.

"Perfect for when you need to lose your stars," one Reddit user chimed in, referring to the "wanted level" in the video game franchise "Grand Theft Auto."

This color changing @BMWUSA #iX is wild! It’s apparently very temperature sensitive so they have a backup in a trailer in case this one gets too hot / cold pic.twitter.com/lXG1Gw0IKY

In December, BMW issued a statement that it will show off "the first-ever demonstration of a technology that changes the exterior color of a vehicle with the touch of a button," but didn't elaborate on what that would look like or how it would work at the time.

One Twitter user suggested that the color-changing tech could involve a temperature sensitive finish, but BMW has yet to comment.

Only a few people will be able to see the car in person, thanks to a resurgence of COVID-19 cases.

"Out of an abundance of caution, BMW will move all planned media activities at CES to a fully online program from Germany on January 5," reads a statement from BMW.

While we're still not entirely clear on how the carmaker  managed to pull off the chameleon paint job, we're pretty certain on one thing: this vehicle will be turning a lot of heads at CES this year, given the hype on social media.