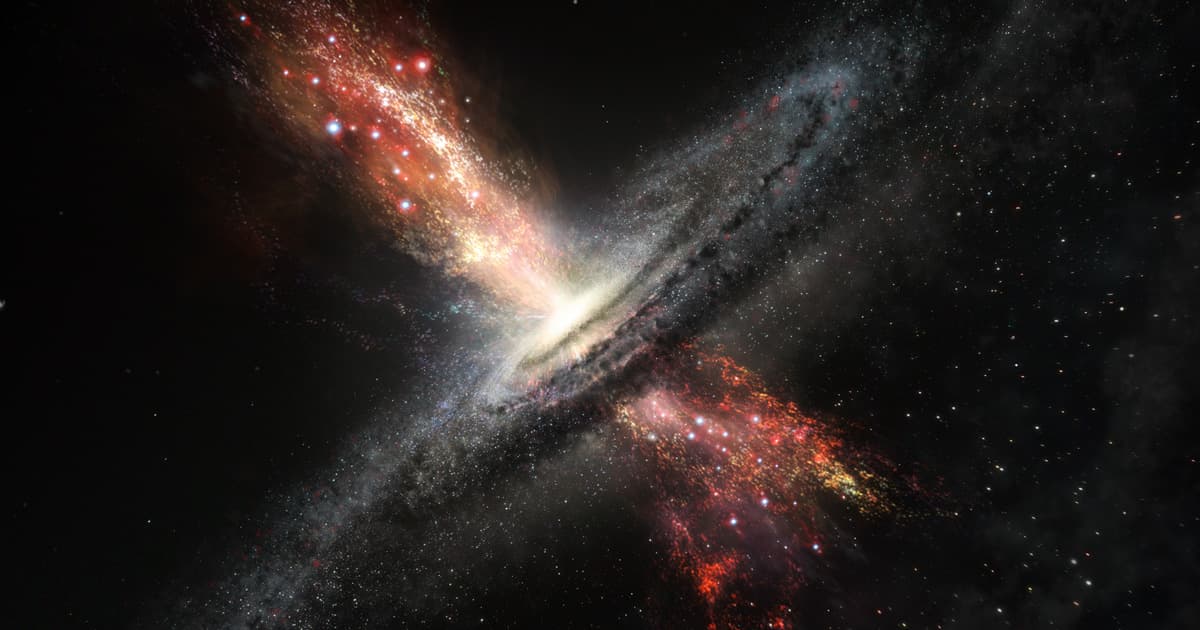 Step aside, supermassive black holes — scientists say that there could be black holes the size of an entire galaxy.

"The supermassive black holes go up to nearly 100 billion solar masses," Queen Mary University of London astronomer Bernard Carr, who worked on the new research, told Futurism. "If we define a SLAB to be larger than this, then its radius must be at least the size of the solar system (around a hundredth of a light-year). Dynamical arguments suggest that the maximum mass for a SLAB in our Universe is 100 billion billion solar masses, with a size comparable to that of the galaxy."

These cosmic monsters, dubbed "stupendously large black holes" (SLABs), could exceed the upper constraints on size and mass that seem to limit supermassive black holes, according to new research Carr and collaborators published in the journal Monthly Notices of the Royal Astronomical Society. These SLABs, even accounting for their incredible density, could be even larger than an entire solar system and perhaps even the size of the Milky Way galaxy.

The key to the research is the idea that SLABs could have formed in intergalactic space during the earliest days of the universe, rather than like supermassive black holes that grow by feasting on stars in the center of a galaxy. Because they form differently, the SLABs therefore wouldn't be constrained by the same size limits as supermassive black holes.

If these theoretical SLABs are real, they could help scientists finally unravel the mysteries of dark matter, the invisible substance thought to make up most of the mass in the universe, Carr explained in a press release. If they do exist out there in interstellar space, SLABs and other primordial black holes could account for much of the universe's unexplained matter.

However, as Carr cautioned Futurism, "we don't know for certain that any SLABs exist."