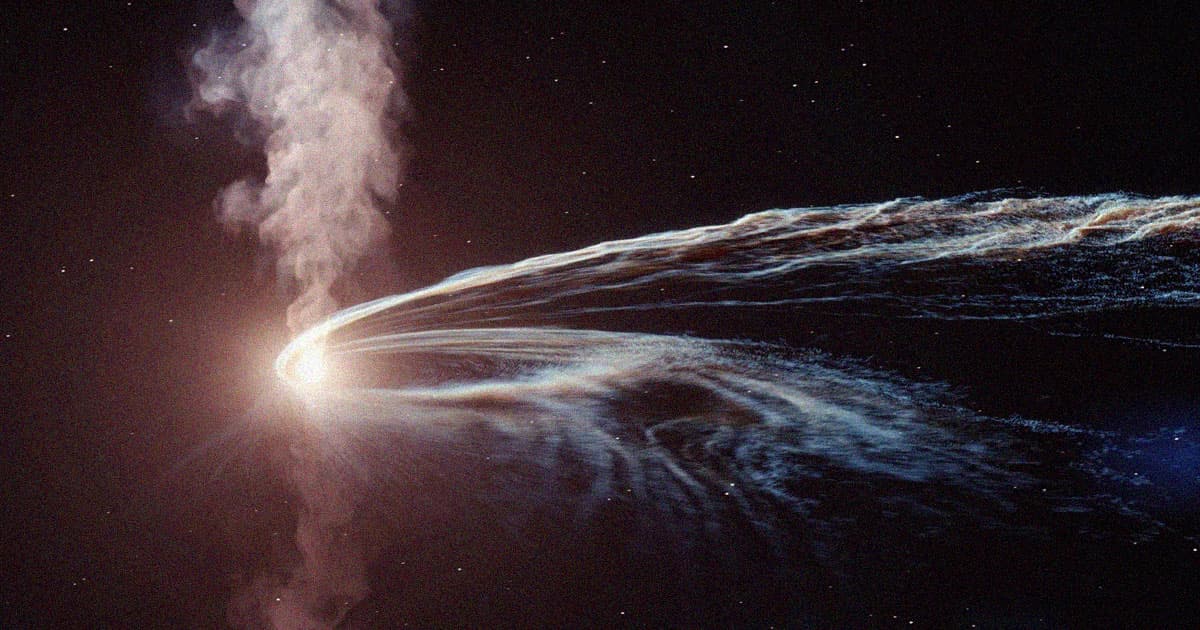 "No one has ever seen anything like this before."

"No one has ever seen anything like this before."

It's fairly common knowledge that black holes can gobble up stars — but until recently, it was much rarer to hear about them "spewing out" material years later.

In a press release, researchers from Harvard's Center for Astrophysics described their shock upon discovering that a black hole had ejected matter three years after consuming a star.

"This caught us completely by surprise — no one has ever seen anything like this before," said Yvette Cendes, a research associate and the lead author of a paper that was recently published in the Astrophysical Journal, in the statement.

Back in October 2018, the Center for Astrophysics (CfA) team observed a black hole some 665 million light years from Earth eat a star that had gotten a little too close.

While this sort of thing "may sound thrilling," it wasn't all that shocking to astronomers, "who occasionally witness these violent incidents while scanning the night sky," the press release noted.

But three years later, the same team of researchers watched the star's remains get regurgitated — an outflow of material that's traveling at half the speed of light, per their calculations.

Stranger yet, the researchers are still unable to account for the three-year lag between the initial star buffet and the "burp" that lit up their instruments.

The CfA researchers witnessed the burp while studying tidal disruption events (TDEs), which the press release describes as the process in which "encroaching stars are spaghettified by black holes."

It must have been a spectacular sight, watching one of these "messy eaters" emit liquified stars years after the fact — and at five times the regular speed of normal TDEs to boot.

"It’s as if this black hole has started abruptly burping out a bunch of material from the star it ate years ago," Cendes noted, adding that researchers will now expand their focus to see if this is a more common phenomenon in the cosmos.

Eating stars, spaghettifying them, and then burping them up all sounds pretty gross — but then again, it's not so different from the Earth-bound animal kingdom to which we belong.

More stars: Scientists Spotted Something That Appeared to Be Moving 7 Times the Speed of Light

Outing Life
Swiss Government Scientist Says We May Be on the Brink of Discovering Alien Life
Sep 13
Read More
Sun Screen
The James Webb Space Telescope Is Officially Unfurling Its Mighty Sunshield
Jan 1
Read More
Planetary Seeds
Interstellar Visitor Like 'Oumuamua May Have Formed Earth's Core
3. 14. 19
Read More
+Social+Newsletter
TopicsAbout UsContact Us
Copyright ©, Camden Media Inc All Rights Reserved. See our User Agreement, Privacy Policy and Data Use Policy. The material on this site may not be reproduced, distributed, transmitted, cached or otherwise used, except with prior written permission of Futurism. Articles may contain affiliate links which enable us to share in the revenue of any purchases made.
Fonts by Typekit and Monotype.