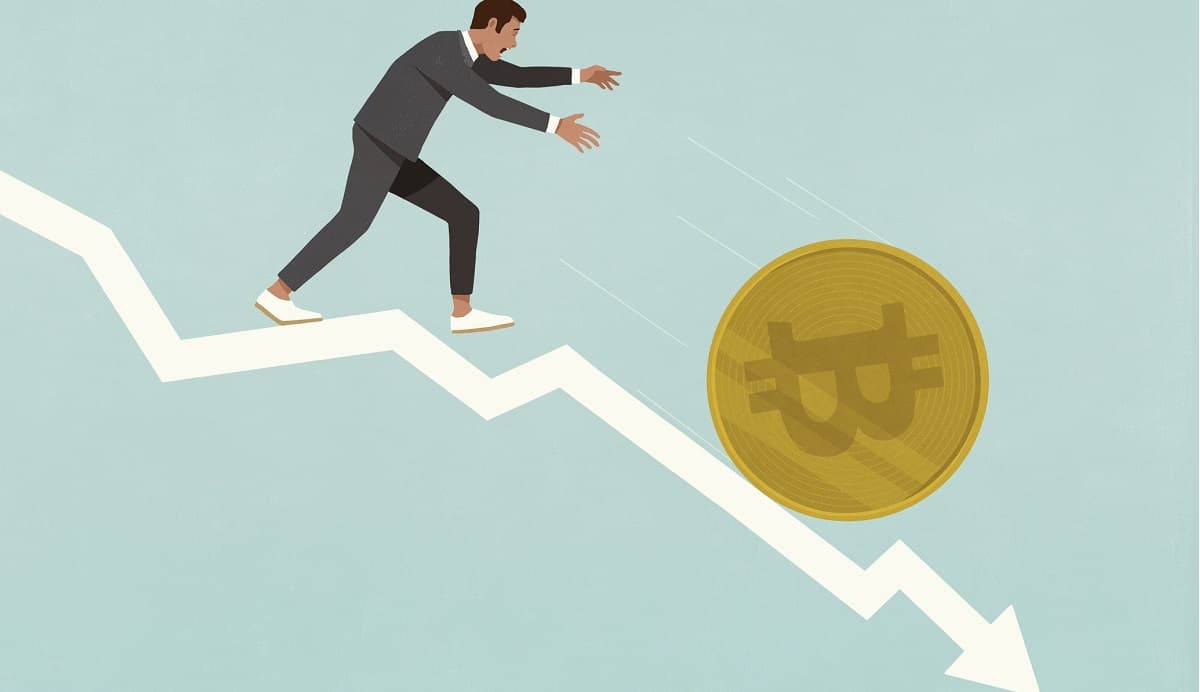 Analysis Finds That 40 Percent of Bitcoin Investors Have Lost Money

As the economy goes down, so does Bitcoin.

As the economy goes down, so does Bitcoin.

Bitcoin is down horrendously — and it's losing money for many investors who thought it was a sure shot during balmier days.

According to a new analysis from crypto analysis firm Glassnode, roughly 40 percent of Bitcoin holders have lost money on the world's most popular cryptocurrency. And that percentage is likely higher for those who invested over the past few years, when the currency's once-relentless climb started becoming choppy before trending steeply downward in recent months, meaning that a disproportionate share of the losses are going to fall on the lower-info later adopters who bought in after the blockchain hit the mainstream.

In the past month alone, the Glassnode analysis noted, more than 15 percent of all Bitcoin wallets fell into an unrealized loss. Bitcoin isn't the only part of the market doing poorly right now, of course, but it is ironic that crypto continues to track closely to the rises and falls of the stock market in spite of enthusiasts' early belief that the tech would be a means to escape the tyranny of traditional finance.

As of yesterday, Bitcoin was at its lowest value since July 2021 and down more than 50 percent since its all-time high in November.

The prevailing theory behind the crash stems from market responses to the Federal Reserve instituting a 0.5 percent interest rate hike on the newly-regulated world of crypto.

But that's not the whole story, of course.

Will Clemente, a lead analyst at the bitcoin mining company Blockware Solutions, told MarketWatch that in essence, investors "are trading bitcoins the way that they trade tech stocks" — and the subsequent selloff bolsters that hypothesis, as the tech stocks themselves are also hit by historically low stock prices.

With the global economy continuing to trend ever more downward amid massive inflation and socioeconomic turmoil, it's no shock that crypto is following suit. Unfortunately, that means a lot of tenuously middle class investors who were promised riches by investing in the stuff might never see any substantial return on their investment.

More on Bitcoin: They've Now Mined Almost All The Bitcoin That Will Ever Exist

SBF'ed Up
Sam Bankman-Fried Was a Horrible Boss, Former Exec Says
Jan 17
Read More
Beanbag Chair Musings
Sam Bankman-Fried, Bored on House Arrest, Starts a Substack
Jan 12
Read More
Tulip Fever
Dutch Startup Mining Bitcoin to Grow Tulips, and We Can't Tell If They're Joking
12. 12. 22
Read More
+Social+Newsletter
TopicsAbout UsContact Us
Copyright ©, Camden Media Inc All Rights Reserved. See our User Agreement, Privacy Policy and Data Use Policy. The material on this site may not be reproduced, distributed, transmitted, cached or otherwise used, except with prior written permission of Futurism. Articles may contain affiliate links which enable us to share in the revenue of any purchases made.
Fonts by Typekit and Monotype.