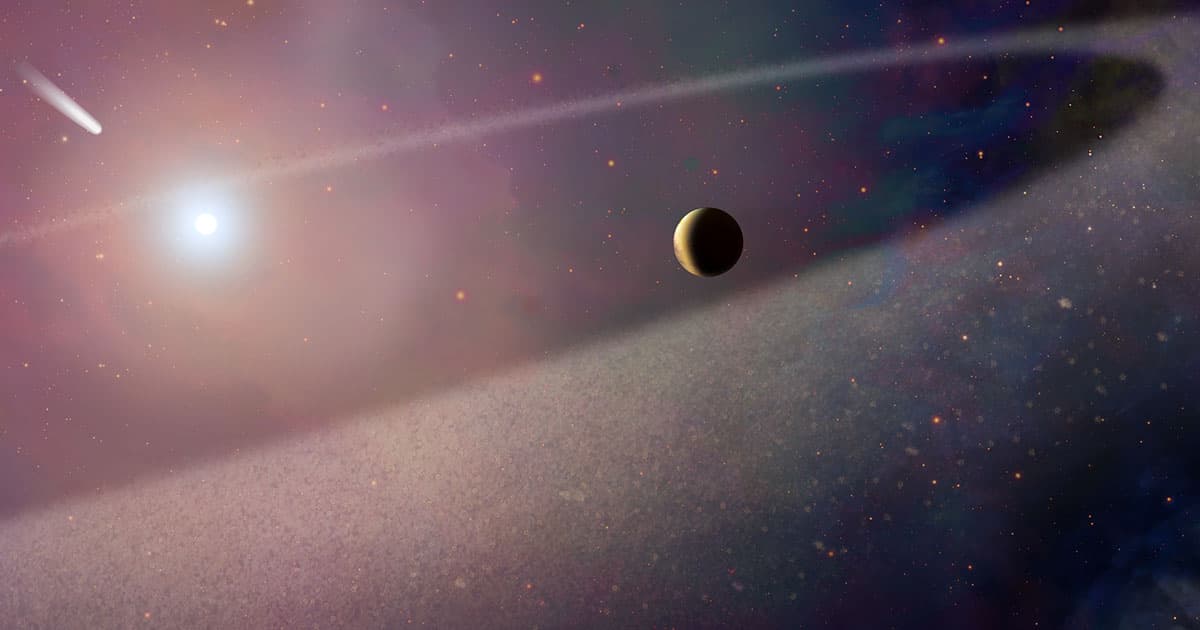 Scientists: Birthplace of All Comets Could Explain Life on Earth

All the comets in our solar system may share the same origin story — and it could help explain how life on Earth came to exist.

A team of American and European scientists found that 14 different comets originated at the same time and place: a protoplanetary disk orbiting near our newly-formed sun, according to research that'll be published by the journal Astronomy & Astrophysics. And given that comet impacts are thought to be a potential source of organic materials on Earth, exploring this new cosmic origin story could lead to a better understanding of the origin of life.

This particular survey of 14 comets is too small in scale to use as evidence that all comets came from the same time and place in the early solar system. But it is an interesting starting point for future research, given that the researchers didn't expect to find so much in common among their samples in the first place, according to a Leiden University press release.

"We did some statistics to pin down if there was a special time or place in our young solar system, where our chemical models meet the data on comets," Leiden astronomer Christian Eistrup said in the press release. "There was a single model that fitted each comet best, thereby indicating that they share their origin."

READ MORE: All comets in the solar system might come from the same place [Leiden University via Phys.org]

More on comets: Scientists Found a Chink of a Comet Inside a Meteorite