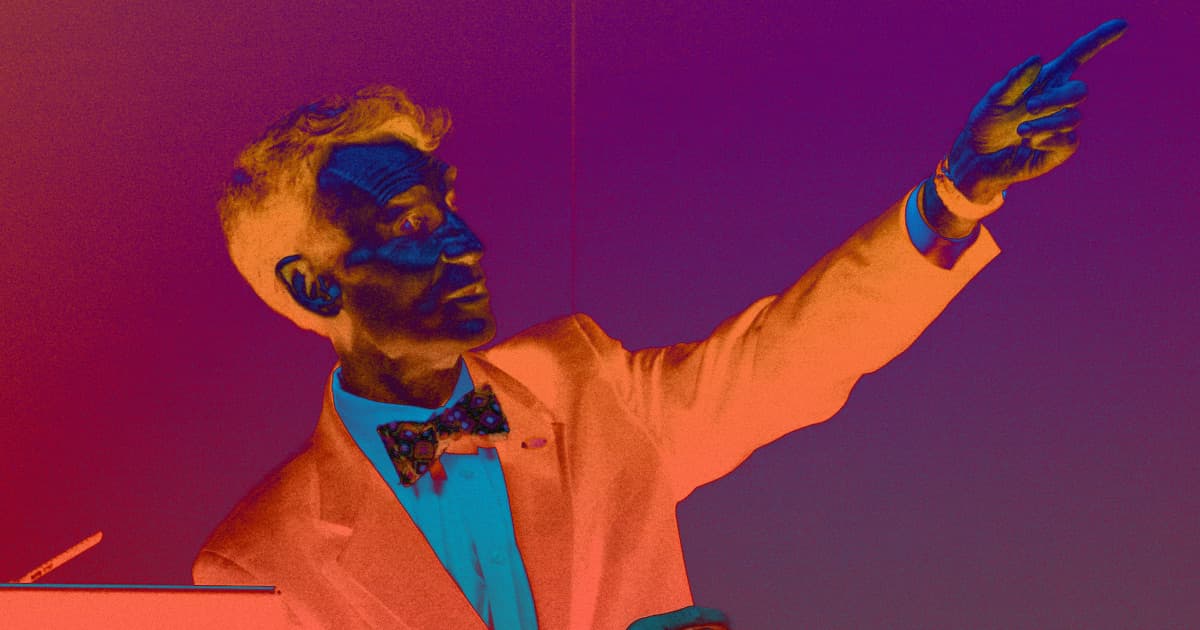 Bill Nye: Humans May Be Descendants of Ancient Martians

Noted TV personality and public science advocate Bill Nye made an unusual pitch for NASA funding this week: We should fund the space agency because its research could nail down whether humankind is descended from ancient life on Mars.

"If life started on Mars first, it’s extraordinary but not crazy to suggest that you and I are descendants of Martians. That is an extraordinary hypothesis," he said in a new interview with Politico. "It’s not that much money to change the course of human history."

As the head of the influential Planetary Society, Nye is lobbying Congress to crank up the funding for NASA. He told Politico his top priority is supporting the space agency's upcoming Mars rover mission, which will attempt the first-ever feat of sending Martian rock samples back to Earth.

"The first thing every congressman said is… Are they worried about contaminating the Earth with Martian dust?" Nye told the site. "My answer is yes! If you thought of it, they thought of it. Those rocket scientists thought of it."

Even more fundamentally, Nye sang the praises of space as an ideological project that represents hope and progress for humanity.

"Space is optimistic," he told Politico. "If you stop looking up and out, what does that say about you? Whatever it is, it’s not good."

READ MORE: 'It’s not that much money to change the course of human history' [Politico]