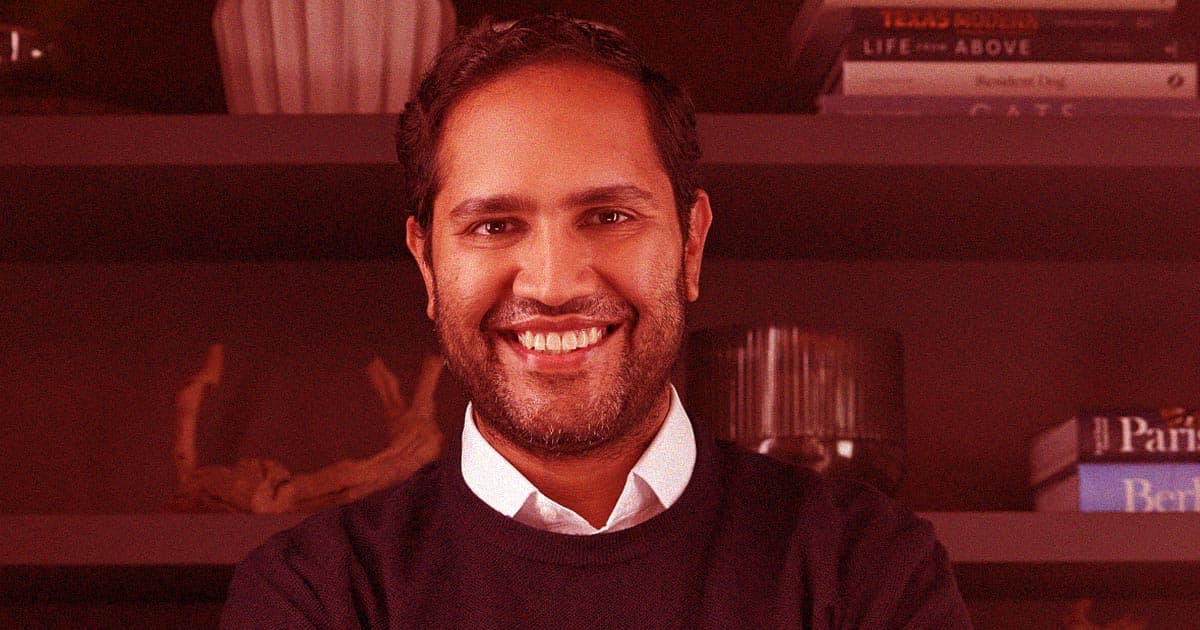 One of the most notorious CEOs in the country is in legal hot water for allegedly defrauding investors.

Best known for firing 900 people in a video call, Better.com CEO Vishal Garg is now, as the Wall Street Journal reports, being sued for misrepresenting his company's prospects while it attempts to go public at a onetime valuation of more than $7 billion.

In the lawsuit, filed in the Southern District of New York, former Better executive Sarah Pierce alleges that after she discussed these issues with Garg earlier this year, she was pushed out of the company in retaliation.

A source familiar with the matter told TechCrunch that Garg "wouldn't listen" to Pierce or anyone else about this issue, and "was always exaggerating" the company's numbers ahead of its planned merger, which has been in the works since May 2021.

Unsurprisingly, Better disputes these Theranos-esque allegations, and told the WSJ in a statement that they are "without merit."

Billed as an alternative to traditional mortgage lending, Better initially made its name as property rates plummeted during the financial pains of the first year of the COVID-19 pandemic. In this first quarter of 2021, it raised $500 million from SoftBank and subsequently announced that it was looking to go public.

But then things went south. The housing market started to bounce back and even inflate last fall, and in early December 2021, Garg notoriously laid off 900 people, which accounted for 10 percent of Better's workforce, ahead of the winter holidays.

Just over a week after the universally-denounced firings, Better's board of directors announced to the company via email that Garg was "taking time off" as CEO. Then he returned to the role about five weeks later, which triggered an employee exodus as Better workers voluntarily left the company "in droves" to protest his reinstatement.

It's been a particularly bad time at Better for, well, the better part of the last year. And with this latest hurdle, it seems like that $7 billion merger isn't likely to go through anytime soon.

More on alleged fraudsters: Of Course the Guy Behind Fyre Fest is Selling NFTs Now

Smile!
Experts Alarmed by Zoom's Tech for Detecting Users' Emotions
May 20
Read More
Market Madness
Bill Gates Says He's Quite Concerned About the Global Economy
May 10
Read More
Brands We Love
Now Anyone Can Invest in Real Estate Thanks to This Innovative Online Platform
9. 7. 21
Read More
+Social+Newsletter
TopicsAbout UsContact Us
Copyright ©, Camden Media Inc All Rights Reserved. See our User Agreement, Privacy Policy and Data Use Policy. The material on this site may not be reproduced, distributed, transmitted, cached or otherwise used, except with prior written permission of Futurism. Fonts by Typekit and Monotype.