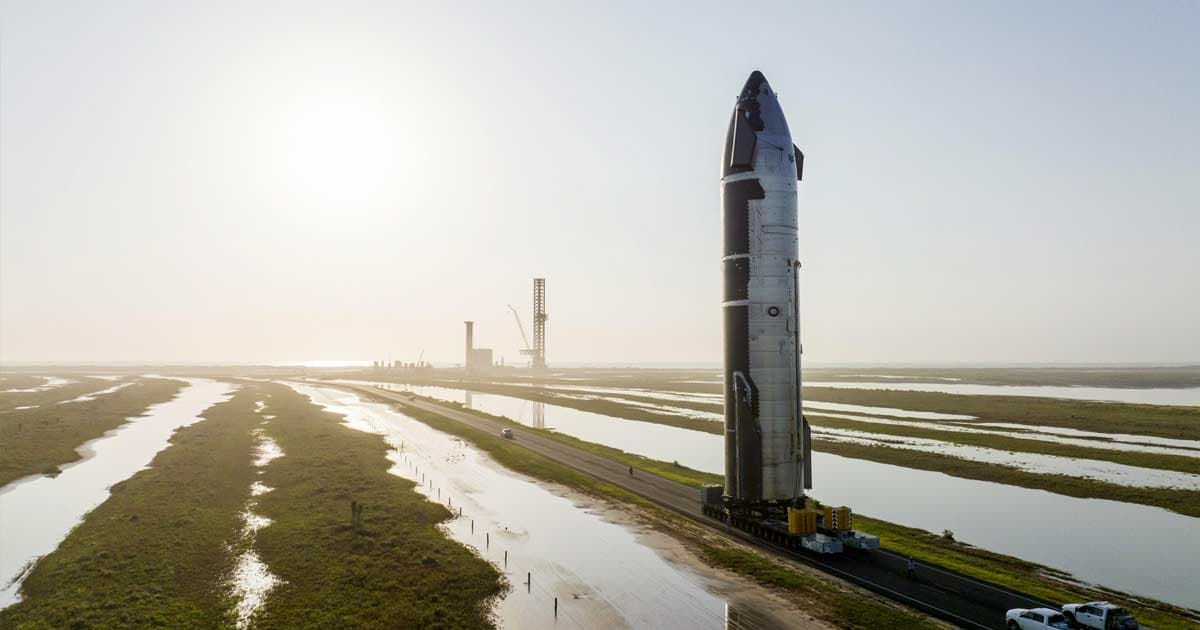 After video footage released this morning of SpaceX's Starship prototype rolling onto its launch site, a Twitter user shared a stunning render of the Starship in NASA livery.

The artist, Erc X, whose work has been featured on here before, regularly uploads renders of Starship on their Twitter and YouTube pages, and on more than one occasion has been given a shout out by Elon Musk himself.

The often speculated upon Starship — this prototype version is known as Ship 24 — is arguably one of SpaceX’s most exciting ventures. Starship is the world’s most powerful rocket (depending on who you ask) and dangles the promise of a genuinely reusable heavy lift space vehicle that could, according to Musk's explicit promises, send cargo and crew to the Moon, Mars, and possibly beyond.

Of course, we'll believe all that when we see it. And since Starship is still in its testing phase, and without a hard date for its first orbital test, we don’t know for sure what it’s going to look like when it starts carrying out missions for NASA. But we can certainly try and guess while we wait!

As pretty as it looks, the Starship has more than a few ugly hurdles to get over before launching. SpaceX still needs full approval from the Federal Aviation Administration (FAA) for orbital flights at Starbase, the company’s rocket complex in Boca Chica Beach, Texas. Right now, it only has conditional approval — SpaceX first needs to take measures to mitigate its environmental impact in the surrounding area, the FAA ruled.

So it may be a while before this thing gets airborne, but for now we can keep ourselves busy with the plethora of cool art going around.