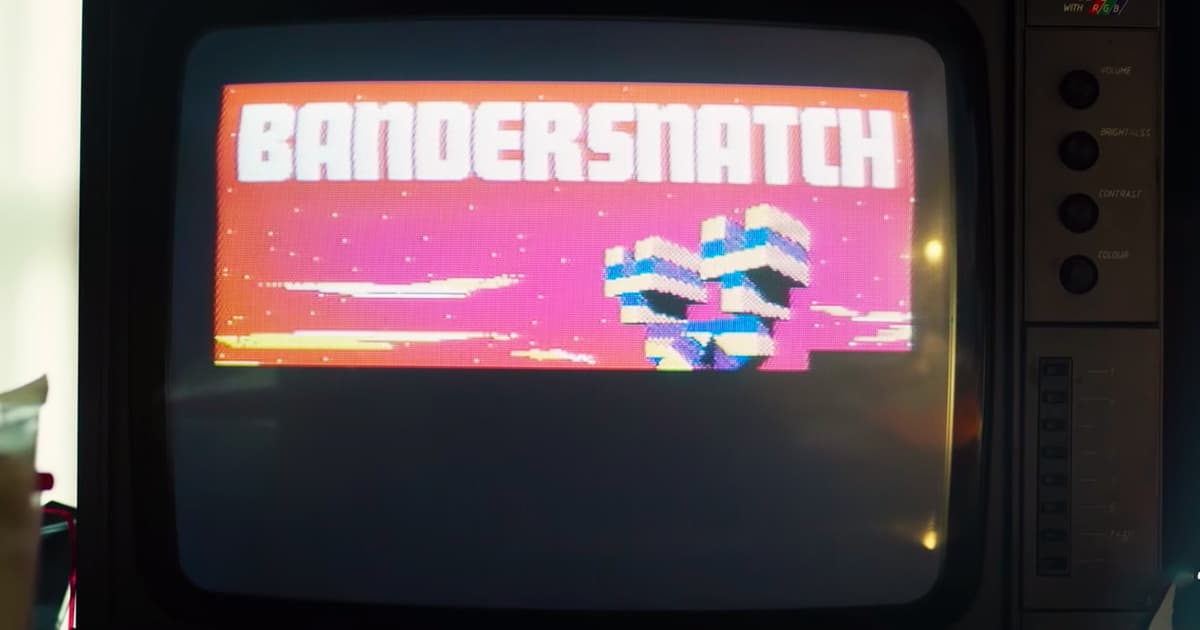 The choose-your-own-adventure format is no longer just for kids.

The choose-your-own-adventure format is no longer just for kids.

The choose-your-own-adventure story format is no longer just for books. It's also no longer only for kids.

In October, an anonymous source told Bloomberg that Netflix planned to release an interactive episode of its dystopian sci-fi series "Black Mirror." Rather than pushing play and sitting back to watch a linear story unfold before their eyes, viewers would need to make choices at various points throughout the episode, sending the plot in a new direction with each decision.

At 3:01 a.m. ET on Friday, Netflix confirmed that report with the release of the "Black Mirror" episode Bandersnatch — and the overwhelmingly positive response to the episode looks like a sign that adult viewers are ready to embrace interactive storytelling.

The general — and spoiler-free — plot of Bandersnatch is this: Young computer coder Stefan, portrayed by "Dunkirk" actor Fionn Whitehead, is hired to help create a computer game inspired by a choose-your-own-adventure novel.

How that experience plays out, however, depends on the viewer's decisions, which they input using their TV remote, game controller, smartphone, or tablet. Netflix execs claimed during a November media event, as reported by The New York Times, that Bandersnatch has "five main endings with multiple variants of each.”

The interactive format works on pretty much any device you'd use to watch Netflix, including most TVs, game consoles, web browsers, smartphones, and tablets. The primary platforms that don't support it are Chromecast and Apple TV, according to Netflix.

This isn't Netflix's first foray into interactivity. In June 2017, the platform released "Puss in Book: Trapped in an Epic Tale," an interactive short animated film for children.

However, this is Netflix's first test of the format with adult viewers, and though Bandersnatch hasn't even been out for 12 hours yet at the time of writing, it's already receiving an overwhelmingly positive response — it quickly became a trending topic on Twitter, and a reviewer for The Guardian even went so far as to call it a "meta masterpiece."

According to The Independent, Netflix is already asking producers to submit proposals for other interactive content in a variety of genres. Given the breathless response to Bandersnatch, it's hard to imagine that Netflix won't green light at least a few.

Equally hard to imagine is other platforms not attempting to replicate the platform's success themselves. So with the release of just one creepy episode of "Black Mirror," Netflix may have ushered in an entirely new era in entertainment.

More on Netflix: Netflix Plans to Try out “Interactive” Shows

Crack Down
Is Netflix Trying to Blow Itself Up?
4. 20. 22
Read More
Crushing Pressure
Astroworld Theory: Deaths Caused by Human Bodies Acting as "Ocean-Like" Fluid
11. 13. 21
Read More
Trademark Battles
Oops: Netflix Trademarked "Space Force" Before the US Military
6. 8. 20
Read More
+Social+Newsletter
TopicsAbout UsContact Us
Copyright ©, Camden Media Inc All Rights Reserved. See our User Agreement, Privacy Policy and Data Use Policy. The material on this site may not be reproduced, distributed, transmitted, cached or otherwise used, except with prior written permission of Futurism. Articles may contain affiliate links which enable us to share in the revenue of any purchases made.
Fonts by Typekit and Monotype.