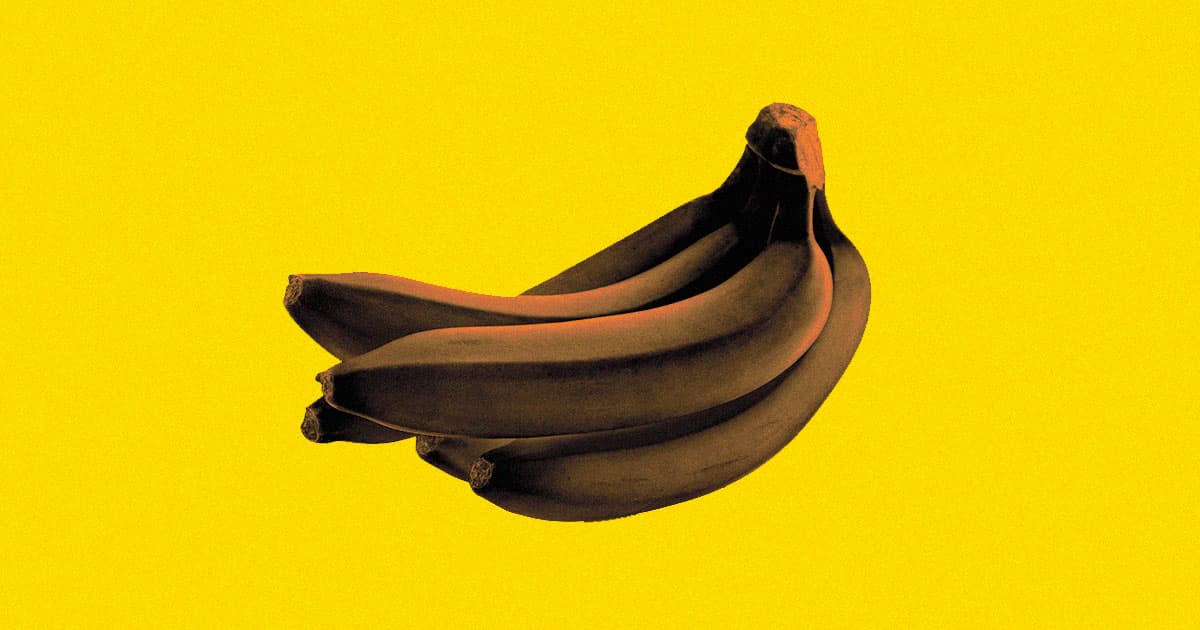 Bad News: A Banana-Killing Fungus Has Likely Reached the Americas

Authorities have already quarantined four plantations and more could follow.

Authorities have already quarantined four plantations and more could follow.

In the 1960s, Panama disease ravaged the world's banana crops, forcing growers to trade in the widely cultivated Gros Miche banana variety for the disease-resistant — and some say, less tasty — Cavendish.

Now, a new story in the magazine Science finds that Colombian authorities have quarantined four banana plantations after noticing symptoms of fusarium wilt tropical race 4 (TR4), a variation of Panama disease that the Cavendish is not resistant to, amongst the crops.

If those suspicions are confirmed, this will be the first known example of TR4 reaching the Americas — and its detection could mean the Cavendish's days are numbered.

This wouldn't be the first time TR4 has turned up at a banana plantation — since the 1960s, it's been detected in nations including Indonesia, Jordan, Mozambique, Australia, and even India, the world's top banana producer.

The Americas had thus far remained free of the fungus, but if it has reached Colombia, it may be only a matter of time before TR4 spreads to other banana-producing American countries such as Costa Rica, Guatemala, and Ecuador, the world's largest banana exporter.

That could ruin the farmers growing these bananas and deal a major blow to their nations' economies — not to mention drive up the cost of bananas globally.

More on bananas: A Fungus Is Threatening Your Morning Smoothie

Fungus Among Us
This Moss-Filled Coffin Is Made Out of Fungus
9. 15. 20
Read More
Pig Heaven
Assault Rifles Won't Solve Your Feral Hog Problem, Say Scientists
8. 7. 19
Read More
Super Old Vintage
Wine Grapes Haven’t Changed Much Genetically Since Ancient Rome
6. 12. 19
Read More
+Social+Newsletter
TopicsAbout UsContact Us
Copyright ©, Camden Media Inc All Rights Reserved. See our User Agreement, Privacy Policy and Data Use Policy. The material on this site may not be reproduced, distributed, transmitted, cached or otherwise used, except with prior written permission of Futurism. Articles may contain affiliate links which enable us to share in the revenue of any purchases made.
Fonts by Typekit and Monotype.