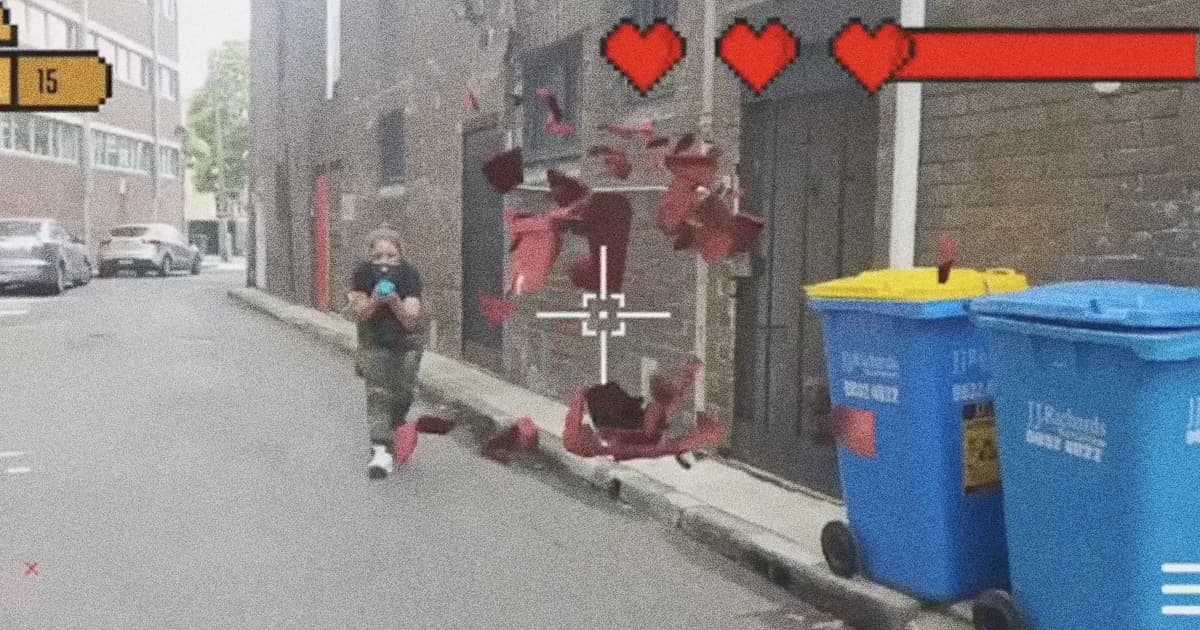 It turns your everyday surroundings into a "world-scale" first person shooter.

It turns your everyday surroundings into a "world-scale" first person shooter.

Branding agency Pixeloco announced last month that it's developing an augmented reality game that turns your everyday surroundings into a "world-scale" first-person shooter.

In a promotional video, players run around their city gathering pixelated powerups, shooting at each other, and taking cover behind real-world cars and buildings and even shooting digital bullet holes into them. Details on the game are scarce, but the prototype demo shows a compelling vision of how mixed reality could — at long last — find its way into popular usage.

The game relies on existing augmented reality infrastructure. Players in the video mount their phones gun-shaped gun controllers built by Arkade Games, and the actual AR environment is built with crowdsourced digital mapping tech from the mixed reality company Immersal, lending some credibility to the game's early demo showcase.

In the game itself, players use the setup to grab powerups or riddle their opponents and surroundings with digital bullets.

An augmented game where players shoot up their environments, however, raises some important questions about how they might interact with the unknowing public around them.

While the gun controllers are brightly-colored pieces of plastic, it seems unlikely that any passersby would immediately understand that they're witnessing a video game, so the open-world type of play shown in the video seems a bit unrealistic.