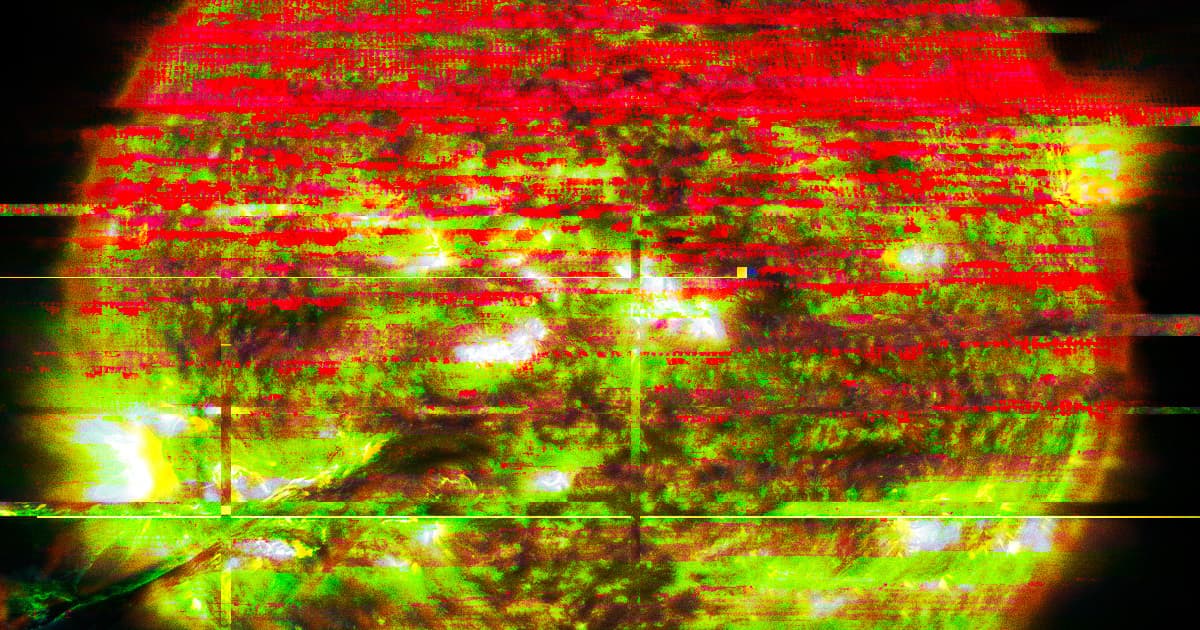 Astronomers Intrigued by Certain Stars That Are "Glitching"

And the "glitches" are happening way more than expected.

And the "glitches" are happening way more than expected.

Something strange is happening with certain stars: they're "glitching."

Stellar "glitches," as they're called, are large structural variations that occur in the inner cores of red giants. And astronomers, after taking a deeper look, are finding more of these "glitches" than they ever expected.

This is not the first time that glitching in stars has made headlines, but those instances had to do with a star's rotation. The glitches here, according to the new study published in the journal Nature Communications, affect much more, including a star's oscillations and the behavior of passing sound waves (yes, it's counterintuitive, but scientists do refer to "sound" in space.)

A specific type of red giant known as "red clumps" all possess the same luminosity, allowing astronomers to use them as what's known as "standard candles" to determine their distance, and by extension that of their surrounding galaxies, kind of like galactic waypoints. Simply put, they're essential to understanding and charting our universe.

So when it turns out that some of them are undergoing some baffling variations to their core structures, it's a good idea to find out why — since so much of cosmology relies on understanding their behavior.

"By analyzing these variations, we can use them to obtain not only the global parameters of the star, but also information on the precise structure of those objects," said study lead author Mathieu Vrard in a press release.

From a sample of 359 red giants, 24 were found to have exhibited signs of glitching at some point in their lifetime. That's around seven percent — an absolutely massive proportion at a cosmic scale.

As to why these glitches occur, the science is unclear. One of two prevailing theories suggests that glitches are a normal part of a star's evolution, but most that occur are too insignificant to notice.

But Vrard's findings don't seem to support this theory, and suggest that glitches are "temporarily smoothed out by some unknown physical process that leads to intermittent changes in the structure of the core," the study reads.

It's a mystery that astronomers will be determined to get to the bottom of — and Vrard's study lays down the gauntlet.

More on stars: Black Hole In "Hyper-Feeding Frenzy" Chews Through Stars and Shoots Its Leftovers Towards Earth

Eyes Up Here
New AI Is Peering Into the Nuclear Cores of Distant Stars
11. 16. 18
Read More
X-Ray Study Shows Older Stars May Be More Supportive to Life
9. 13. 17
Read More
Scientists Just Discovered Molecules that Could Tell us the Origins of Our Galaxy
8. 30. 17
Read More
+Social+Newsletter
TopicsAbout UsContact Us
Copyright ©, Camden Media Inc All Rights Reserved. See our User Agreement, Privacy Policy and Data Use Policy. The material on this site may not be reproduced, distributed, transmitted, cached or otherwise used, except with prior written permission of Futurism. Articles may contain affiliate links which enable us to share in the revenue of any purchases made.
Fonts by Typekit and Monotype.