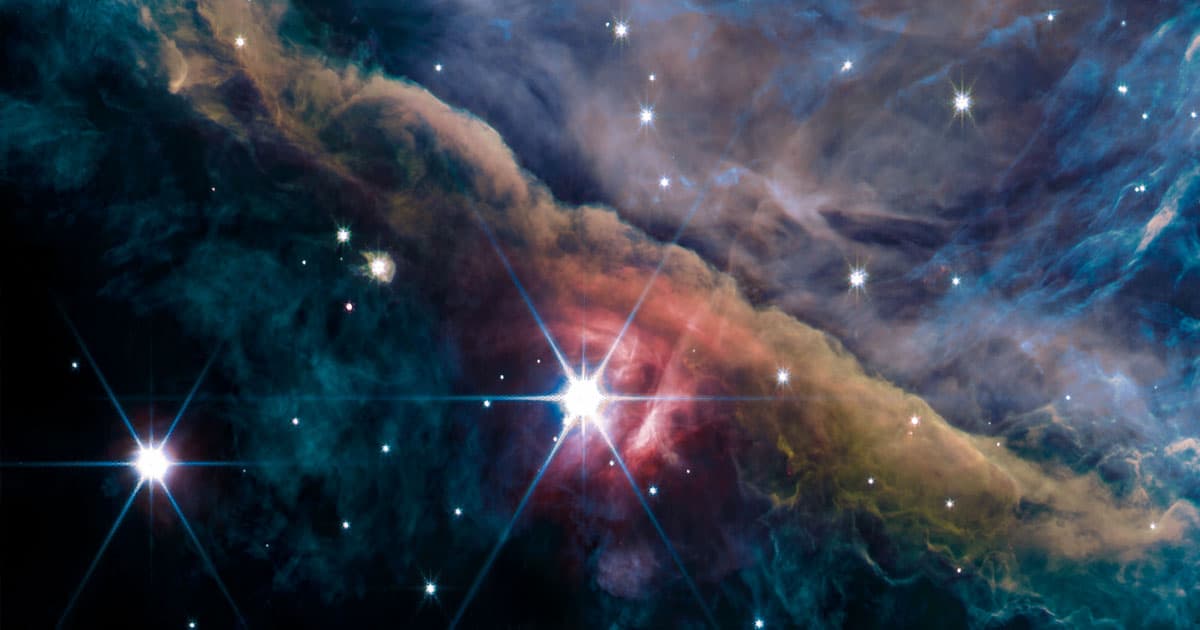 They're right to be excited.

They're right to be excited.

The James Webb Space Telescope continues to wow even the most no-nonsense scientists, as evidenced by a statement put out by some of the NASA craft's Canadian collaborators.

"We are blown away by the breathtaking images of the Orion Nebula," Els Peeters, an astrophysicist at Ontario's Western University, said in a statement about a newly-released set of images that show more of the famed nebula than ever seen before.

"We started this project in 2017," Peeters added, "so we have been waiting more than five years to get these data."

Images of the Orion Nebula with James Webb Space Telescope, obtained as part of our ERS program. https://t.co/eUN53UStgn ⬇️ pic.twitter.com/D0dIIELJsw

Indeed, these new images of the much-photographed Orion Nebula reveal in crisper and richer detail than ever before the "filaments" and gas clouds that astronomers believe cause stars to form — a stunning, in-depth look at an astrophysics favorite located some 1,300 light-years away.

"These new observations allow us to better understand how massive stars transform the gas and dust cloud in which they are born," Peeters added.

These latest Orion images were obtained by an international consortium of academics, including Ontario's Western University as well as France's National Centre for Scientific Research (CNRS) and Institut d’Astrophysique Spatiale (IAS), as part of a project known as Photodissociation Regions for All that in total includes more than 100 scientists from 18 countries.

As IAS associate professor Emilie Habart noted, these shots show in much more detail than ever before the mysterious ways star-incubating nebulas like Orion work.

Translation: these images are a classic and breathtaking example of Webb's mandate: to look back into our universe's history and see how stars were made.

Given how stoked these scientists are by this revelation, it looks like the JWST is working exactly as planned — and may even exceed astronomers' wildest dreams.

More Webb wonder: Scientists Puzzled Because James Webb Is Seeing Stuff That Shouldn't Be There