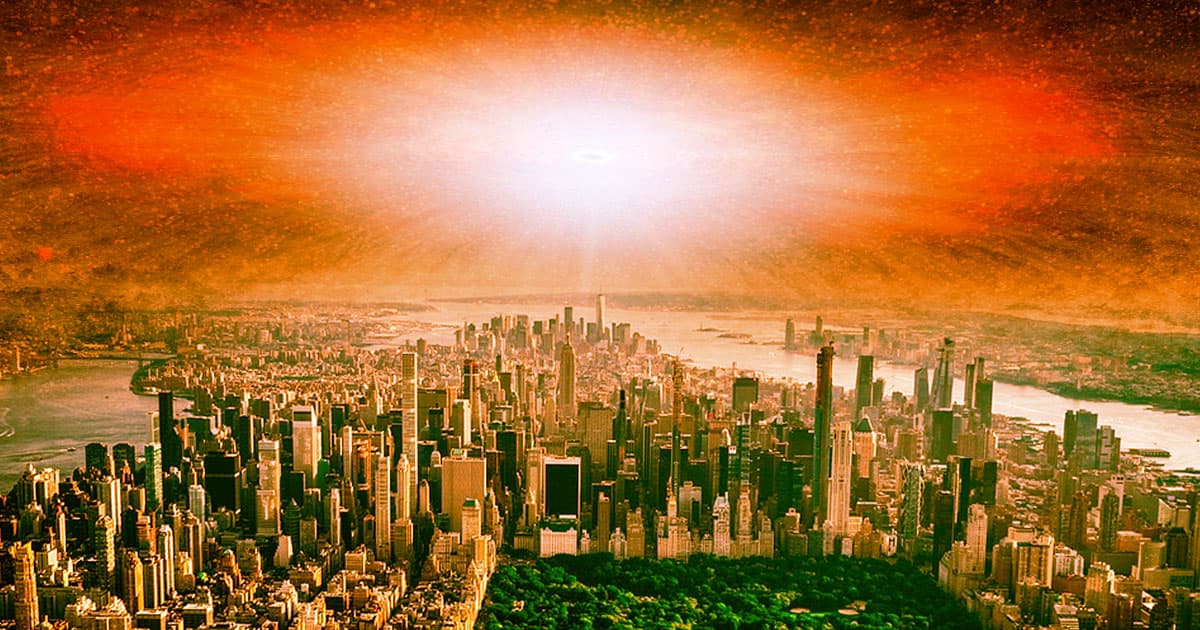 The diameter of this cosmic monster is about 12 miles.

The diameter of this cosmic monster is about 12 miles.

Black holes can get very big — in some instances, big enough to encompass the orbits of all our solar system's planets.

But not all are huge. Yesterday, we wrote about a new study by a team of astronomers from Ohio State University led by astronomer Todd Thompson, claiming to have discovered an entirely new and previously missing class of black holes.

The extensive investigation, using data from a high-resolution infrared spectronomy instrument, found a black hole a mere 3.3 times the mass of the Sun. That may not sound very small, but it's vastly smaller than previously discovered specimens.

And now we have an estimate for the diameter of such a relatively tiny black hole. Today, MIT Technology Review reported that the discovered black hole is a mere 12 miles across — roughly the length of Manhattan.

Futurism reached out to Thompson to confirm MIT Tech's reporting.

"Since the black hole mass has some degree of uncertainty, these are all reasonable numbers," he wrote in an email. "The Schwarzschild radius for a 3.3 Msun [solar mass] black hole is about 10km. So, the diameter is about 20 km. That's about 12 miles in diameter."

If Thompson's calculations are correct, this new class of black holes could force us to rethink how we understand the way stars and other kinds of celestial objects are born and die.

READ MORE: Scientists have spotted a tiny black hole that may be just 12 miles across [MIT Technology Review]

Quacks Like a Duck
Those Headlines About Scientists Building a Wormhole Are Total Nonsense, People
12. 1. 22
Read More
Falling In
Objects We Thought Were Black Holes May Actually Be Wormholes, Scientists Say
11. 15. 22
Read More
Strange Stars
Astronomers Puzzled by Extremely Peculiar Object in Deep Space
10. 25. 22
Read More
+Social+Newsletter
TopicsAbout UsContact Us
Copyright ©, Camden Media Inc All Rights Reserved. See our User Agreement, Privacy Policy and Data Use Policy. The material on this site may not be reproduced, distributed, transmitted, cached or otherwise used, except with prior written permission of Futurism. Articles may contain affiliate links which enable us to share in the revenue of any purchases made.
Fonts by Typekit and Monotype.