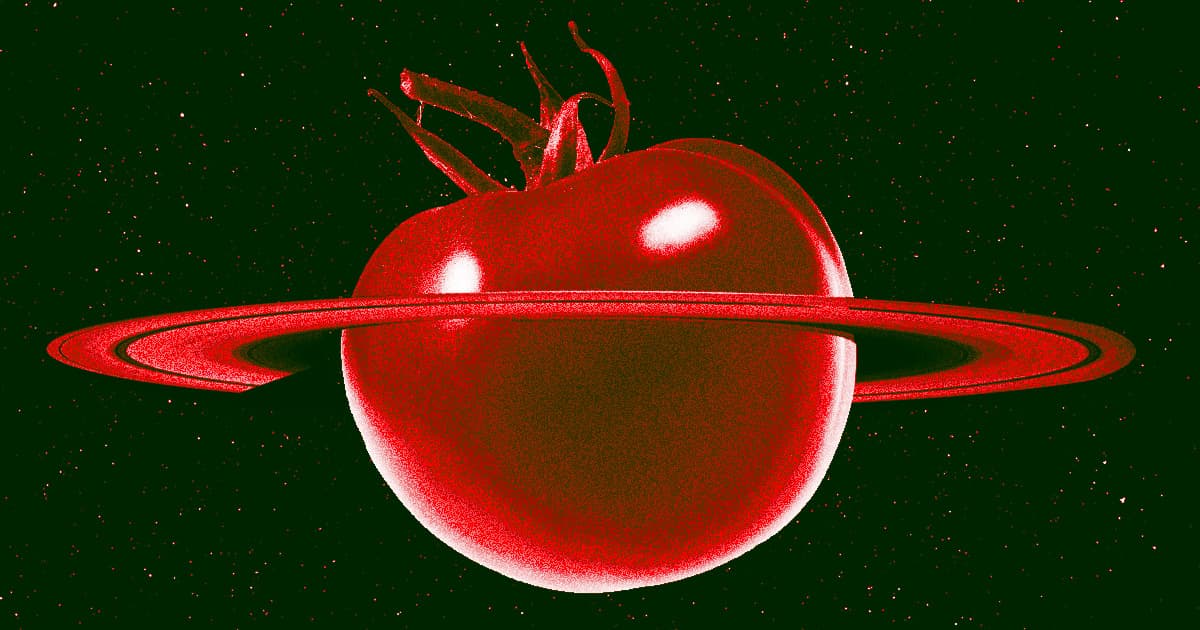 Time for a little gardening.

Time for a little gardening.

Among other spacefaring duties, growing plants up on the International Space Station (ISS) has been a longtime priority for NASA. The space agency has been off world gardening for years, in the hopes of eventually progressing it past a science experiment to legitimate agriculture.

Now, NASA has announced that ISS crew members have begun the next phase, Veg-05, in the ongoing gardening experiment by growing dwarf tomatoes.

"We are testing tomatoes, looking at the impacts of light spectrum on how well the crop grows, how delicious and nutritious the tomatoes are, and the microbial activity on the fruit and plants," said NASA Life Sciences project scientist Gioia Massa in an earlier statement. "We also are examining the overall effect of growing, tending, and eating crops on crew behavioral health. All of this will provide valuable data for future space exploration."

The tomatoes will be grown on the Vegetable Production System, or Veggie, the station's space garden that astronauts have used to grow some of their food.

We're not talking about a greenhouse, though. Veggie is only about the size of a suitcase, but that hasn't stopped astronauts from successfully growing lettuces, cabbages, kale, peppers, and even beautiful flowers. With tomatoes joining that bunch, maybe they'll be able to make their own homegrown salads.

The tomatoes mark a significant — and juicy — departure from the leafy plants grown before it, being both a popular choice of meal and much more substantial and filling. Massa notes that they can be eaten fresh, too.

Taste is not an insignificant part of NASA's considerations when it comes to choosing food for its astronauts, so the tomatoes' gustatory qualities will also be monitored in the experiment. When you're farther away from home than any human being on the planet for months at a time, you'll at least want something that isn't miserable to munch on.

It'll be a while before there's entire farms in space or on the Moon, but the Veggie experiments will be pivotal to reaching that point.

Enabling astronauts to grow their own food will allow them to be more self-sufficient — a crucial improvement, since NASA plans to bring humans to the Moon by 2024, and possibly set up a Moon outpost by the end of the decade. Gone will be the days of needing to completely rely on costly and infrequently resupply missions for food — a possible boon for crew morale, NASA says.