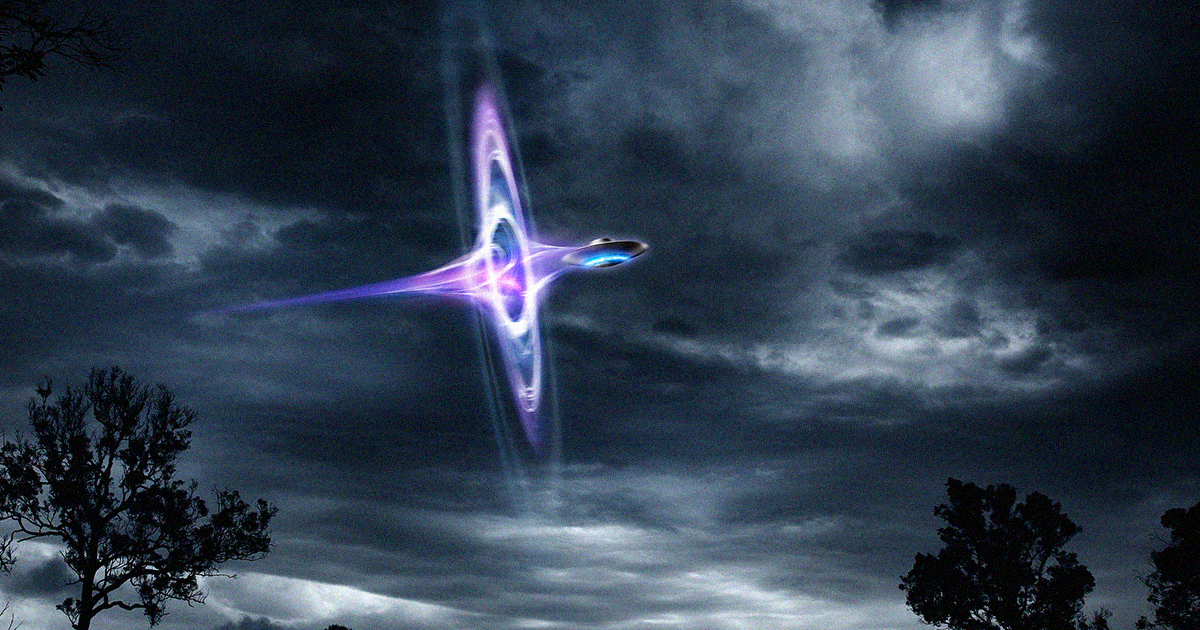 Astronaut Speculates That UFOs Are Time Travelers From the Future

"Is it something that's come back from the future?"

"Is it something that's come back from the future?"

In an interview with "Good Morning Britain," Peake diplomatically responded to questions about UAPs — better known as unidentified flying objects, or UFOs, to the average non-nerd — by regaling the hosts with a particularly strange theory he'd heard.

"What's your private theory?" host Richard Madeley asked the European Space Agency astronaut. "Do you think these are things from realms beyond [or] the development of secret weapons?"

The astronaut admitted that, having seen some of the US government's UAP videos, he doesn't believe they show secret weaponry.

"I heard one theory," Peake added, "where a pilot was talking about, potentially, in the future they've developed time travel. Is it something that's come back from the future?"

This elicited polite laughter from the GMB hosts, and the astronaut conceded that in spite of "all these theories going around" about the nature of these unidentified and unexplained phenomena, "ultimately, we do not know."

'A pilot was talking about potential time travel!'

The US Government has released a report about 'unexplained aerial phenomena' that have been seen multiple times.

Tim Peake explains the many theories about what is behind this. pic.twitter.com/b8Lkbxr782

Though it sounds even more outlandish than the concept of extraterrestrial visitors, the theory has been floated before. In early 2020, Montana Technological University professor and author Michael Masters released a book positing that UFOs are "us" from the future, and that the future humans piloting these unidentified objects could be abducting people to study them in an anthropological sense.

"The alleged abduction accounts are mostly scientific in nature," Masters told Space.com in an interview about his book. "It's probably future anthropologists, historians, linguists that are coming back to get information in a way that we currently can't without access to that technology."

"I think the simplest explanation," Masters added, "is that it is us."

The truth is out there — and it just may be closer to home than one would think.