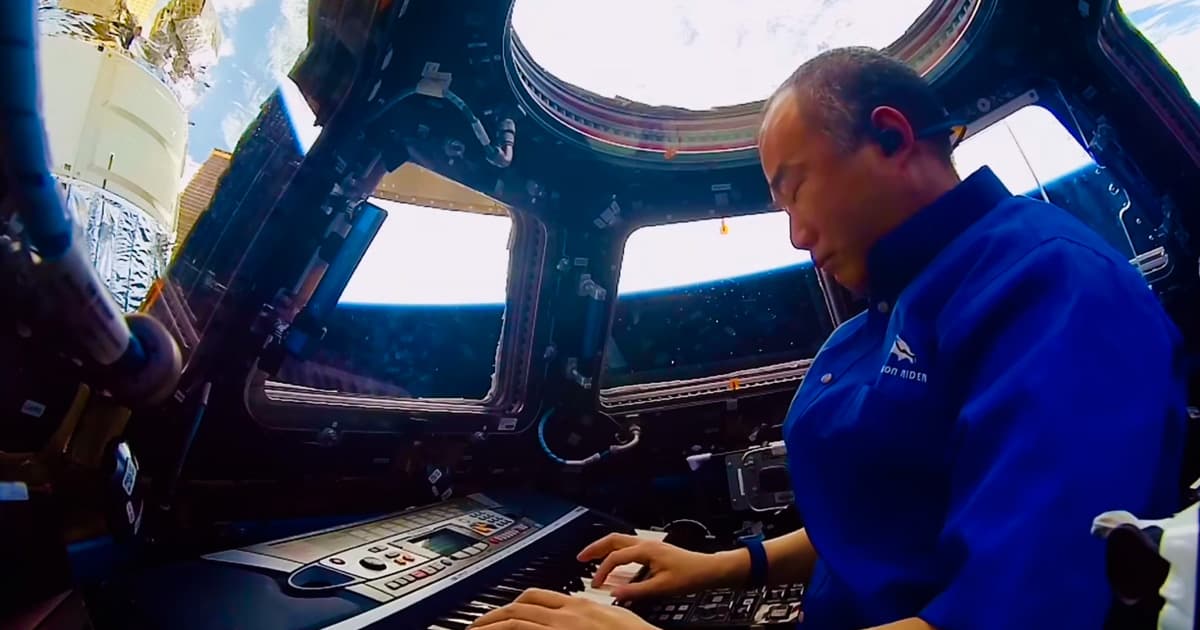 Japanese astronaut Soichi Noguchi is getting ready to say goodbye to space.

Japanese astronaut Soichi Noguchi is getting ready to say goodbye to space.

In a bittersweet video uploaded to YouTube, Japanese astronaut Soichi Noguchi took the time to say farewell to the International Space Station by playing a somber tune on a Yamaha electric keyboard, as the Earth drifts in the background.

The video was uploaded on the same day SpaceX and NASA launched yet another crew of four astronauts. Noguchi will soon return back down to Earth on April 28, according to NASA.

Accompanying the slideshow of various images Noguchi has taken since arriving at the space station in November — a melancholic farewell to Noguchi's temporary home in space.

What makes the performance truly authentic, however, is Noguchi's well-but-not-perfectly rehearsed rendition — and the incredible views of Earth behind him as he plays.

Noguchi appears to be playing a medley of songs from the 1984 J-pop album "NO SIDE" by artist Yumi Matsutoya.

Noguchi made his performance from what appears to be the Cupola, an ESA-built observatory module that features seven windows, with one large 31 inch diameter window in the center.

The astronaut has kept himself busy — apart from conducting research and doing space walks — by uploading numerous videos to his YouTube channel during his stay on board the ISS, including a heartfelt rendition of "Twinkle, Twinkle, Little Star," accompanied by dazzling views of the night sky.

Noguchi is also the first non-American to launch to space on board three different spacecraft: the Space Shuttle, the Soyuz, and the Crew Dragon.

Have a safe trip Soichi — it's time to come back down to Earth.

More on the ISS: SpaceX Sends Four Astronauts Into Space On Reused Spacecraft