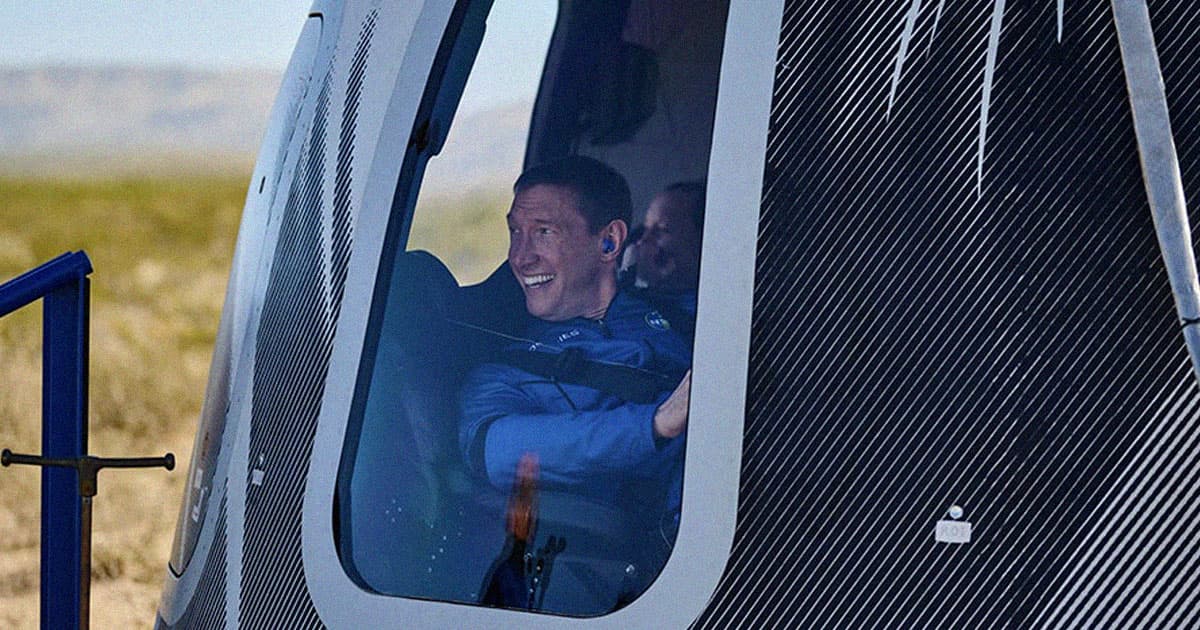 "He brought so much life and energy to the entire Blue Origin team and to his fellow crewmates."

"He brought so much life and energy to the entire Blue Origin team and to his fellow crewmates."

Glen de Vries, an entrepreneur who recently launched to space alongside actor William Shatner on board a Blue Origin New Shepard spacecraft, tragically passed away in a plane crash on Thursday. He was 49.

"We are devastated to hear of the sudden passing of Glen de Vries," a statement by Blue Origin posted to Twitter reads. "He brought so much life and energy to the entire Blue Origin team and to his fellow crewmates."

De Vries was a private pilot and a trained molecular biologist. He also founded Mediata Solutions, which is the most-used clinical research platform in the world, according to CBS News.

According to a Federal Aviation Administration filing, the plane "crashed under unknown circumstances in a heavily-wooded area" in New Jersey, killing de Vries and one fellow passenger.

It's a tragic fate for somebody who just recently had the chance to view the Earth from over 66 miles.

"I am actually looking forward to seeing the Earth from a different perspective than I ever had before," de Vries told CBS prior to launching last month. "I just can't wait to stare out that window and feel differently about humanity and our planet than I've ever had the opportunity to before."

Lucky Bastard
Billionaire Space Tourist Basically Says "Let Them Eat Cake"
12. 16. 21
Read More
SpaceX:1 Blue Origin: 0
Federal Judge Shoots Down Blue Origin's Lawsuit Against NASA
11. 4. 21
Read More
Amazon CEO Jeff Bezos Needs Your Ideas For a New Philanthropic Endeavor
6. 16. 17
Read More
+Social+Newsletter
TopicsAbout UsContact Us
Copyright ©, Camden Media Inc All Rights Reserved. See our User Agreement, Privacy Policy and Data Use Policy. The material on this site may not be reproduced, distributed, transmitted, cached or otherwise used, except with prior written permission of Futurism. Articles may contain affiliate links which enable us to share in the revenue of any purchases made.
Fonts by Typekit and Monotype.