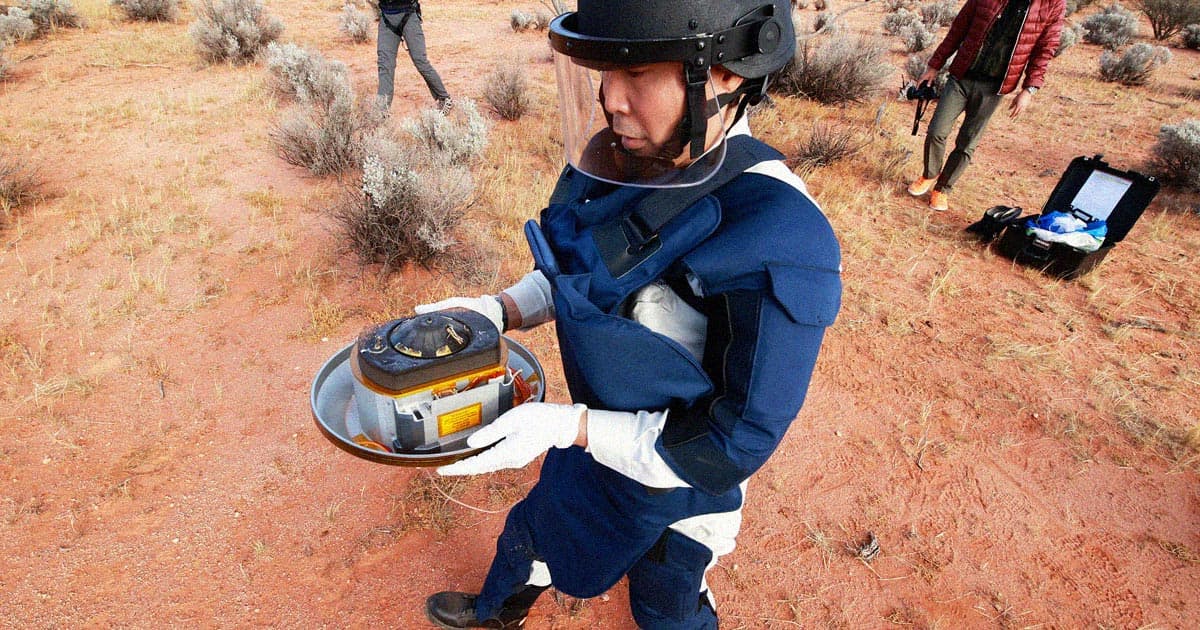 Japanese Scientists: This Asteroid's Samples Contain "Clues to the Origin of Life"

An incredible discovery of epic proportions.

An incredible discovery of epic proportions.

After analyzing asteroid dust collected by Japan's Hayabusa2 spacecraft, scientists found something incredible: the presence of 23 different amino acids. And why's it incredible? It supports the theory that space rocks just like it brought life to Earth during the early days of the Solar System.

In their new paper, the scientists from Okayama University in Japan claim they found "amino acids and other organic matter that could give clues to the origin of life on Earth" in the material taken from the asteroid Ryugu, which was returned to Earth back in 2020.

The implications of the new discovery are staggering. Or as astrobiology professor Kensei Kobayashi, who was not involved in the research, put it to Agence France-Presse: "Scientists have been questioning how organic matter — including amino acids — was created or where it came from, and the fact that amino acids were discovered in the sample offers a reason to think that amino acids were brought to Earth from outer space."

The ongoing Hayabusa2 mission spent six years traveling through outer space, in order to rendezvous with the lonely asteroid some 186 million miles away in 2018. Now, the team back on the ground is analyzing the chemical makeup of the returned samples. The particles indicate Ryugu went through several freeze-thaw cycles, indicating the historic presence of liquid water — yet another fascinating clue about the origin of life.

Overall, scientists are stunned by the unprecedented look at a pristine rock, which likely dates back to just roughly five million years after the formation of the Solar System.

"The Ryugu sample has the most primitive characteristics of any natural sample available to mankind, including meteorites," the Japan Aerospace Exploration Agency (JAXA) said in a statement.

The Hayabusa2 spacecraft is now making its way to yet another small asteroid dubbed 1998 KY, which will hopefully offer us another rare glimpse at — and potentially more clues about — the origins of life on Earth.

Rock Is Dead
NASA Spacecraft Grabbed Too Many Asteroid Chunks and Now They're Drifting Into Space
10. 26. 20
Read More
Asteroid Armageddon
The "Space Nation" Warns That an Asteroid Could Wipe out Humanity
4. 8. 19
Read More
Particle Plume
NASA Shocked by "Plumes Erupting From an Asteroid’s Surface"
3. 19. 19
Read More
+Social+Newsletter
TopicsAbout UsContact Us
Copyright ©, Camden Media Inc All Rights Reserved. See our User Agreement, Privacy Policy and Data Use Policy. The material on this site may not be reproduced, distributed, transmitted, cached or otherwise used, except with prior written permission of Futurism. Articles may contain affiliate links which enable us to share in the revenue of any purchases made.
Fonts by Typekit and Monotype.