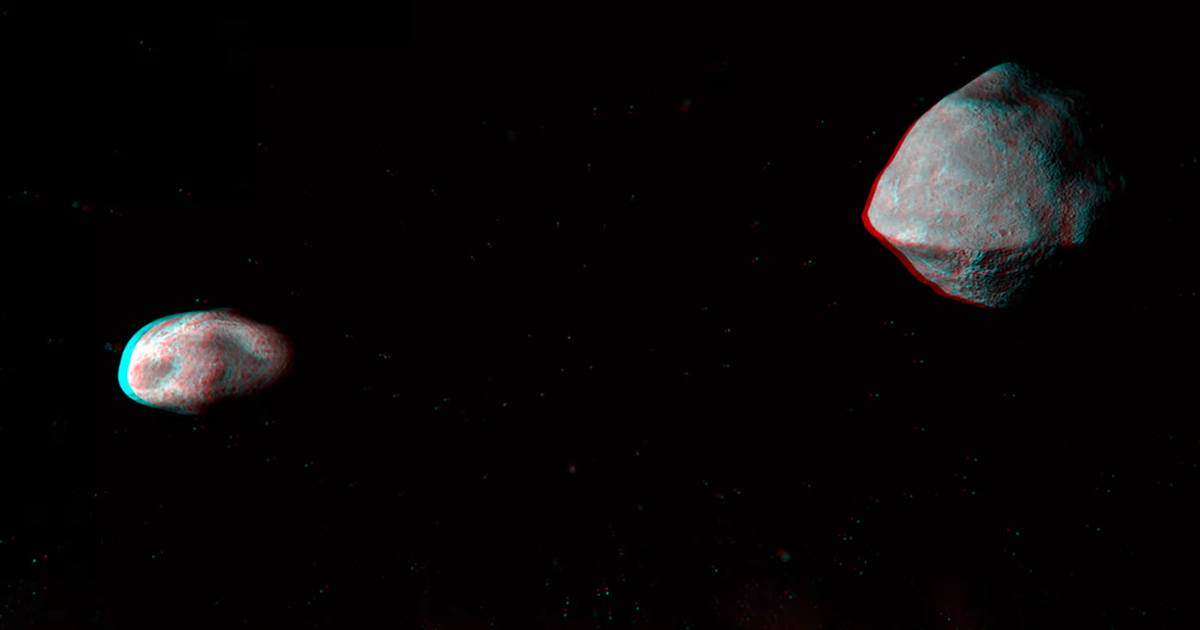 "It's one of the closest binary flybys probably in recent history."

"It's one of the closest binary flybys probably in recent history."

Earth will be getting not one but two visitors from space this weekend.

Astronomers expect an asteroid known as 1999 KW4 to swing by the Earth at around 7:05 p.m. ET on Saturday — and when it does, it'll bring along its very own moon.

"It's one of the closest binary flybys probably in recent history," planetary scientist Vishnu Reddy told NBC News. "That's what makes it a very interesting target."

Even at their closest, the space rocks will still be more than 3 million miles away, so don't worry about them smashing into the Earth. In fact, they won't even come close enough to see with the naked eye.

Still, the pair won't be this close to Earth again until 2036, so if you want to catch a glimpse of the dynamic duo, be sure to have your telescope ready Saturday night.

READ MORE: Mile-wide asteroid and its tiny moon to zoom past Earth this weekend [NBC News]

More on asteroids: NASA Asks SpaceX to Help It Save Earth From Incoming Asteroids