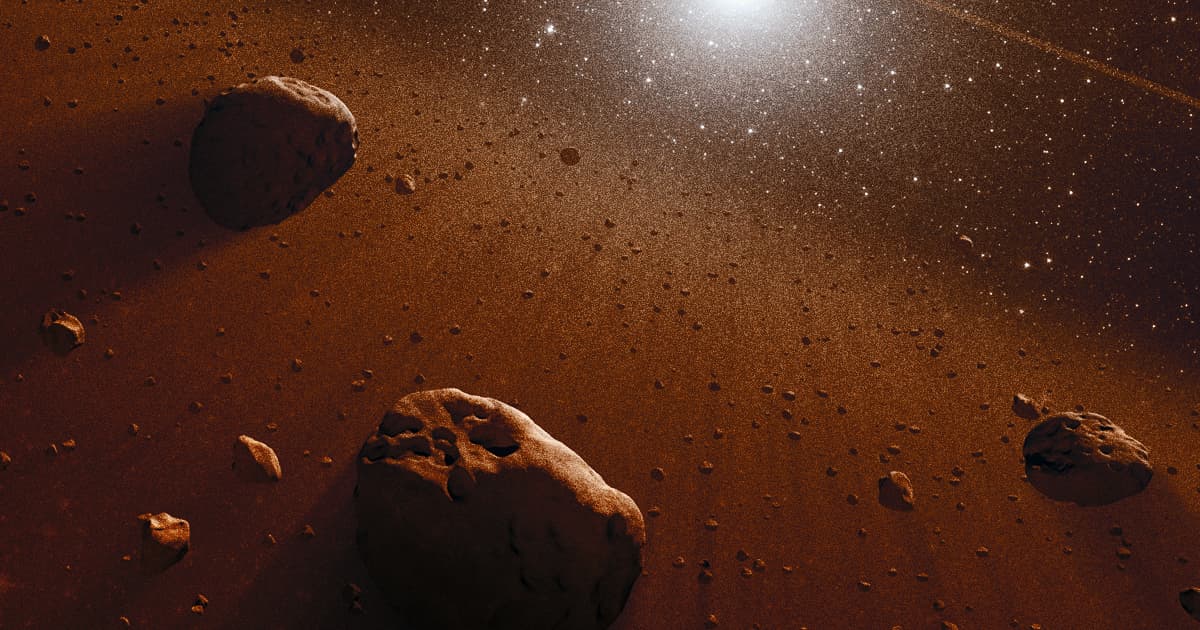 Is the Asteroid Belt What's Left of an Obliterated Planet?

"In that context, we sometimes call the asteroid belt the blood spatter of the solar system."

"In that context, we sometimes call the asteroid belt the blood spatter of the solar system."

The unknown origin story of the asteroid belt, a gigantic minefield of space rocks orbiting the Sun beyond Mars, has long fascinated and puzzled scientists.

Two leading theories — that the asteroids are either the remains of a planet that was blown apart or the raw materials of a new world that's yet to form — seem increasingly unlikely, Astronomy Magazine reports. Not because they're outlandish, but simply because there's not enough stuff out there to make up a whole new planet. And even more importantly, the cosmos are too complex for that straightforward of an explanation.

"It used to be kind of a simple story, but in recent years it’s gotten increasingly more complicated as we learn more about planet formation," Space Studies director at the Southwest Research Institute told Astronomy.

The "annihilated planet" hypothesis was put to rest when scientists analyzed various space rocks that made their way to Earth and realized that several had come from different sources, Astronomy notes, rather than one big planet. And there's no chance that they join together to form a new one. While the asteroids are extremely numerous, they're also tiny — far too much so to become a planet.

However, it's possible that the asteroid belt is made up, at least in part, of the remains of multiple fledgling planets that didn't finish forming before they were smashed into smithereens.

The full answer, most likely, is that the asteroid belt came from a variety of places. There's the demolished planetesimals, cosmic wreckage from the formation of Jupiter and Saturn, and even the shrapnel of asteroids that smashed into the Earth that careened off.

"In that context," Raymond told Astronomy, "we sometimes call the asteroid belt the blood spatter of the solar system."

READ MORE: The asteroid belt: Wreckage of a destroyed planet or something else? [Astronomy Magazine]

More on the asteroid belt: In Its Dying Gasp, Our Sun Will Obliterate the Asteroid Belt