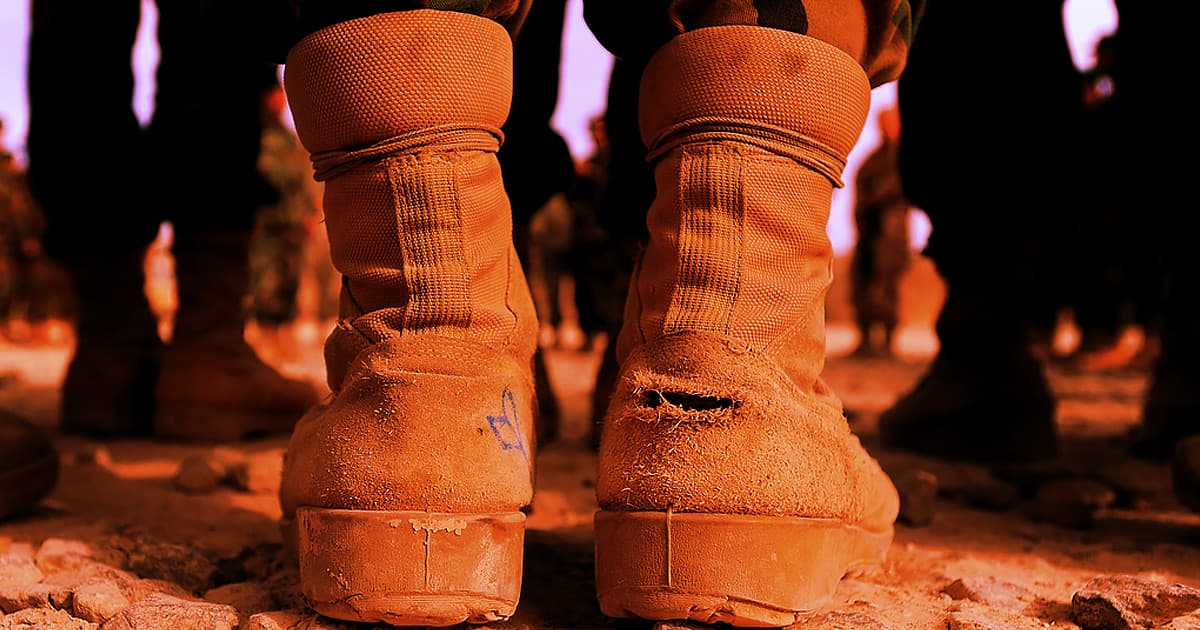 The Army Wants to Generate Electricity Inside Soldiers’ Boots

A tiny generator sparks to life with every step.

A tiny generator sparks to life with every step.

The U.S. Army has some wacky ideas to keep soldiers’ futuristic gear working, even when they’re far away from the nearest outlet.

To keep their gear juiced up, researchers at the Army’s C5ISR Center patented a bizarre new portable generator that can fit inside a soldier’s boot, Army Times reports. Every time a soldier takes a step, their foot triggers a small mechanism that creates a small electrical charge — not big enough to solve the energy crisis, but perhaps enough to keep personal electronics running.

The weird power-boots are just the first step in the military’s plan to turn soldiers into walking battery packs, per Army Times. Army researchers are also trying to build kinetic energy harvesters into high-tech knee braces and backpacks as well.

But some of these devices are actually making soldiers’ lives worse. For instance, the backpack only harvested energy when it was loose-fitting and able to bounce around — making it cumbersome to carry.

READ MORE: How the Army wants to use your boots to generate juice (and keep tabs on you) [Army Times]

From Our Partners
Augmented Reality Eyewear Is The Future, And It Is Not Too Far Off
10. 28. 21
Read More
From Our Partners
Save Over 30% On This Wearable That Helps Boost Your Focus
9. 25. 21
Read More
Brands We Love
These ‘Superhuman’ Supplements Are Designed to Boost Men’s Energy, Immunity, and Focus
9. 8. 21
Read More
+Social+Newsletter
TopicsAbout UsContact Us
Copyright ©, Camden Media Inc All Rights Reserved. See our User Agreement, Privacy Policy and Data Use Policy. The material on this site may not be reproduced, distributed, transmitted, cached or otherwise used, except with prior written permission of Futurism. Fonts by Typekit and Monotype.