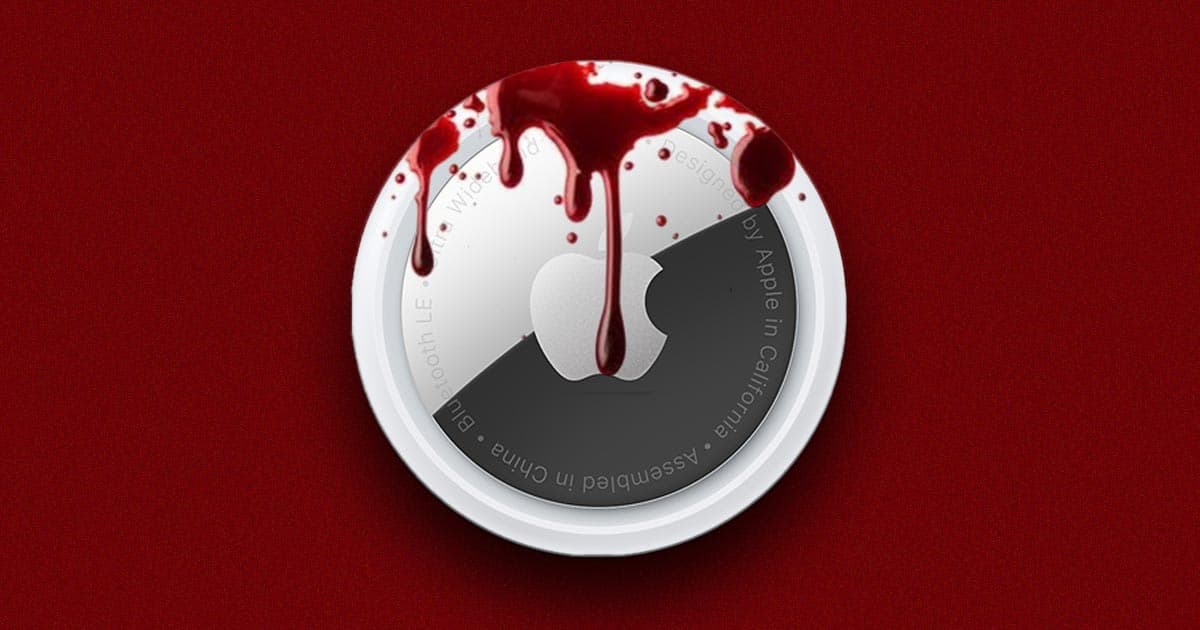 Woman Arrested for Murdering Boyfriend After Tracking Him With Apple AirTag

An Indiana woman allegedly told someone that she used an Apple AirTag to stalk a man and kill him because he was cheating on her — drawing attention, once again, to the alarming role the gadgets have come to play in domestic violence.

As the Indianapolis Star reports, the 26-year-old woman allegedly told a bystander that she'd found her boyfriend at a local pub after tracking him using an AirTag, which is an Apple gadget that acts as an easy geotracker.

The woman then proceeded to fatally run over the man with her motor vehicle, according to the cops, after she found him inside the pub with another woman.

We still don't have many details about the alleged murder. But enough seem to be clear to note that it's just another data point in a startling trend of people using AirTags and other GPS tracking devices, which are cheap and easy to buy online, to menace, surveil, or attack other people.

In December, for instance, an Arkansas woman described her shock at finding the $29 piece of Apple hardware taped to the trunk of her car after her phone informed her that there was an AirTag somewhere nearby.

The failsafe worked in that particular case, and the woman was able to quickly remove the tracking device as soon as she found it. However, AirTags can generally only be tracked by iPhones, so if the person being tracked doesn't have an iPhone — or if the device isn't manufactured by Apple — they won't be informed the way the Arkansas woman was.

In a February statement about the safety issues, Apple said that it would work with law enforcement to circumvent AirTag stalking. It also said it would issue a popup warning that people who misuse AirTags to track people without consent may be prosecuted and that the device "is designed to be detected by victims."

Judging by the Indiana killing, though, it seems like there's still a long way to go.

READ MORE: AirTag, accusation and argument end in murder charge after man run over outside Tilly's [The Indianapolis Star]

More dystopian sketchiness: Most of Company's Ethics Board Resigns in Disgust Over Taser-Wielding Drones