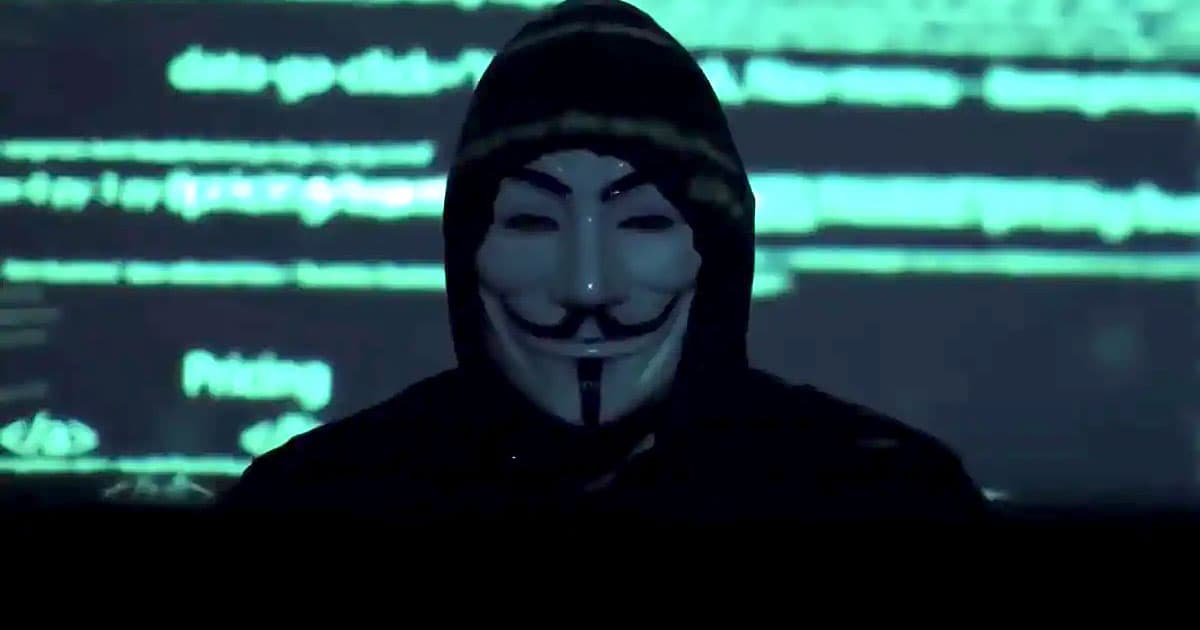 "We are involved in the biggest Anonymous op ever seen."

"We are involved in the biggest Anonymous op ever seen."

"The hacking collective Anonymous hacked into the Russian streaming services Wink and Ivi (like Netflix) and live TV channels Russia 24, Channel One, Moscow 24 to broadcast war footage from Ukraine [today]," an account associated with the group tweeted over the weekend.

The tweet was accompanied by a video of what indeed appears to be war footage from Ukraine interrupting Russian news broadcasts. A message at the end claims that "ordinary Russians are against the war," calling an end to Russia's violent invasion of Ukraine.

Is it all just meaningless "hacktivisim" or a consequential effort to stand up to Russia's aggressions? It's near impossible to quantify the group's anti-war efforts — but, if the footage holds up, it's a symbolic victory nonetheless.

The hack got the group a considerable amount of attention, forcing it to defend the tactics.

"We are involved in the biggest Anonymous op ever seen," the group tweeted late Sunday. "That being said, we are worried that some governments will indeed see us as a threat and create some scenario to make us look bad (false flag)."

"We only want peace, not war," the group continued. "We've been in the limelight before. We've made the news plenty of times, but never anything like what we are experiencing right now."

The group also claims to have hacked other notable targets, including the website of Russia's Space Research Institute.

It's a notable raising of arms — and a sign that the world's transition from boots-on-the-ground protesting to cyberactivism is well on its way.

"We have raised our fists in the air to stand against aggressor's time and time again," the group tweeted. "We would never choose to hurt anyone physically. Understand this and know this if any government says otherwise."