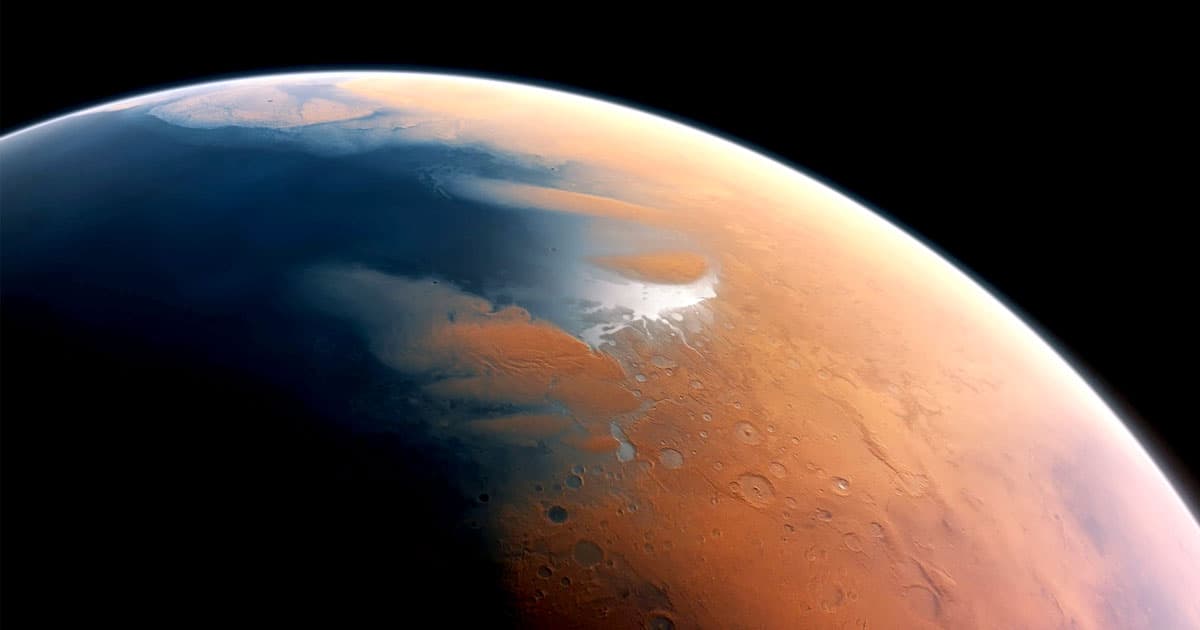 A massive crater lends evidence to the idea that Mars once had liquid oceans.

A massive crater lends evidence to the idea that Mars once had liquid oceans.

A close look at a gigantic crater on Mars has some scientists convinced that the Red Planet used to have a massive ocean on its northern hemisphere — and that an asteroid impact created a planet-sized mega-tsunami.

Scientists have long debated whether liquid water ever flowed across the surface of Mars, but this new analysis lends weight to the argument that it was once home to a very wet ocean, according to The New York Times, that was roughly as deep as the crater is wide.

Some features of the crater can only be explained by the presence of a liquid ocean, according to research published last month in the journal JGR Planets. Nearby cliffs and other features on the now-dry surface of Mars look like they used to be coastlines and riverbeds that were shaped by massive waves.

It's too early to decide conclusively what Mars used to look like or whether it may have once supported life, but this new study is a fascinating push towards the affirmative.

READ MORE: When a Mega-Tsunami Drowned Mars, This Spot May Have Been Ground Zero [The New York Times]