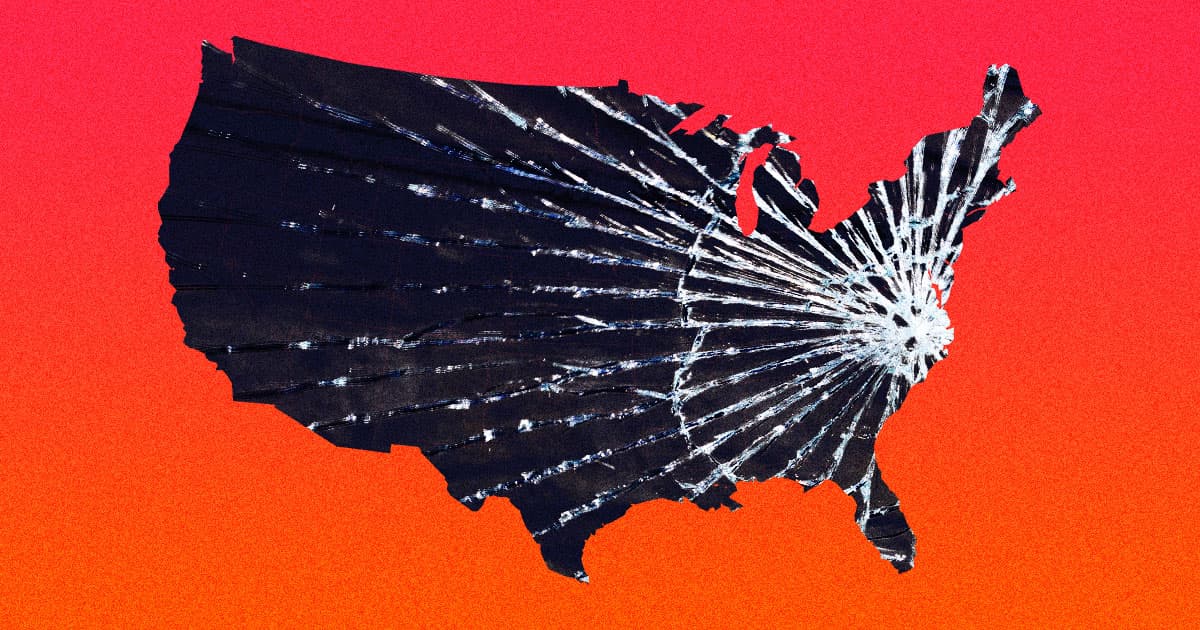 79 Percent of Americans Say US Is Falling Apart

Without getting dramatic, this seems bad.

Without getting dramatic, this seems bad.

One week after the pro-Trump insurrection at the U.S. Capitol, a majority of Americans seemed to agree that the country is "falling apart."

That's according to a new Axios-Ipsol poll that gauged Americans' stance on the President, the state of the nation at large, and their feelings about impeaching and removing Donald Trump from office. As The Hill notes, about 79 percent of the 1,019 respondents at least somewhat agreed with the statement "America is falling apart" — a grim data point about Americans' expectations for the future, albeit during a tumultuous moment.

The poll revealed partisan splits, especially when it came to Trump's conduct and whether he should be held accountable for inciting the riot. But that pales in the face of the qualitative fact that an overwhelming majority of the population, at this moment, sees a bleak or fractured future for one of the world's wealthiest and most influential nations.

In other words, Americans may disagree on why America is "falling apart," but the near-unanimous sentiment that we're in a real mess is still an unfortunate sign for the future of the country. And as they stare down COVID, environmental destruction, deep internal divisions, and extraordinary inequality, maybe they're right to be concerned.

READ MORE: 4 in 5 say US is falling apart: survey [The Hill]

Elonely Planet
Elon Musk Shares Incredibly Stupid Meme Stolen from iFunny
4. 28. 22
Read More
What's a Space Force?
Progressive Groups Call For Elimination of Space Force
11. 18. 20
Read More
Helpful Hemp
Seven Ways Cannabis Legalization Will Make the Future Better
4. 10. 19
Read More
+Social+Newsletter
TopicsAbout UsContact Us
Copyright ©, Camden Media Inc All Rights Reserved. See our User Agreement, Privacy Policy and Data Use Policy. The material on this site may not be reproduced, distributed, transmitted, cached or otherwise used, except with prior written permission of Futurism. Articles may contain affiliate links which enable us to share in the revenue of any purchases made.
Fonts by Typekit and Monotype.