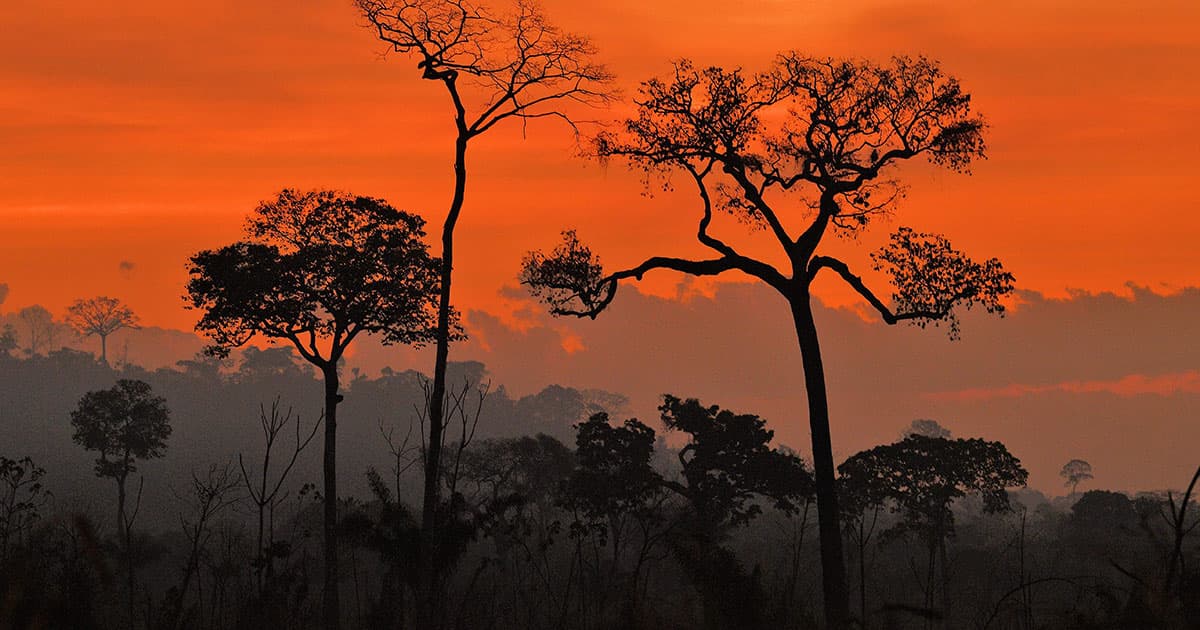 Amazon Rainforest on the Verge of Becoming a Dry Savannah, Scientists Say

A group of scientists say that the Amazon Rainforest is on the brink of collapse — and could transform into a dry savannah in just five years.

Luciana Gatti, a senior climate change researcher at the Brazilian National Institute for Space Research, is one of the many echoing this dire prediction. Speaking to New Scientist, she asserts that the Amazon could be just five years away from a total environmental disaster.

"We are about to collapse," she told the magazine. "We are in an emergency, we need action now."

"It’s a nightmare," she added.

Gatti was one of 200 climate experts who took part in the Science Panel for the Amazon’s (SPA) bleak assessment report of the world’s largest rainforest, published last month.

The comprehensive report identified a variety of different factors pointing to the rainforest’s collapse, with the primary drivers being the rising global temperatures due to climate change and the massive deforestation efforts by Brazil, where much of the Amazon is located.

One scientist told New Scientist that it would take just between 20 to 25 percent deforestation to reach an ecological tipping point due to the level of warming the forest is experiencing.

This is a recipe for "savannisation" — a process that describes a forest drying up due to reduced rainfall, and transforming into a dry, arid savannah grassland, according to the magazine.

"There is a narrow window of opportunity to change this trajectory. But action must be exponential," Mercedes Bustamante, a biologist at the University of Brasilia and SPA member, told New Scientist.

At minimum, this would mean halting all deforestation efforts immediately. This would also need to be followed by an aggressive reforestation campaign in order to restore the rainforest.

Our assessment: good luck getting any of that done within five years. It’s cynical, but the truth is any effort to prevent the Amazon rainforest from collapsing needed to be done decades — not years — ago.

That doesn’t mean we shouldn’t try to push world leaders to end deforestation completely. Efforts by world leaders at the recent UN climate summit shows that nations can agree on at least slowing down deforestation. However, we also shouldn’t expect the situation to get any better before it gets much, much worse.

READ MORE: The Amazon is turning into savannah – we have 5 years to save it [The New Scientist]

More on the Amazon: Facebook Vows to Stop Selling the Amazon Rainforest