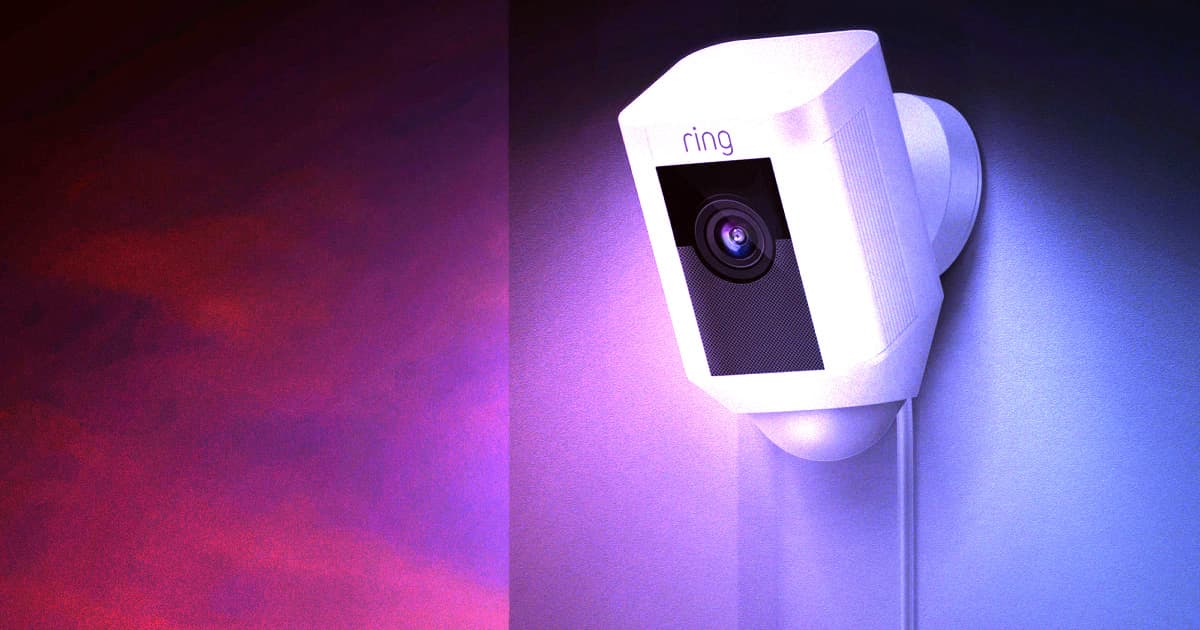 The city plans to use Ring footage, shared like a livestream with law enforcement, as part of its Real Time Crime Center, Jackson Mayor Chokwe Antar Lumumba told WLBT. It's the latest step as Ring home security cameras become a policing tool — and has broad privacy implications, even for those who don't opt in.

The 45-day pilot will allow Jackson law enforcement to tap into any participating residents' or businesses' Ring cameras in the area of a reported crime, giving them a view of entire blocks or streets, according to the Associated Press. That means that even if someone doesn't agree to join the program, their neighbors' Ring cameras could give cops a live feed of their homes.

"We'll be able to get a location, draw a circle around it and pull up every camera within a certain radius to see if someone runs out of a building," Lumumba told WLBT. “We can follow and trace them."

Amazon distanced itself from the program in a statement provided to the Electronic Frontier Foundation that asserted that third-party companies were the ones setting up the surveillance network for the company's cameras.

"[Amazon and Ring] are not involved in any way with any of the companies or the city in connection with the pilot program," Amazon told the EFF. "The companies, the police and the city that were discussed in the article do not have access to Ring's systems or the Neighbors App. Ring customers have control and ownership of their devices and videos and can choose to allow access as they wish."

More on Ring: Amazon Announces Security Drone That Flies Around Your Home

From the Dept. of Bad Ideas
Cops Upload Image of Suspect Generated From DNA, Then Delete After Mass Criticism
10. 9. 22
Read More
Dron't
Drama Engulfs Plan to Zap School Shooters With Taser-Toting Drones
6. 4. 22
Read More
Company Town
Amazon Pays for High School Class About How to Be an Amazon Grunt
1. 26. 22
Read More
+Social+Newsletter
TopicsAbout UsContact Us
Copyright ©, Camden Media Inc All Rights Reserved. See our User Agreement, Privacy Policy and Data Use Policy. The material on this site may not be reproduced, distributed, transmitted, cached or otherwise used, except with prior written permission of Futurism. Articles may contain affiliate links which enable us to share in the revenue of any purchases made.
Fonts by Typekit and Monotype.