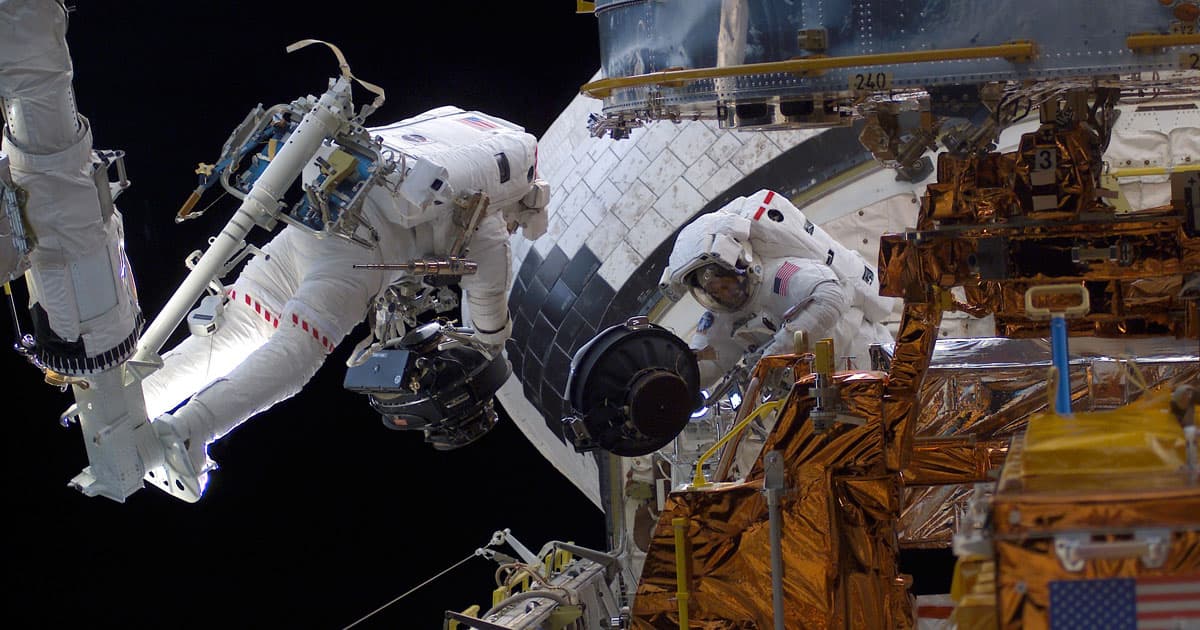 The Search for Aliens May Depend on In-Space Assembly

Building everything on Earth will vastly limit how much we can explore.

Building everything on Earth will vastly limit how much we can explore.

If we ever want to find habitable planets far away from Earth, spot whatever extraterrestrial life be out there, or fly crewed missions out into deeper space, we're going to have to invest heavily in space-based manufacturing operations.

That's especially when it comes to peering into space that's farther away from Earth. That reason is that we're reaching the point where the telescopes that are big enough to improve upon current models are also too big to build on Earth then fly into space. That's the crux of the argument of a new feature in Scientific American, which listed the in-space assembly and modifications to the Hubble Telescope and International Space Station as examples of how in-space assembly could push forward our understanding of the cosmos.

It's simple physics: a high-definition image of deep space requires a telescope to have a big lens. Sure, it would be simpler to manufacture these complex apparatuses on Earth, but doing so would require the use of heavier and riskier rockets.

Meanwhile, smaller rocket launches — which could carry all of the parts, but with some assembly required — seem to grow cheaper and more commonplace by the day.

In-space assembly matters for other reasons, too. Recent progress in the realm of microgravity-environment 3D printing and similar endeavors will be necessary if we ever want people to actually explore deep space.

"Imagine a world where once your car runs low on fuel, instead of driving to the gas station you take it to the junkyard and abandon in," DARPA program manager Joe Parrish told Scientific American. His message is clear — if we don't find new ways to become self-sustaining on our journey into space, we will never get very far.

More on orbital telescopes: Telescope Upgrade Will Create the Most Detailed Map of the Universe Ever

Loose Signal
Potential Alien Signal Coming From Direction of Earthlike Planet, Scientists Say
Jun 15
Read More
Astronaut Drip
We Just Got the First Peek at NASA's Artemis Moon Landing Suits
Jun 3
Read More
Space Invaders
Study: There May Be as Many as Four Evil Civilizations in Our Galaxy
Jun 1
Read More
+Social+Newsletter
TopicsAbout UsContact Us
Copyright ©, Camden Media Inc All Rights Reserved. See our User Agreement, Privacy Policy and Data Use Policy. The material on this site may not be reproduced, distributed, transmitted, cached or otherwise used, except with prior written permission of Futurism. Fonts by Typekit and Monotype.