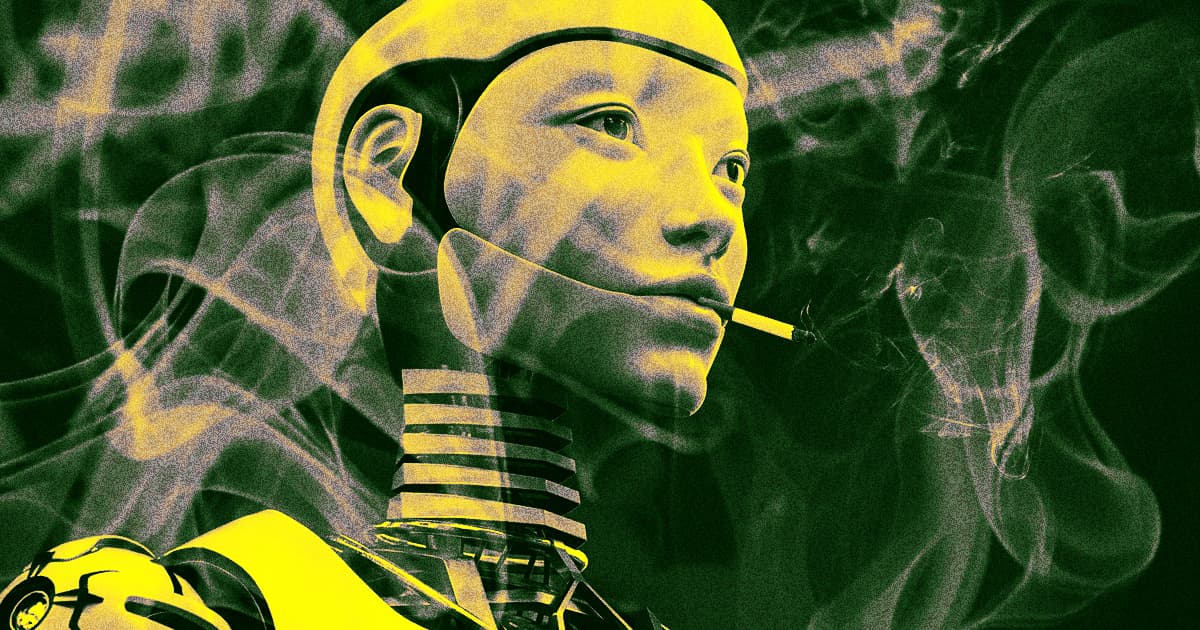 The Chinese tech and e-commerce giant Alibaba recently announced a plan to roll out 1,000 delivery robots throughout the country this year — and it's taking some jabs at the human delivery workers they'd be replacing.

The delivery bot rollout is meant to better tackle the "last mile problem" of delivery logistics, according to The Register, in which an otherwise smooth process can get messed up by traffic, human error, and other unforeseen problems. Alibaba is automating the process and testing out its robots on college campuses and housing complexes instead of relying on human couriers, with whom the company seems to be pretty fed up.

"Alibaba's robots will be able to make the trip without deviations or smoke breaks," reads an Alibaba blog post.

Aside from ribbing the workforce that it's about to try and automate out of a job, Alibaba goes on to make some pretty bold claims about what its delivery robots will be able to accomplish.

"This final leg in a journey that stretches from the manufacturer to the buyer can flummox human couriers," the blog post reads. "Delivery people can get lost trying to find a flat in a tower block or navigate a large housing estate."

But the robots, it says, can build up a comprehensive understanding of their surroundings while they scoot along down sidewalks and bike paths. Alibaba claims that the robots can plot the trajectories of people and vehicles and predict their movements five to ten seconds into the future with 99.9999 percent accuracy. That's an eyebrow-raising, dubious statistic, given how unpredictable both pedestrians and drivers can be, but it does highlight how much faith Alibaba seems to be placing in a robotics-dominated future.

UBI and Robots Forever
How Universal Basic Income Could Be Affordable, Andrew Yang Explains
3. 10. 19
Read More
Roll Out
Lawmakers Don't Know How to Regulate Amazon's Delivery Robots
1. 29. 19
Read More
With Bees Scarce, A Drone Pollinates A New York Apple Orchard
6. 7. 18
Read More
+Social+Newsletter
TopicsAbout UsContact Us
Copyright ©, Camden Media Inc All Rights Reserved. See our User Agreement, Privacy Policy and Data Use Policy. The material on this site may not be reproduced, distributed, transmitted, cached or otherwise used, except with prior written permission of Futurism. Fonts by Typekit and Monotype.