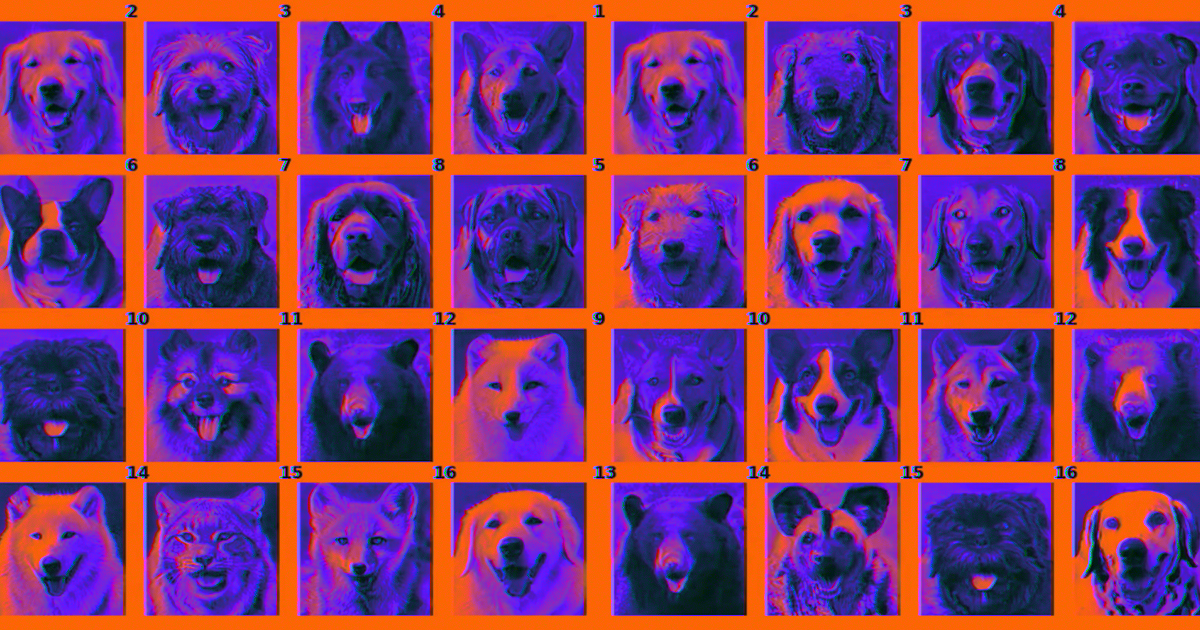 This AI Shows What You'd Look Like as a Puppy

We already have algorithms that can create pictures of people that don't really exist and perfectly mirror the voices of people who do — and now there's an algorithm to turn you into fluffy dogs and cats.

A new algorithmic tool developed by Nvidia called "PetSwap" can take a photograph and morph its subject into a variety of dogs, cats, and other species. In other words, it can turn your portrait into a puppy.

The algorithm behind the tool is called Few-shot UNsupervised Image-to-image Translation, or FUNIT, according to Vice. It relies on a generative adversarial network, or GAN, which is a type of AI typically used to generate deepfakes and train autonomous vehicles how to drive on potential road conditions.

Curious what you'd look like as the cover of an Animorphs novel? You can test out the algorithm yourself by uploading a selfie. People with glasses, beware — the results can be horrifyingly varied.

The tool may be fun to play with, but if algorithms like PetSwap could generalize more successfully from a small pool of new information, they could speed up the development of machine vision tech.

"Humans are remarkably good at generalization," explains the paper about the project. But for AI, generalizing from a few samples "based on prior knowledge is entirely beyond their reach."

READ MORE: Turn Your Pet Into Another Species With This AI Tool [VICE]