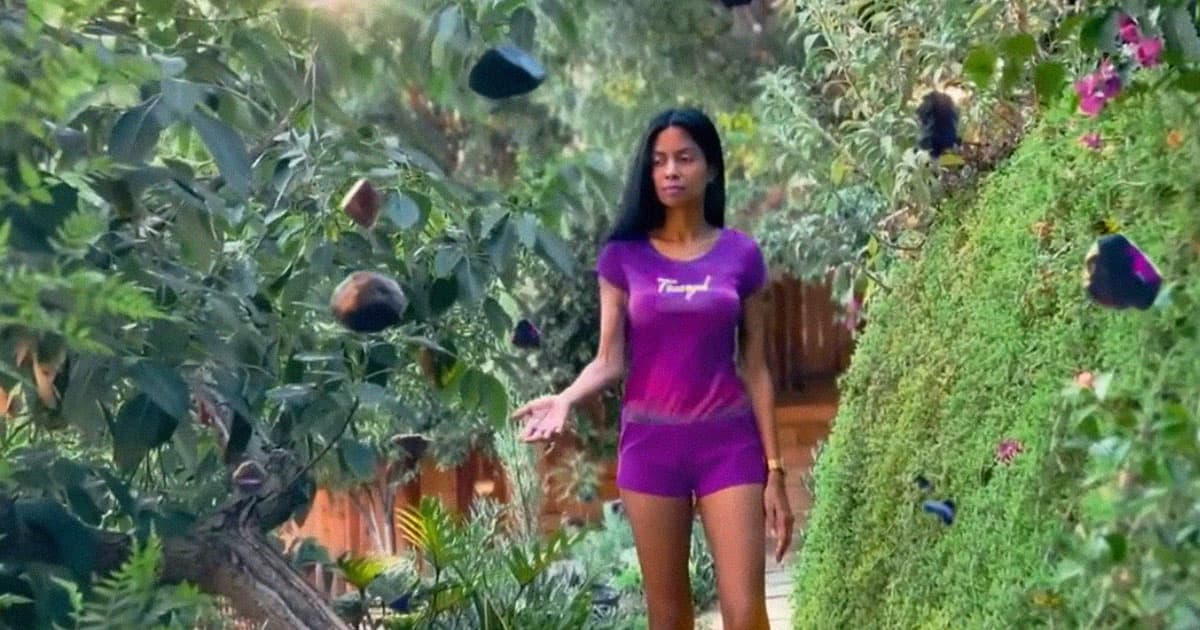 These designs are seriously beautiful.

These designs are seriously beautiful.

Is artificial intelligence about to take over the fashion world, one runway at a time?

AI-powered text-to-image generators like OpenAI's Dall-E and Midjourney have gone absolutely viral, and for good reason. Sure, they can produce some seriously nutty imagery, but at the end of the day it's the quality of that output, whether realistic or outlandish, that makes it so captivating — not to mention useful.

That in mind, these programs, though still in beta, are already starting to make their way into creative industries. And yesterday, Twitter got a taste of what the beginnings of text-to-image-generated fashion might look like.

"AI fashion show using Dall-E to generate hundreds of outfits..." a user named Paul Trillo wrote in a tweet, complete with a  stunning video showcasing a series of vibrant AI-made outfits that he says he generated in collaboration with artist Shyama Golden. "An interesting way to brainstorm costume and fashion design ideas."

AI fashion show using dall-e to generate hundreds of outfits of the day after tomorrow. An interesting way to brainstorm costume and fashion design ideas.

It does seem plausible that the fashion industry could move to embrace text-to-image generators —  for brainstorming fashion shows, as Trillo suggests, and more.

Fast fashion sites value quantity above all else, some of them churning out thousands of new designs daily. AI could make that process even faster, which ultimately helps their bottom line. Meanwhile, a number of brands have begun to utilize the metaverse — where at least one digital fashion show has already taken place — as a space to sell their goods, and digital influencers have raked in millions of followers. AI could certainly find its place within any of these operations, especially, again, for volume and speed.

Trillo isn't the first creator to use text-to-image services as a way to brainstorm creative ideas. Artists from a number of creative fields claim to have used the tech as a way to speed their creative process along, whether their creations remain digital renderings or are recreated offscreen.

The incorporation of these programs into creative industries, however, isn't without controversy. Many have pondered more philosophical questions of AI-assisted creativity, while others worry about job security — a discussion that's gained momentum following OpenAI's declaration that Dall-E 2-generated imagery can be bought and sold.

"A decade ago, the conventional wisdom was that AI would first impact physical labor, and then cognitive labor, and then maybe someday it could do creative work," OpenAI's CEO, Sam Altman, wrote in an April blog post. "It now looks like it’s going to go in the opposite order."