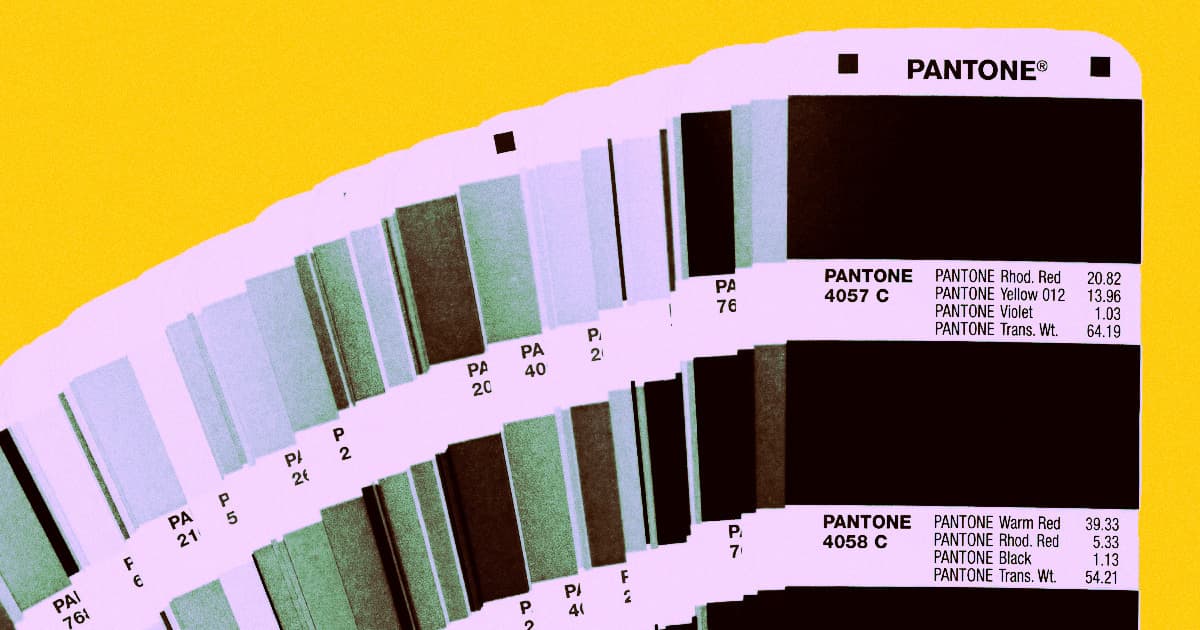 Want more reason to hate everything? Look no further than Pantone's latest money-grabbing gambit, which will soon require users to pay a not-tiny monthly subscription fee to use its fancy colorways on Adobe products.

First spotted by designer Iain Anderson, users will have to pay $21 per month to get access to Pantone's encyclopedic color catalog — and that moreover, this move appears to be retroactive, and would remove any Pantone-trademarked color from any Adobe file you open starting in November, regardless of the age of one's software or the file itself.

Fun times ahead for #Adobe designers. Today, if you open a PSD (even one that's 20 years old) with an obscure PANTONE colour, it will remove the colour and make it black. Pantone want US$21/month for access, and Solid Coated goes behind the paywall in early November. pic.twitter.com/BUxzViYFaQ

If you're confused, you're not alone. As Kotaku notes in its writeup of the change, the move comes after complex twists and turns, with Adobe announcing last year that it would be dropping Pantone colors.

Since then, nobody's really known what was up between two of the most important monoliths in the design world, with timelines of Adobe's promised "alternative solution" coming and going repeatedly before Anderson spotted the change this week.

"As we had shared in June, Pantone decided to change its business model," an Adobe spokesperson told us. "Some of the Pantone Color Books that are pre-loaded in Adobe Photoshop, Illustrator, and InDesign were phased-out from future software updates in August 2022. To access the complete set of Pantone Color Books, Pantone now requires customers to purchase a premium license through Pantone Connect and install a plug-in using Adobe Exchange."

"We are currently looking at ways to lessen the impact on our customers," they added. "In the meantime, customers also have access to up to 14 extensive color books through Creative Cloud subscriptions."

Beyond the annoyance of the whole endeavor, it also opens up a whole philosophical can of worms, given that attempts to trademark colors are equal parts goofy, bizarre, and difficult.

"Owning colors is a terrible idea and technically, it's not possible to do so," copyright watchdog Cory Doctorow asserted on his blog. "Neither UPS Brown nor John Deere Green are 'owned' in any meaningful sense, but the companies certainly want you to believe that they are."

"The law is clear that colors aren't property," he added, but companies like Pantone are going to keep trying to say that they are — and keep charging people to use them — until everyone decides in tandem to turn their backs on these sorts of industry standard-bearers.

Updated with remarks from an Adobe spokesperson.

Brands We Love
Considering a New Career? This Adobe CC Training Can Kickstart Your Graphic Design Biz
5. 15. 20
Read More
An Algorithm Designed 7 Million One-Of-A-Kind Labels for a Nutella Campaign
6. 22. 17
Read More
Adobe's New Audio Tool Can Change What Anyone Says
11. 6. 16
Read More
+Social+Newsletter
TopicsAbout UsContact Us
Copyright ©, Camden Media Inc All Rights Reserved. See our User Agreement, Privacy Policy and Data Use Policy. The material on this site may not be reproduced, distributed, transmitted, cached or otherwise used, except with prior written permission of Futurism. Articles may contain affiliate links which enable us to share in the revenue of any purchases made.
Fonts by Typekit and Monotype.