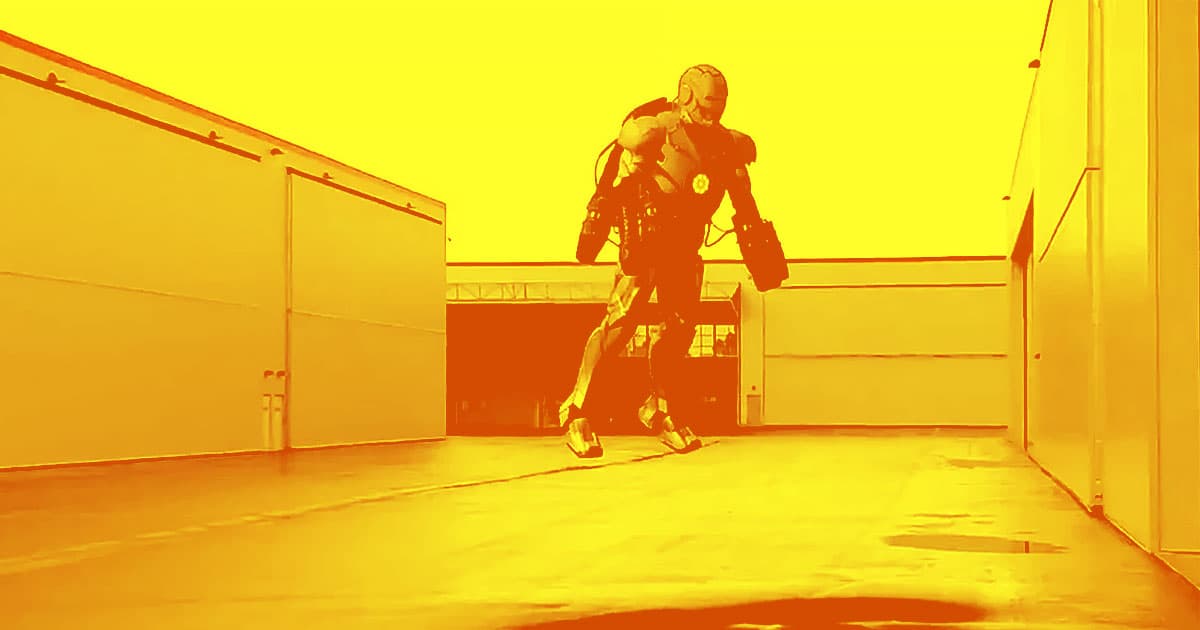 If Tony Stark was real and he wanted to build an Iron Man suit, "this is precisely how he would do it."

If Tony Stark was real and he wanted to build an Iron Man suit, "this is precisely how he would do it."

The jetpack behind the suit comes courtesy of Gravity Industries, a startup run by UK inventor Richard Browning, and uses five 1,000 horsepower mini jet engines. Honestly, you have to see it to believe it:

Savage met Browning in a giant air hanger east of San Francisco for some flying lessons. In Friday's premiere of Savage's new eight-part Discovery Channel series, called "Savage Builds," Savage is still a little wary of turning the throttle to 11 — but you'll be able to watch Browning zip up to roughly 15 feet.

"It sounds like hyperbole, but I swear… if Tony Stark was not fictional and he was building an Iron Man suit right now, this is precisely how he would do it and this is the exact technology he'd be using," Savage told CNET.

The idea arose from Savage's appearance at the Colorado School of Mines, which had access to titanium 3D printers large enough to print an entire bulletproof Iron Man suit.

Future episodes will include builds of three "Mad Max"-style cars and a giant, rocket-propelled cart, just like the one designed by the British Army during World War II.

"That was the most fun I've ever had with 1,000 horsepower in my whole life," Savage said in an interview on his show. "That was astounding."

The first episode of "Savage Builds" is available for free to watch here in the U.S.

Science Fiction meets Science Fact: A Real Life Iron Man Suit
11. 3. 13
Read More
Apple Car News
Apple Gives Up on Making Its Upcoming Car Fully Autonomous
Yesterday
Read More
Gross
Residents Alarmed When Entire River Turns White
Yesterday
Read More
+Social+Newsletter
TopicsAbout UsContact Us
Copyright ©, Camden Media Inc All Rights Reserved. See our User Agreement, Privacy Policy and Data Use Policy. The material on this site may not be reproduced, distributed, transmitted, cached or otherwise used, except with prior written permission of Futurism. Articles may contain affiliate links which enable us to share in the revenue of any purchases made.
Fonts by Typekit and Monotype.