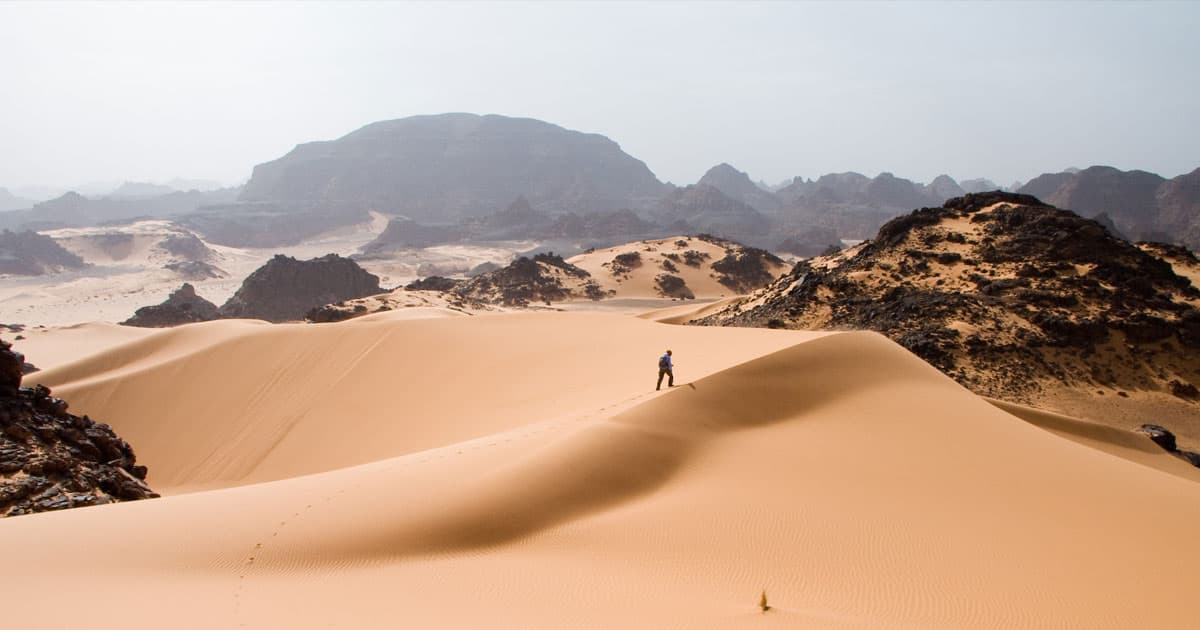 In 50 years, Billions of People Could Face Sahara-Like Heat

According to a new climate model, a fifth of the entire Earth could be as hot as the Sahara Desert by the year 2070.

That would force about three billion people to either flee their homes or try survive in hellish temperatures, Earther reports. It’s a particularly dire outlook for humanity — especially because it would render farmland incapable of growing the staple crops on which we rely.

The prediction is based on a scenario in which not only does humanity fail to address climate change but continues to increase its greenhouse gas emissions over time, according to Earther.

The study, published Monday in the Proceedings of the National Academy of Sciences, shows how regions of every inhabited continent will become totally inhospitable — especially around Brazil, Northern Africa, and India. Meanwhile, vast swaths of Russia, Canada, and the Arctic will gradually develop temperate climates.

As parts of the world pass the habitable temperature threshold, Earther reports, massive numbers of climate refugees will need to flee to the northern and southernmost pockets of the world in search of a more welcoming environment.

That means that unless climate change is thoroughly combatted on an international scale, nearly half of the people on Earth will need to uproot and find a new home in the coming decades.

READ MORE: A Third of the World’s Population Could Be Blanketed in Sahara-Like Heat by 2070 [Earther]