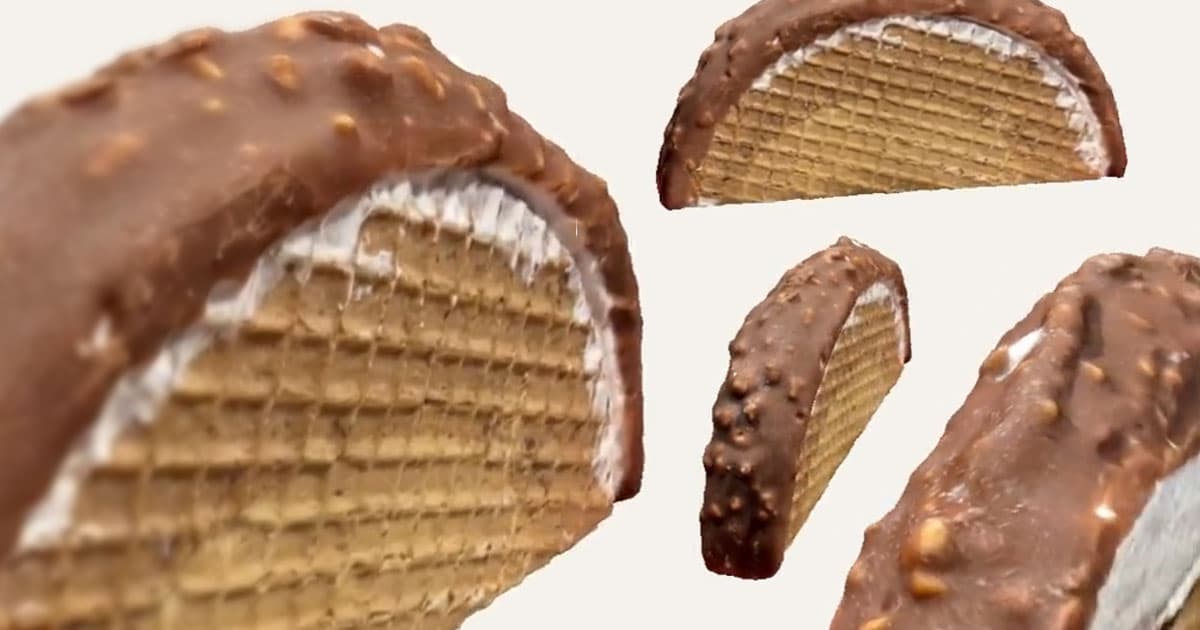 We thank them for their service.

We thank them for their service.

A Los Angeles-based visual effects artist who goes by the moniker Cinnamontographer has taken on the audacious task of forever enshrining an important cultural artifact in the form of a high-fidelity 3D scan.

Yes, we're talking about a frozen snack. In an exciting showcase of cutting edge tech, the animator showed off a dazzling, photorealistic rendition of a Choco Taco — the iconic ice cream truck treat that is being officially discontinued by confectionary maker Klondike.

the Choco Taco is being discontinued so I bought one at the liquor store and 3D scanned it pic.twitter.com/fdILGEMn5g

The discontinuation of the treat has turned into a media sensation, with millions mourning the loss of their favorite ice cream novelty.

"Not the Choco Taco!" Late Show host Stephen Colbert lamented earlier this week. "It was the only dessert with as much real beef as Taco Bell."

But thanks to the technological prowess of Cinnamontographer, we can at least gaze upon the treat in perpetuity before it disappears from ice cream trucks forever.

"We know how disappointing it is when your favorite frozen dessert isn’t available anymore," Klondike wrote in a statement to a fan, as quoted by The Takeout. "It’s always a tough decision for us to discontinue a product, especially when we hear from fans like you that really enjoyed it."

It's still unclear whether Klondike is messing with us. It certainly wouldn't be the first time a mainstream food item was discontinued, only to be resurrected later to much fanfare.

But we're not holding our breath when it comes to the Choco Taco. So for now, we'll have to contend ourselves with a photorealistic 3D render of the treat — a chance to memorialize what has been lost.

This New 3D Holographic Microscope Allows Real-Time Cell Visualization
3. 29. 16
Read More
New Tech Lets You See Under Your Skin in 3D
3. 25. 16
Read More
In Potential VR and 3D Printing Breakthrough, MIT Researchers Make 3-D Imaging 1000 Times Better
12. 21. 15
Read More
+Social+Newsletter
TopicsAbout UsContact Us
Copyright ©, Camden Media Inc All Rights Reserved. See our User Agreement, Privacy Policy and Data Use Policy. The material on this site may not be reproduced, distributed, transmitted, cached or otherwise used, except with prior written permission of Futurism. Articles may contain affiliate links which enable us to share in the revenue of any purchases made.
Fonts by Typekit and Monotype.