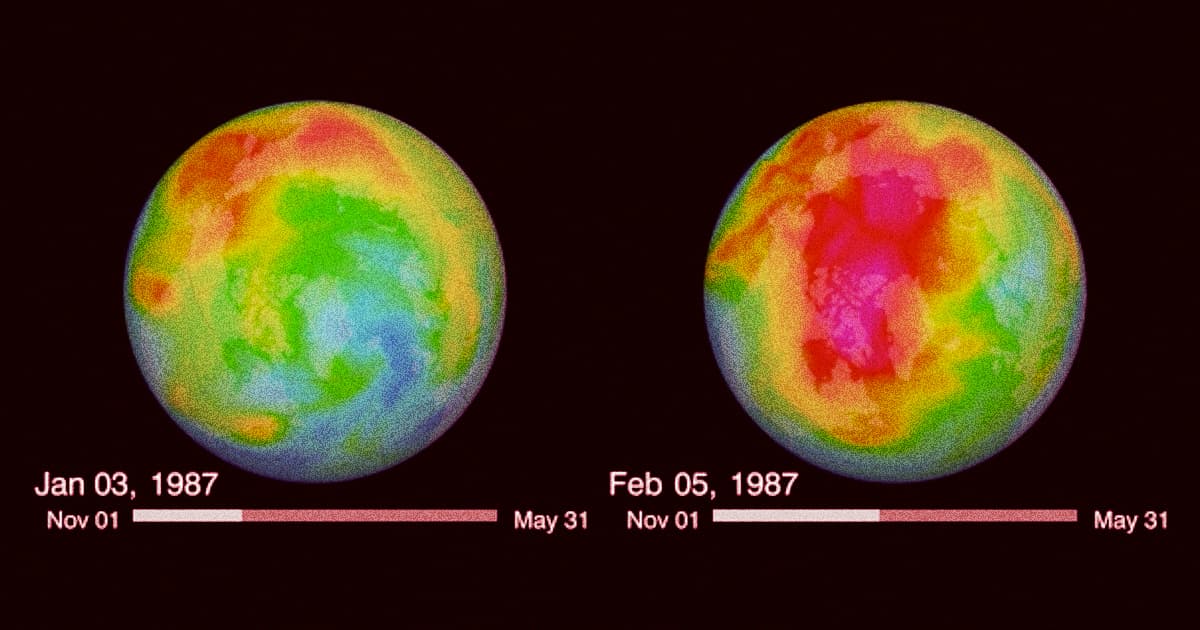 Or, at the very least, it bought us crucial time.

Or, at the very least, it bought us crucial time.

Back in 1987, world leaders came together to ban chlorofluorocarbons (CFCs), which are the chemicals associated with the gigantic, gaping hole in the ozone layer that persisted for decades.

And it's a good thing that they did. Research published in the journal Nature on Wednesday found that a world in which the 1987 Montreal Protocol on Substances that Deplete the Ozone Layer treaty never happened, the planet would be in horrible shape. In the present-day of that hypothetical world, we would already be living through some of the worst-case, nightmare scenarios caused by worsening climate change that we, in a world with the 1987 treaty, are currently trying to avoid, The BBC reports.

Part of the problem would have stemmed from the CFCs and their role as greenhouse gases. But the damage to the ozone would have also vastly accelerated climate change, the BBC reports, releasing currently-sequestered carbon into the atmosphere and causing further environmental degradation.

Among other dangers, the scientists found that global temperatures would have increased by 2.5 degrees Celsius over pre-industrial levels by 2100, according to the BBC. Scientists' current-yet-still-dire projections estimate that urgent climate action could, perhaps, theoretically, limit that warming to the 1.5-degree threshold set by the 2015 Paris agreement.

That would have meant more extreme weather, more deadly heats, more infrastructure collapse, and more mass death and extinction, to be blunt.

All things considered, global climate change is still a dire existential threat that needs immediate action if we're to leave a habitable planet behind for future generations. The 1987 treaty didn't prevent anything — it bought us the crucial time to get our acts together and stop making climate change worse.

"The science was listened to and acted upon — we have not seen that to the same degree with climate change," lead study author and Lancaster University researcher Paul Young told the BBC. "But I would be cautious of using it as a positive example for the climate negotiations. It's not [directly] comparable — but it's nice to have something positive to hold on to and to see that the world can come together."

More on the ozone layer: Our Efforts to Heal the Ozone Layer Are Finally Paying Off