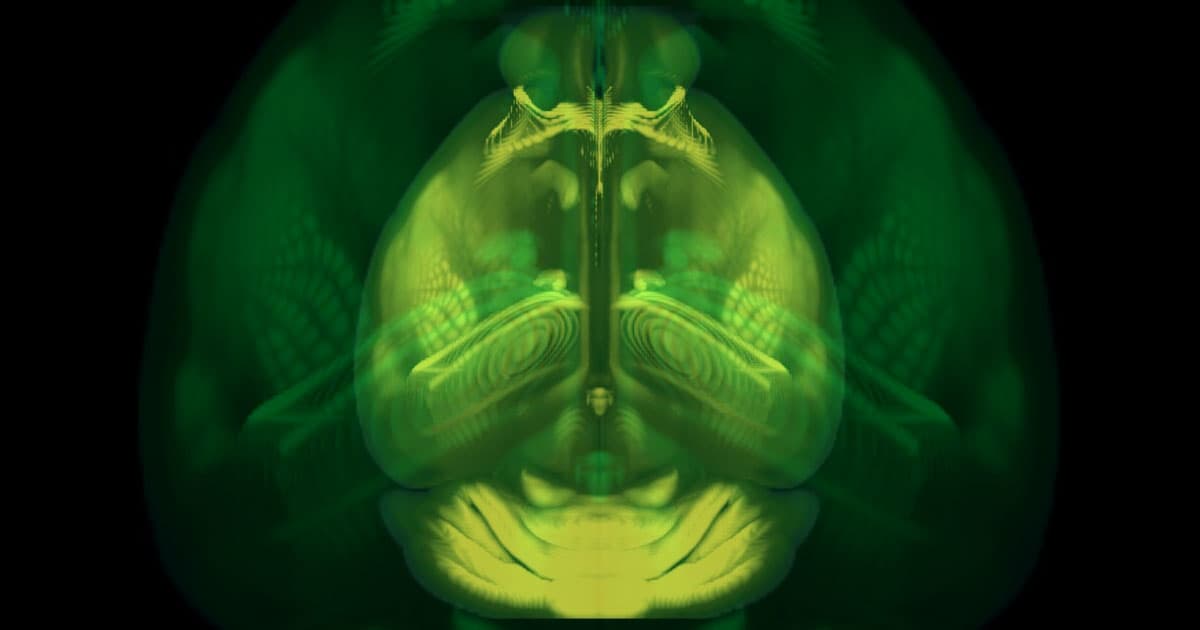 After three years of work, a team of neuroscientists built a complete, three-dimensional map of the mouse brain, which they say could be a gamechanger for biological research.

The map, the third and most ambitious mouse brain atlas developed by the Allen Institute for Brain Science, contains coordinates for 100 million brain cells, according to research published Thursday in the journal Cell. Because mice are so commonly used for neurological research, it could vastly improve the pace at which scientists uncover new discoveries.

Traditionally, analyzing an animal's brain involves scanning paper-thin slices or recording neural activity by sticking it with probes. By providing a full virtual map, the researchers hope to cut down on the more tedious aspects of neurological experimentation.

"The atlas was a really necessary resource that enabled the very idea of doing studies at the brain-wide level," Allen Institute researcher Nick Steinmetz said in a press release. "When you're recording from hundreds of sites across the brain, that introduces a new scale of investigation."

While this new iteration is the most comprehensive brain atlas to date, the team hopes to keep developing it as they learn more.

"As we know now, atlases should be evolving and living resources, because as we learn more about how the brain is organized, we will need to make updates," Allen Institute neuroanatomist Julie Harris said. "Building atlases in an automatic, unbiased way is where the field is likely moving."

More on brain maps: We Have Created the Most Extensive Map of an Organism’s Brain Wiring to Date

Buzz Buzz
Scientists Hijack Fruit Fly Brains to Remote Control Their Wings
Jul 20
Read More
Heady Stuff
Experiment Suggests That Consciousness May Be Rooted in Quantum Physics
Apr 19
Read More
Gene-Hacked Blood Suckers
Residents Furious at Release of 500 Million Gene-Hacked Mosquitoes
4. 26. 21
Read More
+Social+Newsletter
TopicsAbout UsContact Us
Copyright ©, Camden Media Inc All Rights Reserved. See our User Agreement, Privacy Policy and Data Use Policy. The material on this site may not be reproduced, distributed, transmitted, cached or otherwise used, except with prior written permission of Futurism. Articles may contain affiliate links which enable us to share in the revenue of any purchases made.
Fonts by Typekit and Monotype.