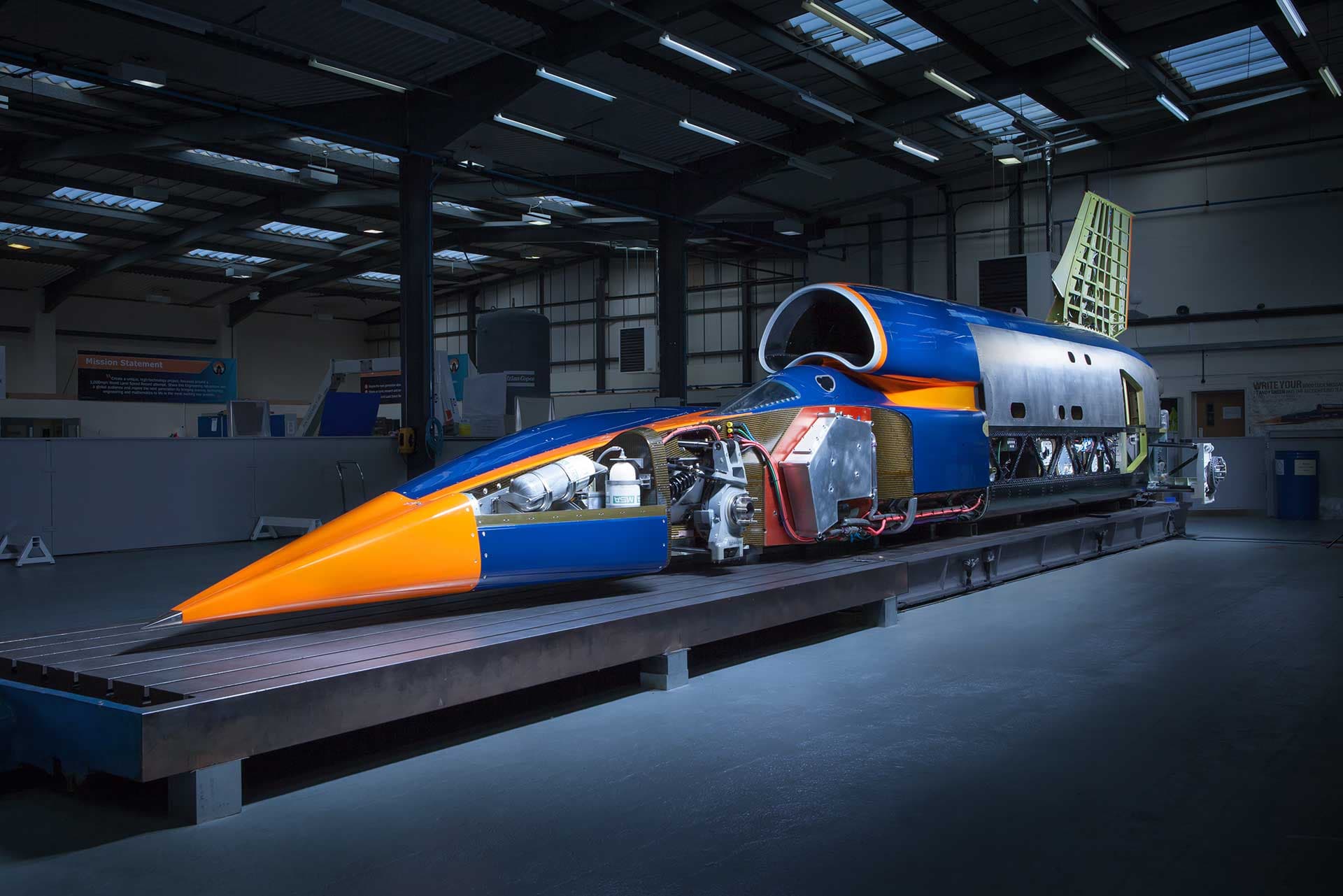 Along a runway at the Newquay Airport in southwest England earlier today, the Bloodhound Supersonic Car zoomed past its hopeful goal of 322 km/h (200 mph). Described by the Bloodhound Project as "the world’s most advanced straight-line racing car," the Bloodhound SSC reached a peak speed of 340 km/h (210mph).

In its first public test drive, the Bloodhound SSC completed two laps along the 2.7-km (9,000-ft) runway powered by a Rolls-Royce EJ200 jet engine, which is typically found in a Eurofighter Typhoon jet. It's no surprise, then, that the Bloodhound SSC required a professional driver like RAF Wing Commander Andy Green, who set the current World Land Speed Record of 1,228 km/h (763.035 mph) 20 years ago.

While such an engine is impressive, capable of a combined output similar to 360 family cars, the Bloodhound SSC would eventually be outfitted with a rocket motor that could reach top speeds of 1,610 km/h (1,000 mph). This upgrade won't happen within the next two to three years, but today's test gave the Bloodhound team confidence that it could eventually reach these goals, the BBC notes.

Aside from the Bloodhound SSC reaching supersonic speeds —roughly 1,235 km/h (768 mph)— others have also been entering the speed game with airplane manufacturers like Boom and Virgin and even NASA each developing their own supersonic aircraft.

Read This Next
Formula E
Mercedes-Benz' First All-Electric Racecar Is Equipped Like a Beast
More on Advanced Transport
Netflix and Drive
Monday on futurism
Mercedes Claims to Have Achieved Level 3 Automation, Beating Tesla
Battery Trouble
Monday on the byte
Tesla "Spontaneously" Bursts Into Flames While Driving Down Freeway
High Tide
Jan 27 on the byte
We’re in Awe of Amsterdam’s Huge Underwater Bike Parking Garage
READ MORE STORIES ABOUT / Advanced Transport
Keep up.
Subscribe to our daily newsletter to keep in touch with the subjects shaping our future.
+Social+Newsletter
TopicsAbout UsContact Us
Copyright ©, Camden Media Inc All Rights Reserved. See our User Agreement, Privacy Policy and Data Use Policy. The material on this site may not be reproduced, distributed, transmitted, cached or otherwise used, except with prior written permission of Futurism. Articles may contain affiliate links which enable us to share in the revenue of any purchases made.
Fonts by Typekit and Monotype.