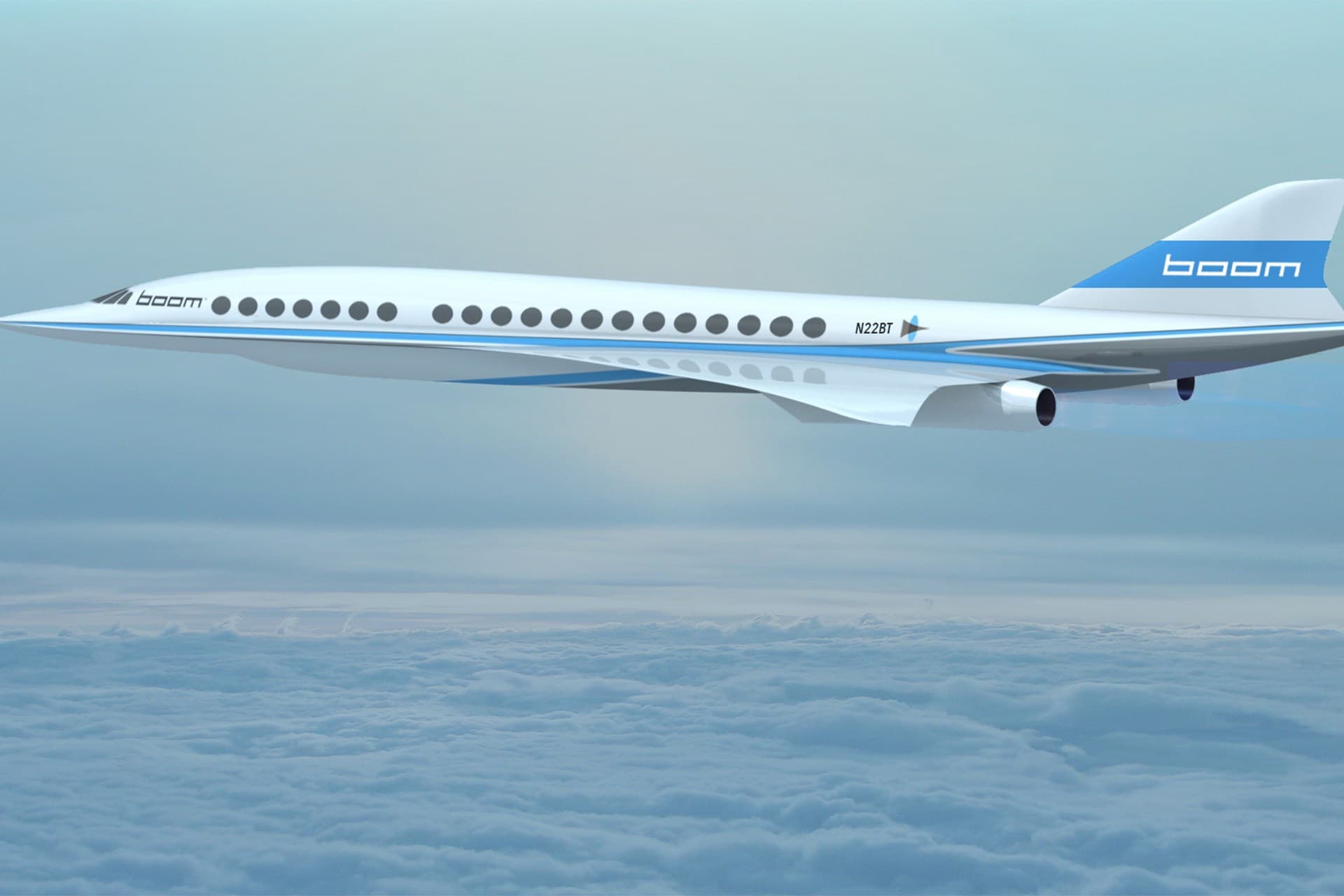 As far as startups go, Boom’s vision is pretty out there. They don’t intend to build a new app or create the newest social media craze—they’re building planes. And not just any ordinary plane—fast ones.

Boom’s plan is to design and build a supersonic passenger plane that can shuttle people from New York to London in just 3 and a half hours, or San Francisco to Tokyo in four and a half hours.

Does it seem like the start up is over reaching? Maybe. At this point, the company is still in the very early stages of achieving this goal, which could arguably be one of the most ambitious design projects for a passenger aircraft...ever. Right now, Boom is still working on designing the first prototype, eying late 2017 to start testing it out.

Yet, in spite of how elaborate and complex the development of this advanced tech might seem to be, it’s worth noting that the team behind Boom might actually have the talent to see this project through. Its team is composed of employees who once worked with NASA, Lockheed, and Boeing. This team has been part of a host of prestigious aircraft projects, such as the autopilot system on the 787, the development of fighter plane engines, and even the flight dynamics on SpaceshipTwo.

In addition, Richard Branson’s Virgin Group just announced their involvement in the project.

In an announcement made by Boom, Virgin has apparently optioned 10 planes—a deal valued at $2 billion. This is on top of the 15 planes optioned by another European carrier that has yet to be announced, adding up to a total of $5 billion optioned planes.

To be clear, Virgin has yet to actually buy the planes. Nevertheless, Virgin Galactic’s space division, The Spaceship Company, has already confirmed their commitment to provide design and manufacturing services, flight tests, and operations.

With Virgin now part of this initiative, the future of Boom’s vision looks brighter than ever.

Read This Next
Futurism
Richard Branson Launches New Company to Compete with Elon Musk
More on Robots & Machines
From the Dept. of...
Yesterday on futurism
The Best Mini Fridges of 2023
Blow Up Doll
Monday on the byte
Ukraine Accuses Russia of Using Inflatable "Dummy Tanks," Which Deflated
From the Dept. of...
Monday on futurism
The Best UPS Battery Backups of 2023
READ MORE STORIES ABOUT / Robots & Machines
Keep up.
Subscribe to our daily newsletter to keep in touch with the subjects shaping our future.
+Social+Newsletter
TopicsAbout UsContact Us
Copyright ©, Camden Media Inc All Rights Reserved. See our User Agreement, Privacy Policy and Data Use Policy. The material on this site may not be reproduced, distributed, transmitted, cached or otherwise used, except with prior written permission of Futurism. Articles may contain affiliate links which enable us to share in the revenue of any purchases made.
Fonts by Typekit and Monotype.