The Arctic Is Rapidly Turning Green, and It’s a Serious Problem

When it comes to the environment, greener is generally better. Except of course, when it comes to ecosystems that are specifically defined by freezing temperatures and ice.

In recent years, the Arctic sea ice has noticeably been getting greener. Scientists knew that the green was coming from phytoplanktons, microscopic marine plants that are growing under the sea ice. But these tiny organisms need sunlight, and it is impossible for them to grow and thrive in areas where the sun can’t reach them, like under thick ice. 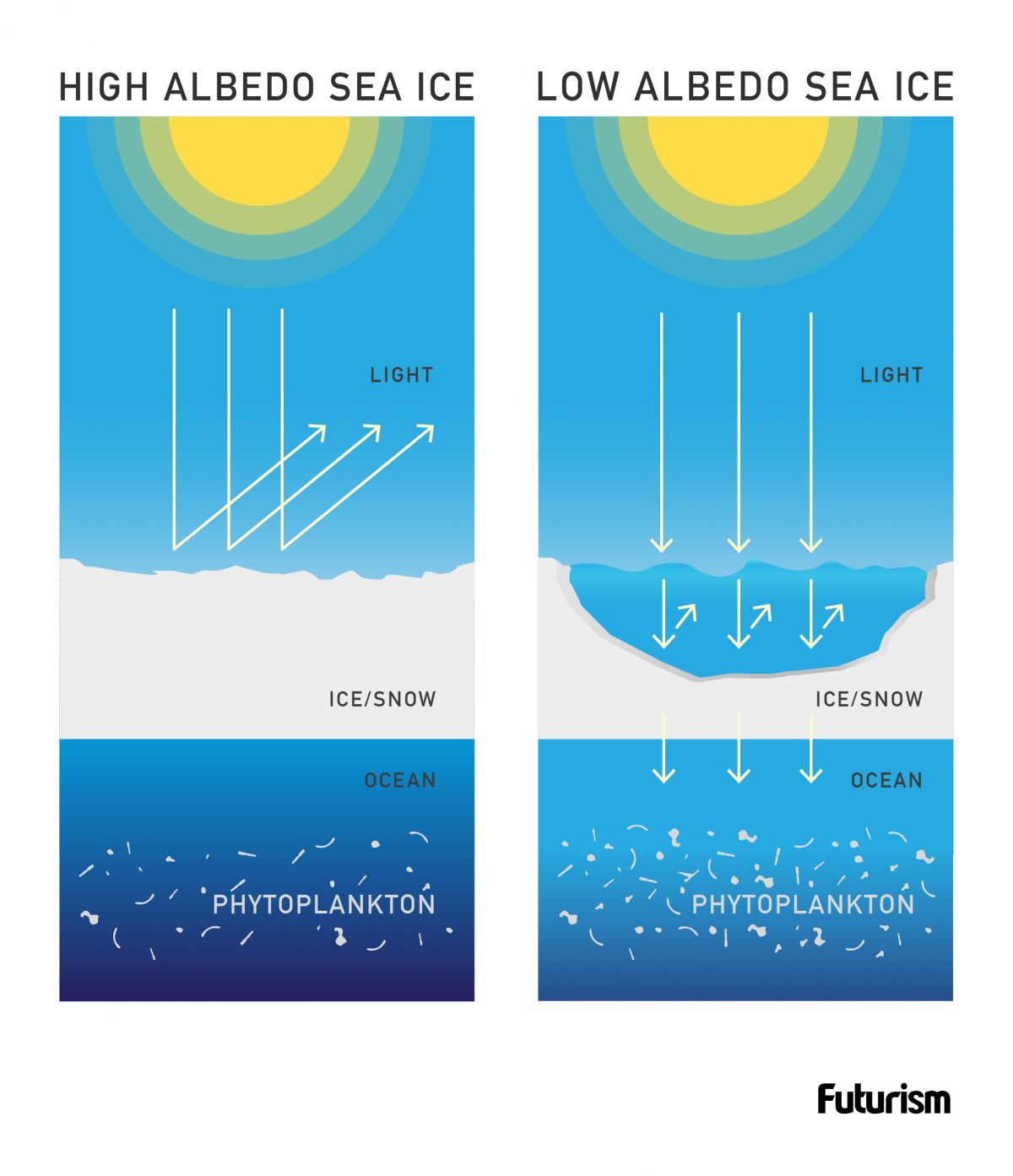 Today, international researchers conclude that the record low levels of sea ice in the Arctic are actually to blame for the increase in phytoplanktons. Instead of the ice reflecting the sunlight, it has thinned to a point that sunlight is now penetrating it, thus allowing phytoplankton colonies to thrive below the ice.

“[W]e went from a state where there wasn’t any potential for plankton blooms to massive regions of the Arctic being susceptible to these types of growth,” said one of the team members, Chris Horvat, in a press release from Harvard John A. Paulson School of Engineering and Applied Sciences (SEAS). Horvat is first author of the research paper and a graduate student at the SEAS.

Their conclusion is based on a mathematical model that allowed them to build a computer simulation of the ice conditions from 1986 to 2015 — and it confirmed their theory that the ice thickness was not only decreasing, but melt pools were also rising.

This nearly 10x increase of thin ice could radically shift how the affected ecosystem works. If conditions beneath the ice of the Arctic sea continue to become more hospitable for phytoplanktons, they could eventually opt to grow under the icy waters and make themselves unavailable to sea creatures that depend on them as a food source.

“All of a sudden, our entire idea about how this ecosystem works is different,” Horvat said in the press release. “The foundation of the Arctic food web is now growing at a different time and in places that are less accessible to animals that need oxygen.”

Because of climate change, scientists believe this greening will continue. This is new information adds to the evidence that we need need to address the impact we are having on our environment. After all, what happens in the Arctic isn’t an isolated event — the entire planet is interconnected.

Arctic Sea Ice Shrinks to the Second-Lowest Level Ever Recorded