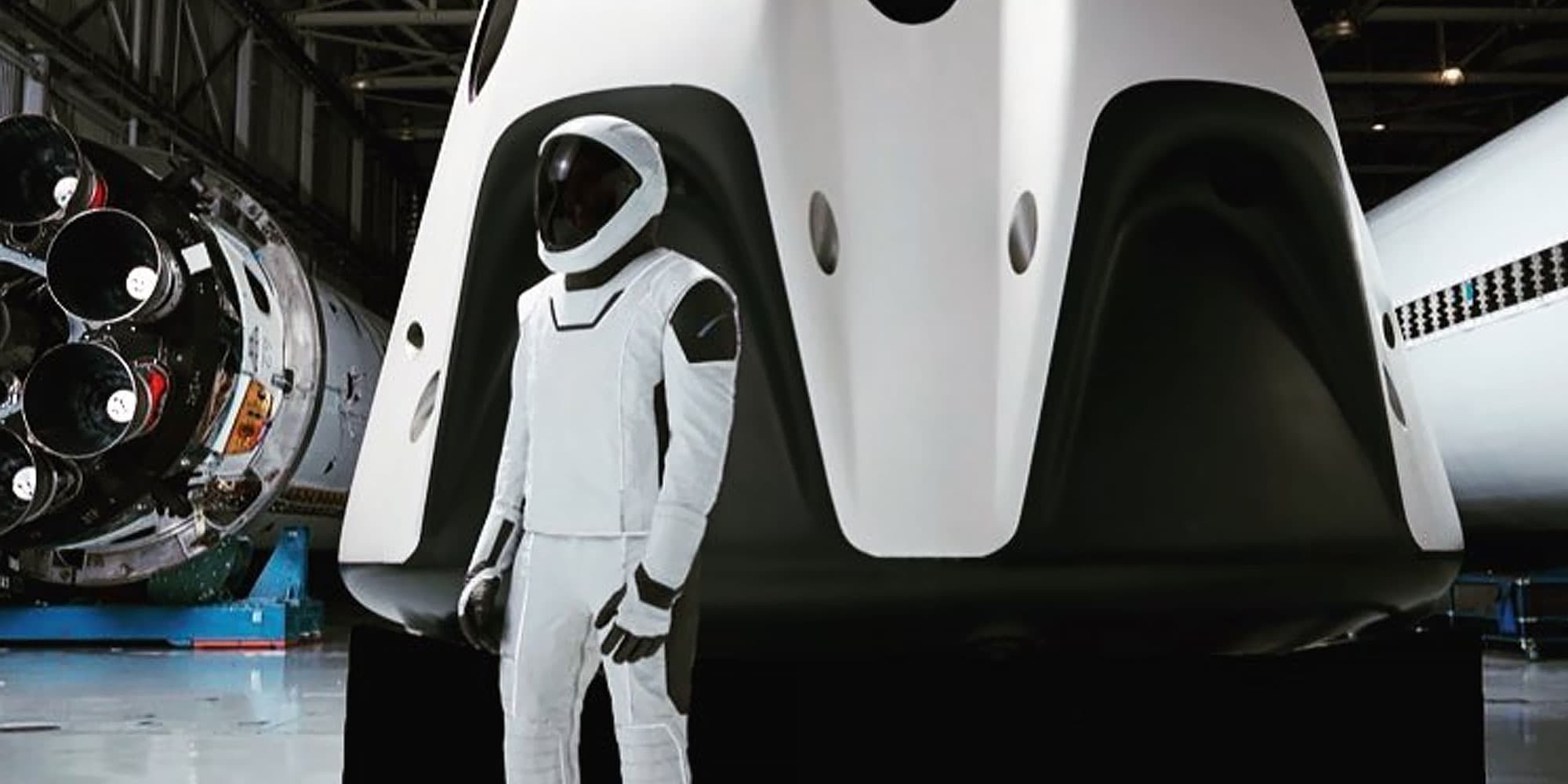 Elon Musk recently posted an image on Instagram of an ultra-sleek new SpaceX spacesuit positioned next to the equally awe-inspiring Crew Dragon spacecraft.

Musk first promised a look at the new suits a few weeks ago on Twitter and promptly made good on that promise with a first look a few days later. Based on the pictures and the available information, he has delivered on his vow to provide a balance between aesthetics and function — the suits look like a cross between Daft Punk and Mass Effect, and they've already passed double vacuum pressure tests.

Astronaut spacesuit next to Crew Dragon

The Crew Dragon also presents the next step in the evolution of spacecraft. The capsule is fully autonomous and can be controlled by onboard crew or crew members at SpaceX mission control.

The Crew Dragon will allow SpaceX to begin running commercial flights to the International Space Station (ISS). SpaceX was the first company to achieve commercial cargo missions to the station, and they are now well on their way to ferrying people to and from space.

SpaceX has come a long way in a very short period of time. They continue to push the boundaries of what is possible in the field of space exploration, and they look really cool doing it.

Read This Next
Shot Well
Head of NASA Relieved to Hear Elon Musk Isn't REALLY Running SpaceX
Makeover Scene
Space Tourist Says He's Thinking About Flying SpaceX Craft Up to Fix Hubble
Grain of Salt
There's a Huge Problem With Elon Musk's Promise to Bring Starlink to Iran
Sluggo Mode
SpaceX Has a Major Problem With Its Starlink Internet Connections
Dumpster Fire
SpaceX Tested Starship's Engines and Accidentally Caused a Large Fire
More on Off World
No More Hops, Mor...
9:06 PM on the byte
Suggestion: NASA Should Make Its Mars Helicopter Do Some Gnarly Tricks From "Tony Hawk"
Exoplanet Dance
Yesterday on the byte
Scientist Releases Amazing Video of Exoplanets Orbiting Distant Star
Space Junk News
Yesterday on the byte
Two Large Chunks of Space Debris Just Almost Collided in an Epic Disaster
READ MORE STORIES ABOUT / Off World
Keep up.
Subscribe to our daily newsletter to keep in touch with the subjects shaping our future.
+Social+Newsletter
TopicsAbout UsContact Us
Copyright ©, Camden Media Inc All Rights Reserved. See our User Agreement, Privacy Policy and Data Use Policy. The material on this site may not be reproduced, distributed, transmitted, cached or otherwise used, except with prior written permission of Futurism. Articles may contain affiliate links which enable us to share in the revenue of any purchases made.
Fonts by Typekit and Monotype.