Hack popular titles, use any controller you want. 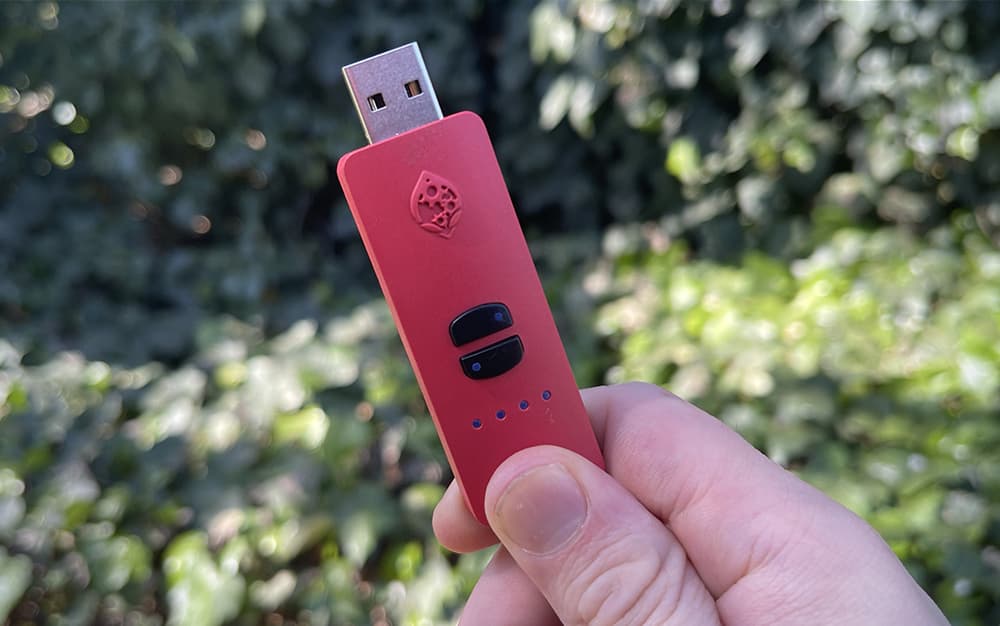 I don’t want to date myself, but my formative years were spent punching in the Konami Code to beat every game from “Contra” to “Aladdin.” This elegant universal code even has a musicality when you say it out loud: up, up, down, down, left, right, left, right, B, A, Start. GameShark devices unlocked even more potential granting infinite lives, unlocking secret characters, and even messing with games' entire physics engines. In the modern era, “hacking” isn’t nearly as common, though. There’s a Nintendo Switch accessory that captures some of this old-time magic called the Collective Minds Switch-Up Game Enhancer, and this is a thorough review of its capabilities.

We further explain how we test gaming equipment here.

What Is The Switch-Up Game Enhancer?

The Switch-Up Game Enhancer is developed and made by video game accessory company Collective Minds. It’s a USB device that allows you to “enhance” certain games much in the way the GameShark and Game Genie would. On its surface, it looks like a simple red USB-A stick, with two black buttons on it. It also allows you to connect a non-Nintendo Switch controller to your console, including but not limited to PS4 Dualshock, Wii U Pro, and Xbox Wireless.

To use it, plug the Switch-Up into the Nintendo Switch dock in TV mode. You can also use an included USB-A to USB-C converter for handheld and tabletop modes. But does the Switch-Up Game Enhancer truly enhance the gaming experience?

Switch-Up Game Enhancer Review: Is It Worth It?

Despite the fact that the halcyon days of cheat codes, Game Shark, and Action Replay are long gone, hacking is still done today. Granted, you have to know how to program and deal with the internal guts of a game, and that’s simply too much work for many gamers. The Switch-Up requires no real technical know-how, however: it’s a simple plug-and-play device.

Using the Switch-Up is as easy as advertised. Since both the Nintendo Switch and Nintendo Switch OLED docks have USB inputs on the outside, there’s no need to force it into the back of the system. Different modes for games are pulled off using button combos on your controller. Easy enough. The Switch-Up is compatible with a handful of games. These include: “Super Mario Odyssey,” “Animal Crossing: New Horizons,” “The Legend of Zelda: Breath of the Wild,” “Pokemon Sword and Shield” and “Fortnite.” There’s also compatibility with “Pokemon Brilliant Diamond and Shining Pearl,” but unlocking it requires an extra $20.

You can cycle through modes with the black button closer to the bottom tip of the Switch-Up and LED lights on the buttons that correspond with the colors of the game you’re trying to hack. To try out the device’s capabilities, I decided to go with one of the Switch’s flagship titles, “Super Mario Odyssey” whose LED light colors were appropriately red.

Remember when a cheat code let you play as President Bill Clinton in “NBA Jam” or Samus without her Varia suit in “Metroid” on the NES? Not to sound like a nostalgia simp, but I’m not sure codes these days have the same impact as they used to. Which isn’t to say the Switch-Up isn’t capable of pulling off some pretty cool stuff.

“Super Mario Odyssey,” like many 3D Mario titles, requires specific timing and button combinations to pull off certain feats. This makes for some seriously challenging platforming especially when you consider the wide range of level design in the game. At one point, you’re in a prehistoric playground complete with a Tyrannosaurus rex. The next you’re in a kingdom made of veggies. Pulling off the twitchy plumber gymnastics in one place doesn’t mean you’ll be able to pull them off in another.

Mario Mode helps pull off these flips, dives, and ground pounds with a single button. I had the most fun with “Ground Pound+,” which packs a built-in bounce for Mario to reach higher places. Other hacks available through Switch-Up Mario Mode help you nab infinite coins and moons but require a little more work, fussy button combos, and time. Still, it’s impressive just how Switch-Up pulls this off.

What is This Controller Sorcery?

Game “hacking” aside, the Collective Minds Switch-Up Game Enhancer has a secondary function. It lets you use controllers that aren’t compatible with Nintendo Switch. This includes older Nintendo gamepads such as the Wii U Pro Controller, but it also includes controllers made by Sony and Microsoft. Nintendo die-hards look away, what you’re about to see may shock you.

That’s an Xbox Wireless Controller being used to play “Super Mario 3D World + Bowser’s Fury.” I do not and have never owned one of Microsoft’s dedicated gaming consoles, but it’s hard for me to deny just how satisfying this sorcery is. I especially like the sunken D-Pad on the Xbox gamepad, which hits especially well when playing classic titles like “Castlevania Advance Collection.” It even comes with full rumble functionality. Is this blasphemous? Perhaps. But breaking the rules is worth it for full device freedom. Sadly, you can only connect one non-Nintendo Switch controller to the Switch-Up at a time. I hope this is remedied in later updates.

The Switch-Up gets regular updates via an app that is downloadable directly from its site. As someone who is mostly a Mac user, I was happy to see that I didn’t have to switch devices to update my device out of the box. There are easy installs for both Windows and four different Mac OS. The update took minutes and was performed easily.

When perusing through the games that Switch-Up Game Enhancer is compatible with, I noticed that “Pokemon Brilliant Diamond and Shining Pearl” was listed separately from other games. That’s because this mode is behind a paywall, which runs you an extra $20. I wouldn’t go so far as to call this weird hardware DLC cynical, but it is a bummer. At least Collective Minds touches on the update’s full capabilities (which are wide in scope) before you commit to buying. What this portends to future games being supported by the Switch-Up, I can only assume the worst.

Does the Collective Minds Switch-Up Game Enhancer capture the magic of the bygone GameShark era? Yes, sort of. While some great feats can be done with simple button combinations, the more impressive GameShark-esque features like “infinite coins” require a little more legwork. Some may find the extra drudgery rewarding, but I’m an instant gratification sort of dude. For me, the true “enhancement” possibilities come with the ability to use non-Nintendo gamepads on the console, all for less than half the cost of a Nintendo Switch Pro Controller. I can’t call it a “must-have” Nintendo Switch accessory, but it’s certainly earned its cool credentials.