Study: There May Be as Many as Four Evil Civilizations in Our Galaxy

Wait, is that good news or bad news? 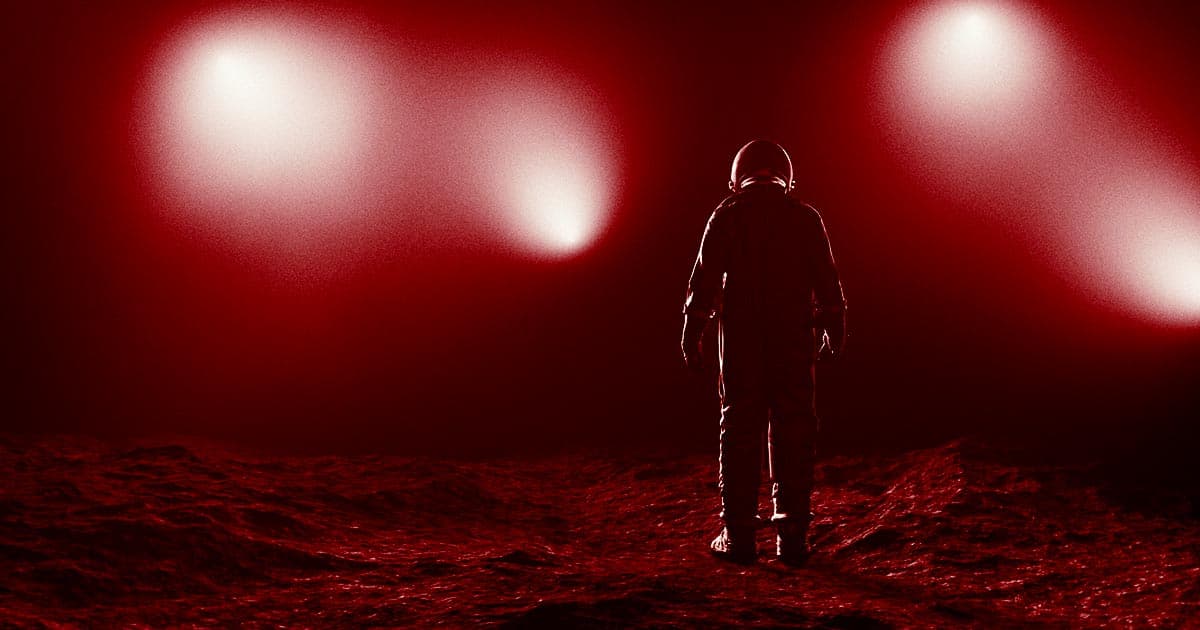 In a mind-bending new paper, one researcher calculates that there are as many as four "malicious" alien civilizations in our home Milky Way galaxy alone.

According to the yet-to-be-peer-reviewed paper, by Spanish researcher Alberto Caballero, it's not a leap to assume that if aliens are anything like humans — that is, if they're warlike and prone to invade the territory of others — there's a pretty strong probability that some number would pose at least a potential threat to us Earthlings.

The first caveat, as Vice notes in an interview with Caballero, is that the sole author of the paper is not an astrophysicist, but a conflict resolution PhD student at Spain's University of Vigo. He has, however, demonstrated acumen in the search for extraterrestrial intelligence (SETI) field by publishing a separate paper in the University of Cambridge's peer reviewed International Journal of Astrobiology about the potential origins of the notorious WOW! signal.

Part thought experiment and part game theory, Caballero's admittedly out-there paper is also interesting because of the way he reached his conclusions: by using a formula that takes into consideration how technologic advances seem to make civilizations less likely to invade one another.

By using known data about the ways humans have historically invaded each others' territories and comparing it to the number of assumed habitable exoplanets in the Milky Way, this alien-focused conflict resolution researcher deduced that although there could be up to four hostile alien civilizations in our galaxy, Earth is vastly more likely to be destroyed by an asteroid than to be invaded by bloodthirsty aliens.

"I did the paper based only on life as we know it," Caballero told Vice. "We don’t know the mind of extraterrestrials. An extraterrestrial civilization may have a brain with a different chemical composition and they might not have our empathy or they might have more psychopathological behaviors."

That's a fair point. There's a whole lot of base assumptions going into Caballero's paper: first, that an extraterrestrial civilization would even be interested enough in humanity to invade us, and secondly that increases in technological advancements would make them less warlike and not more so.

But given that space peace between the US and Russia continues to hold fast amid the latter's US-opposed invasion of Ukraine, maybe it's not such a stretch to believe that if aliens think anything like us, their potential ability to travel the cosmos would subdue their bloodlust.

Read This Next
Sky Eye
Sorry, But New Signal Is Definitely Not Aliens, Says Scientist Working on Project
Loose Signal
Potential Alien Signal Coming From Direction of Earthlike Planet, Scientists Say
Phone Home
The Scariest Messages We Could Detect From Aliens, According to the Internet
Search for Life
Former Astronaut Suggests Specific Planet for James Webb to Search for Life
The D
Scientists Find Life-Friendly Exoplanet They Say Is Close Enough to Visit
More on Off World
Going Down
Jun 25 on the byte
Scientists Say the Sun Is Acting Up and Causing Satellites to Fall Back to Earth
Target Practice
Jun 24 on the byte
NASA Spots Location Where Derelict Rocket Smashed Into the Moon
Fly Already
Jun 24 on the byte
SpaceX Finally Lifts Super Heavy Booster Using Giant Robot Arms
READ MORE STORIES ABOUT / Off World
Keep up.
Subscribe to our daily newsletter to keep in touch with the subjects shaping our future.
+Social+Newsletter
TopicsAbout UsContact Us
Copyright ©, Camden Media Inc All Rights Reserved. See our User Agreement, Privacy Policy and Data Use Policy. The material on this site may not be reproduced, distributed, transmitted, cached or otherwise used, except with prior written permission of Futurism. Fonts by Typekit and Monotype.