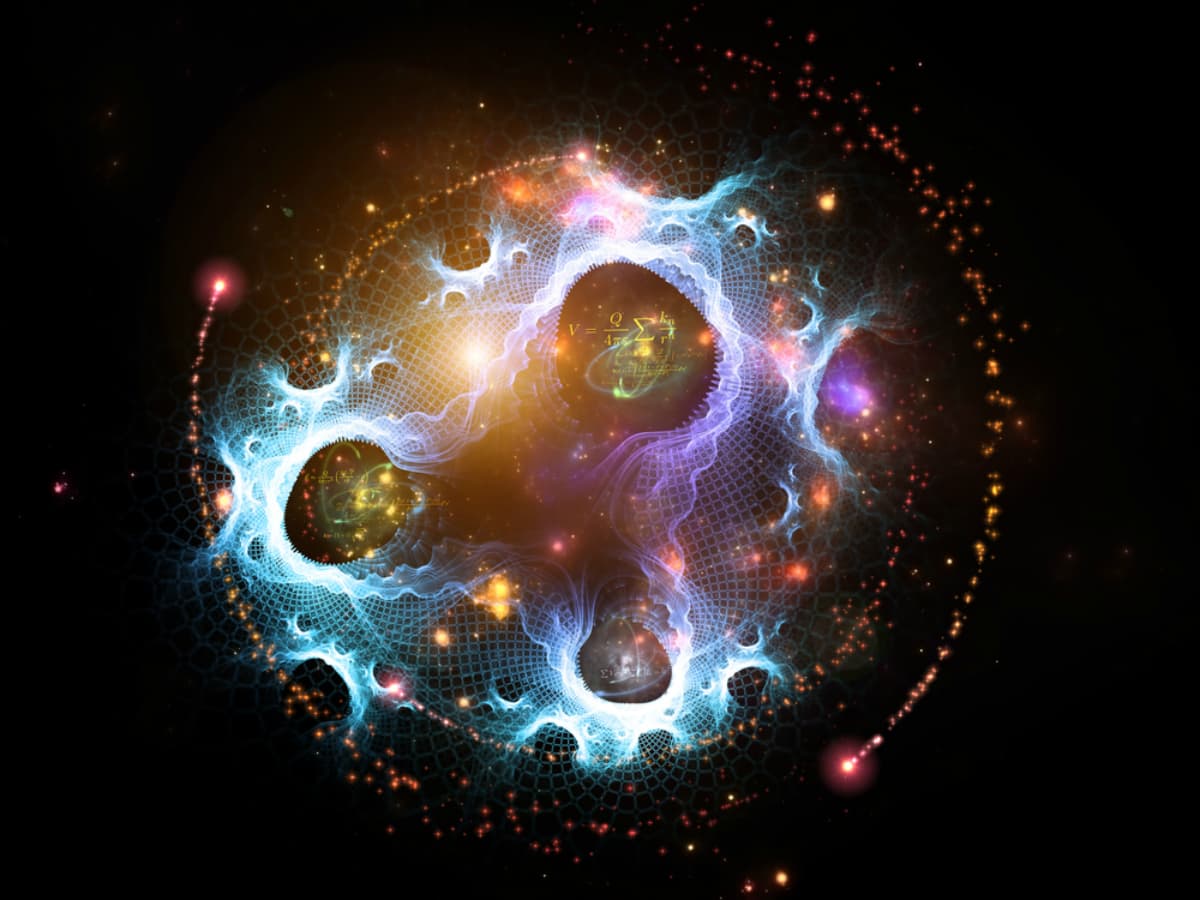 Science often isn't a bold "Eureka!," a shout that that is loudly proclaimed after decades of painstaking research. Rather, many times, it begins with a "Huh, that's funny," and it ends someplace entirely unexpected. Case in point: This week, physicists announced that they uncovered a hidden connection between a famous 350-year-old mathematical formula for pi and quantum mechanics.

Pi is the ratio between a circle's circumference and its diameter. And in relation to this most recent paper, the research all goes back to English mathematician John Wallis.

In 1655, Wallis published a formula for calculating pi as the product of an infinite series of ratios. In a paper published this week in the Journal of Mathematical Physics, University of Rochester physicists announced they had discovered the same formula in their calculations of a hydrogen atom’s energy levels.

So in a weird way, pi and quantum mechanics have a connection.

Rochester physicist Tamar Friedmann and co-author Carl Hagen were working on a specific kind of technique, known as the 'variation principle,' that could be used to approximate the energy states of quantum systems. Hagen was attempting to demonstrate the technique for his students. Notably, in this case, he was working with the hydrogen atom. But when Hagen went to solve the equations, he noticed that the error bars were the exact opposite of what the technique is supposed to produce.

Hagen explains, “At the lower energy orbits, the path of the electron is fuzzy and spread out. At more excited states, the orbits become more sharply defined and the uncertainty... decreases.” As they worked out this trend, they quickly realized that what they got from the hydrogen atom was a manifestation of the Wallis formula for pi – the first time it had even been derived from physics.

"We weren't looking for the Wallis formula for pi. It just fell into our laps," Hagen said in a press release. "It was a complete surprise," added Friedmann. "I jumped up and down when we got the Wallis formula out of equations for the hydrogen atom."

Just a little proof that, sometimes, science takes you to some odd places.

Read This Next
Brands We Love
The New 'What if 100' Book Uses Real Science to Answer Wild Hypothetical Questions
Brands We Love
Build A Career Backbone With This $16 Discrete Mathematics Course
Brands We Love
Watch Thousands of Thought-Provoking Shows and Documentaries on Curiosity Stream
Dr. Strange
Scientists Observe "Time Crystals" Interacting With Each Other
Brands We Love
Go Beyond The Science Headlines With The Fundamentals Of Physics Course
More on Hard Science
Tractor Beam
Thursday on the byte
Scientists Build Working Tractor Beam, Although It's Comically Tiny
Having a Blast
Jan 18 on the byte
New Study Shows Where You Should Hide to Survive a Nuclear Attack
Offworld Amino
Jan 15 on the byte
Scientists Find Building Blocks of Life in Meteor That Smashed Into Family's Driveway
READ MORE STORIES ABOUT / Hard Science
Keep up.
Subscribe to our daily newsletter to keep in touch with the subjects shaping our future.
+Social+Newsletter
TopicsAbout UsContact Us
Copyright ©, Camden Media Inc All Rights Reserved. See our User Agreement, Privacy Policy and Data Use Policy. The material on this site may not be reproduced, distributed, transmitted, cached or otherwise used, except with prior written permission of Futurism. Articles may contain affiliate links which enable us to share in the revenue of any purchases made.
Fonts by Typekit and Monotype.